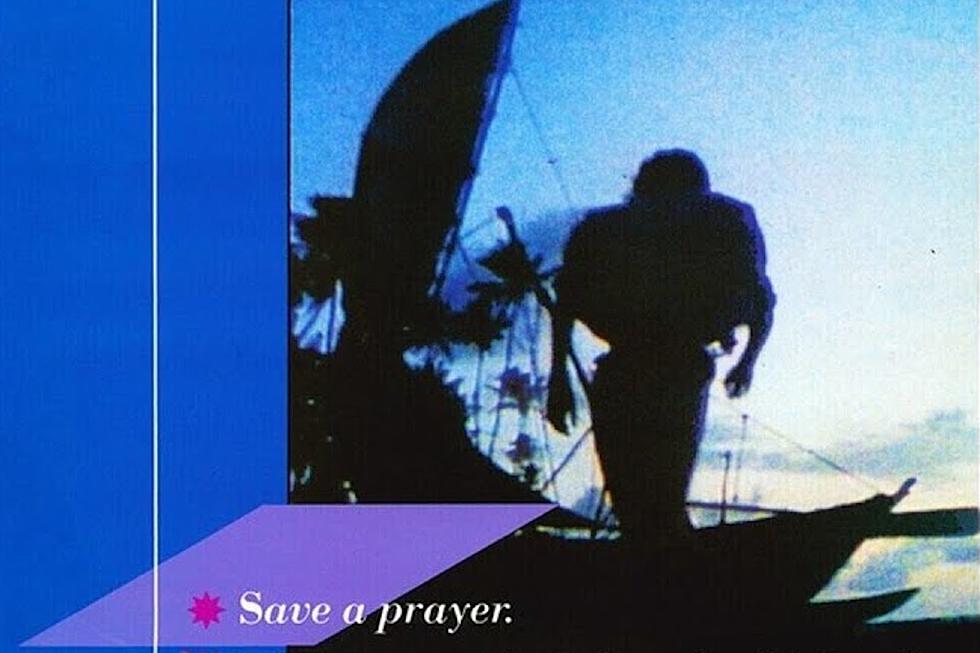 Duran Duran released "Save a Prayer" as a single in the U.K. on Aug. 9, 1982, and it became the highest-charting hit from the Rio LP in their home country.

The midtempo No. 2 smash was a departure, as Duran Duran's previous singles were all geared for the dance floor. The song was an outlier on Rio, too: "Save a Prayer" was a moody ballad driven by lush, pirouetting keyboards and acoustic guitars, and a rhythm section that propelled the song forward with nuanced grooves.

Lyrically, the single highlighted the beautiful aspects of a casual fling, elevating something people might consider crass into a sweet romantic dalliance. Duran Duran's protagonist reassures a crush object that the night will be worth it: "And you wanted to dance so I asked you to dance / But fear is in your soul / Some people call it a one-night stand but we can call it paradise." And don't feel guilty about giving into pleasure, as the chorus notes: "Don't say a prayer for me now. Save it 'til the morning after."

"Save a Prayer" coalesced in the band's rehearsal space at the Rum Runner, Duran Duran's de-facto headquarters in their hometown of Birmingham. Keyboardist Nick Rhodes was idly working on a piece of music on the Roland SH-2 synthesizer and CSQ-100 sequencer and then fed it into a cutting-edge instrument called the Roland Space Echo. "And as I was playing with it, I stumbled upon this fantastic delay that was in time with the sequencer, which was something that I'd never really used on the first album like that," he told this writer.

"And this was a slower sequence, so it had the space in the music for the delay in between it. It really just sounded hypnotic and magical." For good measure, he then figured out a complementary melody line on the Roland Jupiter-8 synthesizer.

Guitarist Andy Taylor happened to be in the vicinity and heard what Rhodes was up to. Inspiration struck, so he grabbed an acoustic guitar and started figuring out chords. "I hadn't even thought about chords at all, all I had was this little sequence and the melody that went on top of it," Rhodes added. "And he really figured out some beautiful inversions of a chord sequence that worked with what I had."

Duran Duran's blend of acoustic and electronic is one reason why "Save a Prayer" works so well. It also contributed to the song's success. "Save a Prayer" was prevented from topping the U.K. chart only because of Survivor's "Eye of the Tiger."

"Save a Prayer" ended up having a lengthy self-life in the U.S. MTV played the video in 1983 when Duran Duran was riding high on the charts. However, the song wasn't issued as a single in the States until early 1985, with an edited version known as the U.S. mix backed by a live update from 1984's Arena. (There was also a music video for the live version.)

"Save a Prayer" debuted at No. 53 on the Billboard Hot 100 for the week ending Feb. 2, 1985, and later peaked at No. 16 in mid-March. By that point, "Some Like It Hot" — the first single from the Power Station, a side project featuring John and Andy Taylor — was starting to make waves on radio.

"Save a Prayer" remained a fan favorite, especially live. Duran Duran even offered a memorable performance of the track alongside an orchestra at the opening ceremony of the 2022 Commonwealth Games in Birmingham, 40 years after its debut.