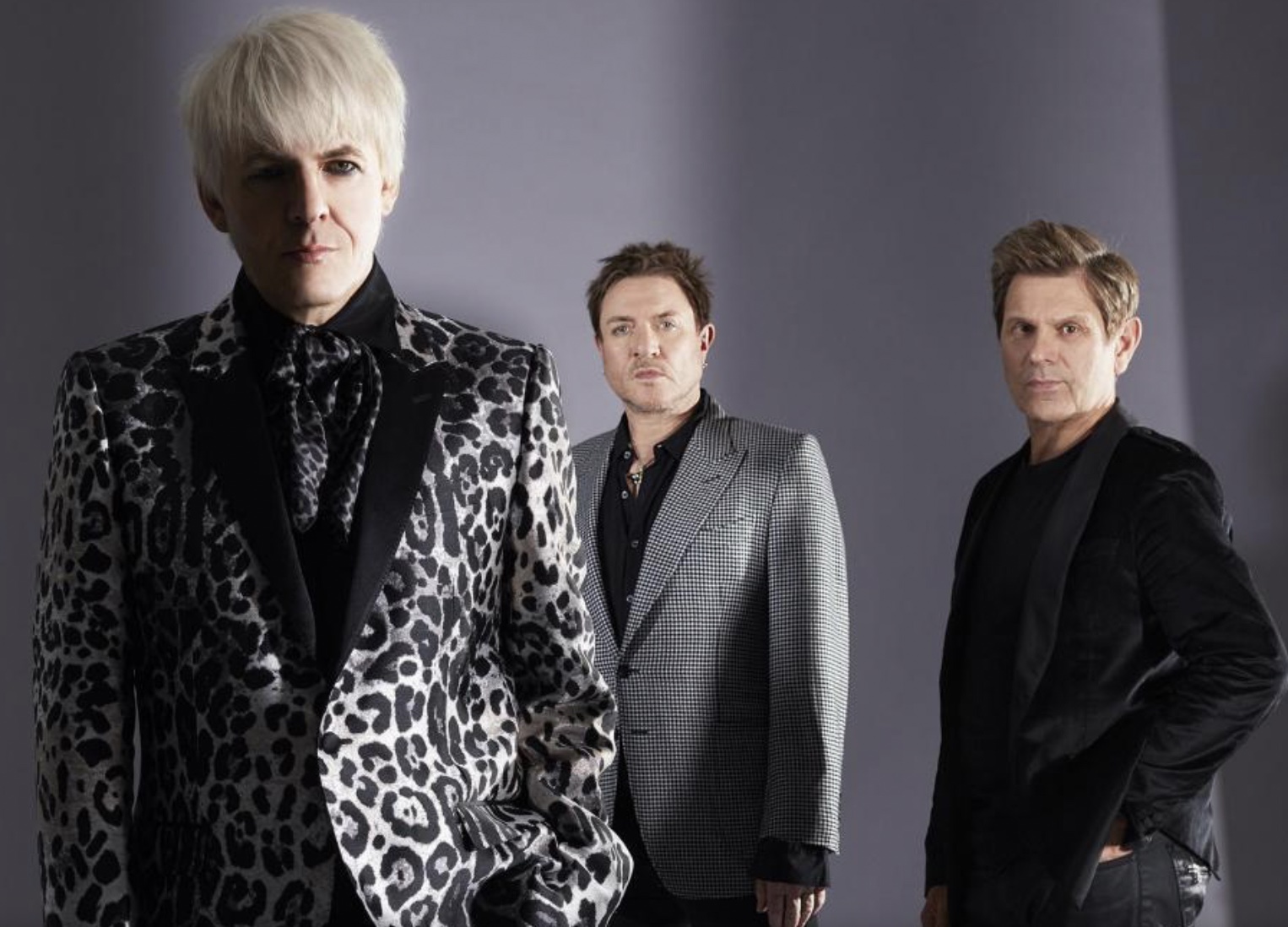 Event(s) of the Year – Well, I could say the Euro football match that the UK came so close to winning cause that was a big event to me, or I could say getting our album FUTURE PAST ready which was a big event, but I really feel like the shows we got to play in 2021 was my event(s) of the year. We started out little (Manchester, Birmingham) and then we got a little bigger with Festivals, ending with a bang at Austin City Limits, which to me, was my event of the year.

Best Movie You saw in 2021 - I really didn't see anything of note this year, I am afraid BUT...I am really looking forward to seeing both Dune and the new James Bond, No Time to Die.

TV Show(s) You Binged in 2021 – Too many to name. There is The Outlaws, an English show. It was a year of TV for us. I think Queens Gambit is my pick of the year (ed. note: Simon picked this last year, too). I love Anya Joy-Taylor! She should play me in a movie.

Best Book You Read in 2021 – Well, I do mostly audiobooks now but I bought a book called the Devil and the Dark Water. What a fantastic book - mystery and character development but a crap ending!

Best podcast You Heard in 2021 - I really like true crime podcasts.

Best Music You Heard in 2021 - I can't say Duran Duran, that would be conceited - even tho we made some of the best music in 2021... The biggest surprise for me was an English band from the Isle of White called Wet Leg and their song "Chaise Longue."

Favourite Duran Duran Moment of 2021 - We did a recording for BBC Radio 2's in concert series, it's a really famous series. We went straight upstairs to do a 1/2 hour interview with a DJ named Jo Whiley who has been a big champion of hours and we couldn't stop laughing, the pressure had come off us, we were at our absolute best. We have worked so hard since the summer, and we really didn't stop until the 2nd week of December, so it was a nice release.

Looking Forward to in 2022 – I am already looking forward to the summer because it's dark and dingy here! And I hope we get to play some live shows. A tour would be wonderful.

Event(s) of the Year – Probably one of things that really affected me was the passing of Charlie Watts. It was a shock, he was certainly one of my biggest heroes, a big inspiration to me. It felt like the end of an era for me. It's a shame we didn't get to meet up again, in the last years of his life we never got together, even though we were supposed to. The other event that was big for me was the roll out for the vaccine. I felt we could finally conquer Covid with science.

Best Movie You saw in 2021 - I didn't go the cinema much actually, but while the UK was in total lockdown, I found myself in Florida so I went to a movie theatre with Julian to see Godzilla Vs. King Kong. I also saw the new James Bond No Time to Die, which I loved. It was my movie of the year.

Best Book You Read in 2021 – My favourite book of the year was called Think like a Monk by Jay Shetty. I picked it up on the airport, I thought it looked like an interesting read. I loved it, I couldn't put it down. It was informative and inspirational.

Best Music You Heard in 2021 - A lot of stuff came out this year as compared to last, but my favourite band, that I always talk about - London Grammar - came out with another beautiful album. The soundscape they create doesn't disappoint. I also keep hearing "The Tipping Point" by Tears for Fears, it's one of the best things I've heard this year.

Favourite Duran Duran Moment of 2021 - So many great moments came up. Playing live again - Austin City Limits, Isle of Wight, Birmingham - after having been away for two years, the shows were just incredible. The #1 moment for me tho has to be....the album release! You can make an album you think is the "bee knees" but you don't know how any one else will feel about it, but we got a lot of positive vibes back from everybody.

Looking Forward to in 2022 – Getting out and playing live again. It has to be that. We spent a lot of time terminating away during lock down, we have done a handful of shows but I'd love to get out and do some proper touring.

Event(s) of the Year – There were a few real highlights: The Isle of Wight Festival was great, and it was exciting being on that bill. Austin City Limits in America was a very different kind of festival for us, and that was interesting because we'd stepped in to replace someone who had pulled out, and all the tickets were sold already. It was different playing to an audience who didn't really buy tickets to see us! But for sure, our shows in Birmingham at the 02, which is a very small proper old-school venue, was my event. We had a great evening, and so did the audience, at one point I literally thought the place was going to fall down.

Best Movie You saw in 2021 - I watched The Bitter Tears of Petra von Kant which is a fabulous Fassbinder movie. It's really fantastic character development. I also watched Myra Breckinridge again. Mike Same directed it, I met him many years ago. Three are lots of things I wan't to see in the cinema, particularly Dune.

TV Show(s) You Binged in 2021 – I don't binge anything. It's an unpleasant word. I did watch some TV series though. I did quite like Midnight Mass, the characters are interesting and there are some good twists in it. I watched Ratched, which looked exquisitely beautiful and the styling was fabulous.

Best Book You Read in 2021 – I started the year by re-reading Bram Stoker's Dracula. It's so beautifully detailed. That was fun to read. My favorite book of the year is always a picture book. Stephen Gill put out "Please Notify the Sun," this year. Truly a magical book.

Best podcast You Heard in 2021 - I don't listen to podcasts, but I was on one with Brian Cox called "Sing for Science." The podcast combines music and science, and as you may well know, I am fascinated by many scientific things. I don't know that my episode is out yet (Ed. Note : it's not).

Best Music You Heard in 2021 - I have to say it's Simon's playlist from his SiriusXM show WHOOOSH!, which has Katy as his co-host. I really enjoyed hearing the new music he finds. It has been quite inspirational to listen to things that are different. WHOOOSH! provides me with a stream of fresh things to listen to.

Favourite Duran Duran Moment of 2021 - Beside the shows, which were incredibly uplifting for all of us, it has to be the release of our album. If it was up to me, I'd release a Duran Duran record every 18 months. I've put out 5 albums this year with Astronomia!

Looking Forward to in 2022 – I am looking forward to HOPE. It has been a pretty rough year for everyone. I am grateful we got to play the shows, put out an album and were able to do some press-things...I hope things improve next year for everyone.

*John had already left for holiday when these interviews occurred and we weren't able to connect with him on his Year End List.