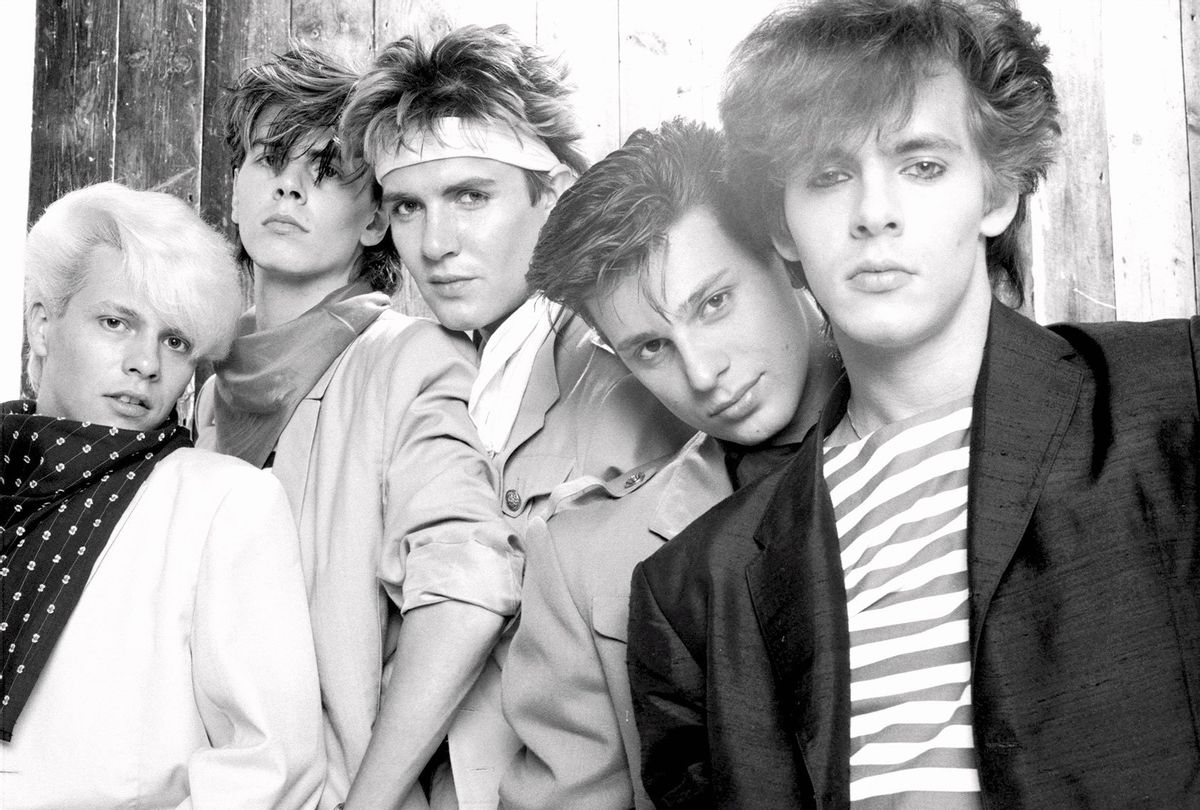 Some new artists take a while to find their creative groove or footing. But the Birmingham-formed Duran Duran experienced remarkable success from the release of their first single, "Planet Earth."

Released 40 years ago, on February 2, 1981, the song reached No. 12 on the U.K. singles chart; led to the band making an appearance on "Top of the Pops"; and even made inroads on the U.S. Billboard dance charts. Named one of the "100 Greatest Debut Singles of All Time" by Rolling Stone, "Planet Earth" remains in the band's live setlists and has inspired younger generations: Both The Killers and My Chemical Romance's Gerard Way have performed the song with Duran Duran.

"I call it funky punk. I was really a punk rocker," John Taylor told Complex in 2012 about the song. "Then I discovered disco. When I discovered disco, I didn't want to be a guitar player in a punk band. I wanted to be a postman in a funk band. But I was a punk and I never was going to be able to play like Chic. So 'Planet Earth' for me, as a bass player, was an expression of sort of my punky aspiration to be danceable to have that disco thing going on."

He wasn't the only band member who saw parallels between other genre-blending rockers. Andy Taylor once said the "essence" of the song was from Rod Stewart's rakish 1979 disco-rock hit "Da Ya Think I'm Sexy?" Taylor, who worked with Stewart later in the '80s, added, "The synth-guitar hook line that kicks off the tune is played on the same scale and key; the first two chords Dm7 and F are the same, so the melody/counter-melody lines are interchangeable."

But "Planet Earth" is great because it feels like a response to trends — punk, disco, Krautrock, Bowie — not a direct replication of what had already been done. Of course, back in 1981, that desire to rearrange the status quo was a driving force for Duran Duran and other hungry young bands. In fact, circa "Planet Earth," the group were being tagged as part of the burgeoning New Romantic movement. Popular mainly in the U.K. and spawned from certain danceclubs, the trend was distinguished by sonic melodrama and a fancy sartorial aesthetic.

As it so happens, each of the major New Romantic bands also released stellar debut singles. Although the Steve Strange-led Visage had a major UK hit in 1980 with their second 45, "Fade to Grey," the 1979 single "Tar" was a synth-industrial grind that presaged what electro group The Faint would do decades later. Classix Nouveaux, a band formed from the ashes of X-Ray Spex, debuted with "The Robots Dance," a creepy slab of electro-gothic cabaret. And Spandau Ballet made a splash in 1980 with the glamorous "To Cut a Long Story Short," which paired a swerving keyboard line with dramatic vocals and reached No. 5 on the UK singles chart.

But even then, Duran Duran were distinguishing themselves from their peers. The first verse of "Planet Earth" features the lyrics, "I heard you making patterns rhyme / Like some New Romantic looking for the TV sound," which alludes to some suspicion about the movement. The next line, "You'll see I'm right some other time," hints further that the narrator knows the style is ephemeral.

But right off the bat, the band established enigmatic bona fides with the lyrics "making patterns rhyme." While on the surface a head-scratcher, the phrase doubles as a rather smart description of music itself, which can be an elusive and intangible thing to describe. As "Planet Earth" progresses, the mystery only deepens. The lyrical landscape alludes to new beginnings, and trying to be heard — both very relevant concerns of a young band — but the phrase "There's no sign of life" could hint at an apocalypse or the state of culture.

Yet the song isn't cynical or arrogant, but a proud declaration — a vibe lead singer/lyricist Simon Le Bon underscores with an urgent, confident vocal delivery that leverages his theatrical background. "You couldn't want for a better day for a single then a song that goes, 'This is planet Earth,'" John Taylor said in 2012. "It's a fanfare. It's like, 'Planet Earth, meet Duran Duran. Duran Duran, meet planet Earth.' It's one of those, 'All are welcome' [songs]."

Live, "Planet Earth" has taken on many forms across the decades. Back in 1981, the single had an extended "Night Version" mix with swooning sax, simmering percussion and intensive dance grooves. During the band's 1993 commercial resurgence, the group stripped away the synth-pop sheen in favor of bustling acoustic guitars and a mysterious vibe.

In 2019, Duran Duran performed a special show at Kennedy Space Center to commemorate the 50th anniversary of the moon landing. After a meticulous, starry light show and a performance of the solemn 2015 song "The Universe Alone," the band kicked into "Planet Earth." On that night, the song's lyrics ("Can you hear me now? This is Planet Earth,") took on poignant new meaning in context with the space travel setting.

In that same spirit, after David Bowie died, Duran Duran slotted a cover of the icon's 1969 single "Space Oddity" into live performances of "Planet Earth." On the surface, the segue may have seemed odd: "Space Oddity" is slower and brooding, the melancholy musings of an astronaut hopelessly lost in space, not an upbeat celebration. However, the juxtaposition worked, as the stitched-together songs created an intriguing scenario. Perhaps the protagonist of "Planet Earth" is the same one featured in "Space Oddity." Against all odds, the seemingly doomed astronaut managed to escape his fate and crash-landed on a faraway planet, where he started anew.

In another nod to their roots as Bowie fans, Duran Duran recently covered "Five Years," the first song on 1972's "The Rise and Fall of Ziggy Stardust and the Spiders from Mars," an LP Rhodes and John Taylor particularly loved. Their version is elegiac and somber, an appropriate tone to take on a song that's also about having a finite timeline to live.

Yet this cover is a full-circle thematic moment for Duran Duran as well, as "Five Years" is a beginning, much like "Planet Earth" was: The song is the first look at Bowie's Ziggy Stardust persona. Unlike Ziggy, however, the band isn't staring down the end of the world. Forty years on, with a new album on the way and tour dates (ostensibly) on the calendar, Duran Duran are still making patterns rhyme — and hurtling forward into the future.

Annie Zaleski is a Cleveland-based journalist who writes regularly for The A.V. Club, and has also been published by Rolling Stone, Vulture, RBMA, Thrillist and Spin.