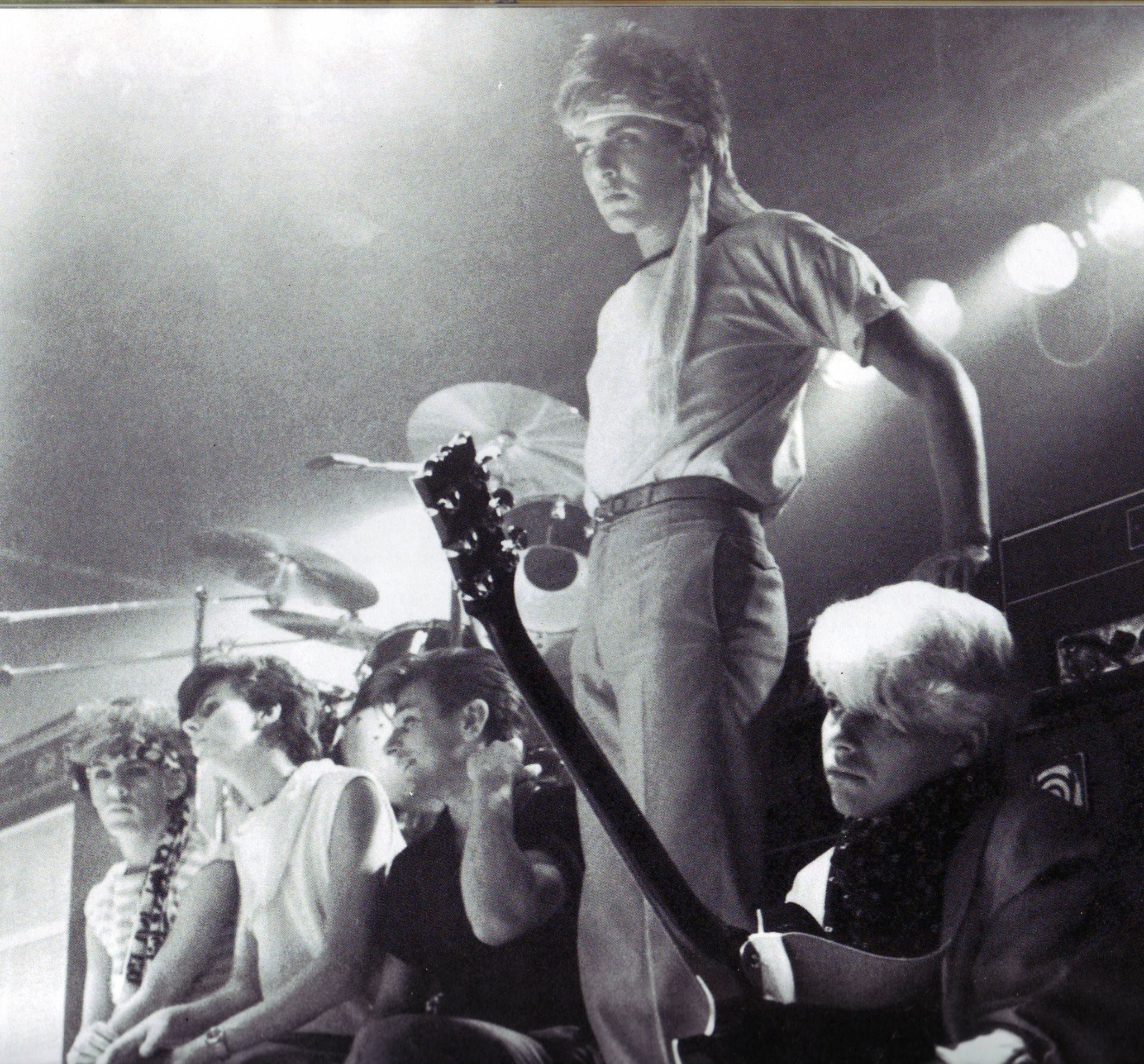 When Duran Duran and directors Kevin Godley and Lol Creme convened at Surrey, England’s Shepperton Studios 40 years ago, on Aug. 13, 1981, a new American cable network called MTV — which would soon become hugely instrumental in the young New Romantic band’s career — was only 12 days old. So, no one had any censorship concerns when making the music video for Duran Duran’s new U.K. top five hit, “Girls on Film.”

“The fact that MTV came into existence shortly after that kind of muddied the waters a bit,” Godley adds with a chuckle.

Suffice to say, Godley & Creme’s original softcore-porn concept for the uncensored, six-minute Night Version of “Girls on Film” wasn’t going to pass muster with any network’s censors, other than maybe Skinemax; it was quickly banned by the BBC in the group’s native Britain, and the version that MTV eventually aired was drastically different. As Duran Duran performed next to a fashion runway that led up to a boxing ring, two video vixens wearing see-through lingerie (or in some cases, much less) mud-wrestled, Sumo-wrestled, engaged in a pillow fight while straddling a shaving cream-slathered pole, received mouth-to-mouth from a virile lifeguard, and rubbed champagne-bucket ice cubes on their bare nipples — among other “various erotic situations that we might be able to shoot in a way that would be titillating,” Godley says.

Godley knew he and Creme were on to something when, unsurprisingly, many (male) lookie-loos wandered onto the Shepperton Studios set during the two-day “Girls on Film” shoot. “There were a number of soundstages, and our particular set was blacked out, other than the catwalk set itself. But at certain points during the shoot, I kept seeing faces peeping around the corner, like a row of six faces,” he recalls with a laugh. “What apparently happened is members of various crews on other productions on the other stages heard about what was going on, and they came to pay a short visit to see.”

And of course, Duran Duran knew exactly what they were doing from the start, and the subsequent uproar had exactly the desired effect. “I know the band were quite pleased about [the video being banned], because looking back, part of the reason it was done in the first place was to try and break America,” says Godley. “It helped them, as opposed to hindering them.”

Godley explains that the risqué video was “much about the band trying to bring that European visual perspective to America,” and the images that he and Creme came up with were certainly intercontinental. “Lol and myself were due to go on holiday, so we couldn't make the video until we actually came back. But while we were away on holidays in two different parts of the world, Lol and his wife went to Los Angeles, while myself and my wife went to France. We resolved to keep our eyes and ears for some inspirational imagery while we were in those two places — and when we reconvened after the holidays, Lol had seen mud-wrestling, and I'd been to a few fashion catwalk shows. And essentially, those are the two basic elements that we put together,” he laughs.

In a cheeky deleted scene from a little-seen, slightly different version of the original “Girls on Film” video, the Duran band members held up a sign that read, “SOME PEOPLE WILL DO ANYTHING TO SELL RECORDS,” proving that they were very much in on the joke. But much of the irony and subtext of the video was lost on viewers. “The original idea, I guess, was an ironic take on exploitation, because that's what the song was about,” Godley explains. “We were trying to stay true, in our own way, to what the song was about and be ironic about it. But particularly in America, irony isn't a hugely popular thing, so maybe it just went over people's heads and all they saw was naked women. I think it was originally conceived to be a little bit more intelligent than it is.”

Godley is quick to say that he never thought “Girls on Film” was exploitative, stressing that the highly “professional” models “were totally up for it” and “didn't mind showing their bodies,” and that “even when they were showing their bodies off, there was a sense that they were doing it with some power and that it was intentional.” Also, when discussing the video’s optics that have aged most poorly — a scene featuring a white, blonde model in a fetish cowgirl costume riding a G-stringed Black man dressed as a horse — he insists that the Black dancer was merely the best candidate of several men who auditioned for the controversial equine role.

That eyebrow-raising scene actually made it into the almost unrecognizable, PG-13 edit (as seen below) that Godley & Creme were forced to do for MTV once the cable network started to take off in America. But most of the other shocking scenes of course didn’t make the cut, which was frustrating for the directors. “I think we were probably instructed to remove anything that resembled a nipple, anything like that. We did the best that we could without hopefully compromising the original idea,” says Godley. “I think it took a considerable amount of time — probably longer than it took to construct the original video! It was tricky, because we had to show things that we hadn't filmed a great deal of. I mean, it came out OK, but it's not a great sell. It's not a great piece of film in comparison to the Night Version, because it shies away from the whole purpose of what the film was made for. It was a pain in the ass to do it.”

But the legacy of the original, NSFW “Girls on Film” lives on. Two years after its limited release, Duran Duran won their first of two Grammys, for Best Short Form Video, for “Girls on Film”/“Hungry Like the Wolf,” and it could be argued that “Girls on Film” opened the door for other banned, R- or X-rated music videos like Soft Cell’s “Sex Dwarf,” Madonna’s “Justify My Love,” or the Prodigy’s “Smack My Bitch Up.” Godley & Creme, former bandmates in the classic rock band 10cc, also became an in-demand directorial duo, reuniting with Duran Duran four years later for “A View to a Kill” and also lensing videos for the likes of Lou Reed, the Police, Herbie Hancock, Culture Club, Peter Gabriel and Kate Bush, Frankie Goes to Hollywood, George Harrison, and Yes. “It just got people talking about us, I guess, as much as the band,” Godley says of “Girls on Film.”

But as scandalous as the “Girls on Film” video was way back in 1981, Godley admits, “I don't honestly think it would get made today. The system that operates today, it’s not as free and easy as it used to be. … I think everybody would possibly be too scared to do it, because they may get torn apart on social media. Because even though it's not that racy, it would be deemed inappropriate, I think.” He theorizes that if he were directing “Girls on Film” in 2021, “It would be more about the things that you didn't see — suggested, rather than being overt. But even then, I don’t think we’d get away with it.

“Let's face it, it was emblematic of the time, more than anything else.”