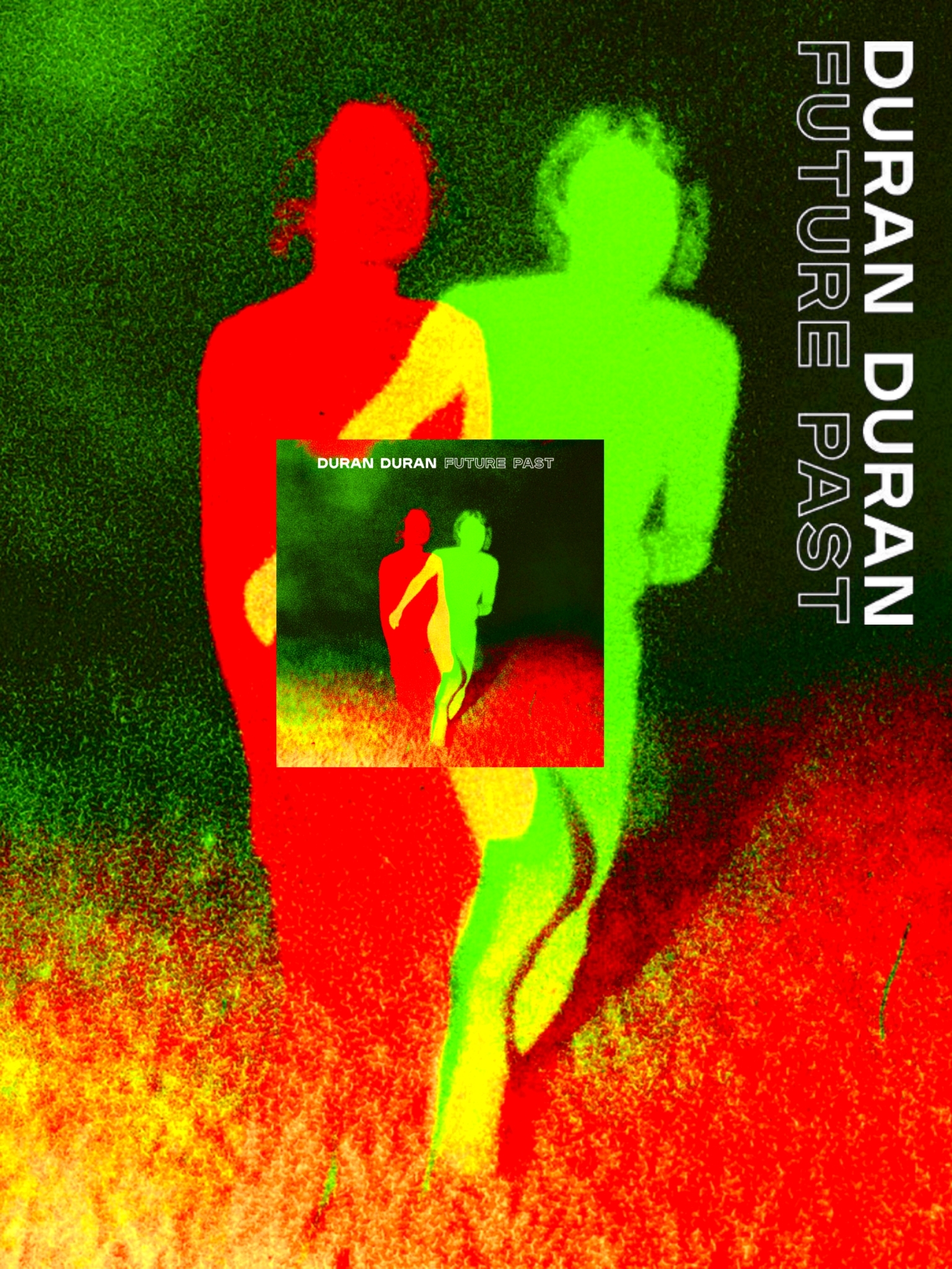 Forty years following the launch of MTV, we are now in a world where that network has been a lifestyle channel of scripted and “reality” programming longer than it was about music.

But in those heady early days, before the likes of YouTube, Instagram and TikTok, the network afforded a rare window of opportunity for artists and bands who weren’t getting played on the radio.

The window proved short for some. Men At Work, Flock of Seagulls, Culture Club and 2021 Rock and Roll Hall of Fame inductees The Go-Gos, to name four, had all basically broken up within five years of MTV went on the air with the Buggles’ “Video Killed the Radio Star.”

But one of the biggest breakthroughs and arguably the most videogenic, has kept going, even through rough patches.

Duran Duran is still here, 40 years after its debut and mostly intact, with four of the five members from those ’80s salad days present and accounted for on FUTURE PAST, their 15th studio album and first since 2015’s Paper Gods.

Derided in some quarters at the time as pretty face standard bearers for a video music network that was treated as more about style than substance, Duran Duran perservered in part because the material in those first few years held up better than the tut-tutters predicted and because the band itself proved adaptable enough to still produce hits for a while — the title track to “Notorious”, produced by Nile Rodgers in 1986 was one, the self-titled release from 1993, known more as The Wedding Album, produced “Ordinary World” and “Come Undone.”

The other aspect is that a lot of younger artists have definitely mined that ’80s sound, especially those synths, for several years now. The Weeknd’s “Blinding Lights”, the biggest hit of 2020 that spent a record 90 weeks in Billboard’s Hot 100, is just one example of a track that basically screams “I remember the ’80s!”

The through line from 1981 to 2021 is shorter than one might think in some cases.

This brings us to FUTURE PAST. Duran Duran is in a place where, even with three of their core four — singer Simon LeBon, bassist John Taylor and drummer Roger Taylor in their 60s and the fourth — keyboardist Nick Rhodes a spry 59 — don’t have as far a leap to produce something that sounds contemporary in 2021 as a lot of their rock-oriented chart contemporaries of the first half of the ’80s would.

It also allows them to find collaborators that play to their strengths without making them sound like they’re straining to be relevant (which could be called U2 Syndrome).

In this case, the most prominent are Erol Alkan, who co-produced and co-wrote most of the album and Graham Coxon, spending some Blur’s ongoing hiatus time to play guitar and co-write throughout. Throw in guest appearances from the likes of Swedish pop star Tove Lo, Japanese pop band Chai, English rapper Ivorian Doll, longtime David Bowie pianist Mike Garson and producer Mark Ronson on guitar. Disco legend Giorgio Moroder, one of the band’s influences, co-produces a couple of tracks.

Even with all the outside names, the final result is unmistakably still Duran Duran with a well-produced, cohesive album clearly connected to their ’80s heyday without trying to painstakingly recreate it.

It’s certainly no stretch for listeners of a certain age to picture Casey Kasem’s voice announcing more than one of these songs as the “latest to be climbing up the charts” on an American Top 40 back in the day.

Take “Anniversary”, for example, opening with John Taylor’s thumping bass and Rhodes’ synths kicking things off. You can almost picture the ’80s video for it in an exotic locale as that chorus kicks in with LeBon’s voice soaring and the “doo doo do do doo doo” backing burrowing into your ear. They also throw in a sly hat tip or two to past Duran songs without it playing like pandering fan service.

Atmospheric “Give It All Up”, the track with the Tove Lo guest spot, is more rooted in more recent sounds, yet still soars on the chorus and doesn’t sound like the band trying to sound like someone else.

First single “Invisible” opens with a little guitar and percussion that sounds like 1985 in Paisley Park before that Duranian chorus kicks in.

And the band sounds good throughout. The Taylors provide bounce and groove. Rhodes’ keyboard work adds color, shade and lift. Le Bon’s voice has held up pretty well over the last 40 years.

“More Joy”, which features CHAI, is a bit of bubblegum electronica that would be too cavity-inducing if it were indicative of the whole album, but acts perfectly as a smile-inducing sugar dose here.

There’s a reminder in “Wing” that not everything about the band has conjured up visions of yachts and sunny vistas. Goth-loving Nü-Metal stalwarts Deftones covered “Chauffeur” after all.

Le Bon sings lyrics like. “I’ll never show the knife that’s deep inside/How with its twist, the more it cuts away at pride/Like a rabid dog at communion/That we could not hide away/The family’s secret bloodstained history” in the verses while asking “And I pray to consequence if my voice you hear/For a better man to be in my head” in the chorus. The listener hopes that prayer’s answered.

“Nothing Less,” is similarly not all sunshine and rainbows, with Coxon’s guitar lending an atmospheric edge.

“Future Past” is a lighter cellphone-waving crooner ballad meets Abba where Coxon sounds like he’s dropping in from a 1977 Bowie session at Hansa for the solo.

Contrary to one might think by the more personal lyrics at times, FUTURE PAST is not a pandemic album. The album was being prepped for a 2020 release before things hit. The group reconvened early this year, listened to it with fresh ears and made some tweaks and changes.

The Moroder tracks don’t quite reach the heights one would hope for. “Beautiful Lies” opens and you smile, half-expecting 1981 Debbie Harry or the late Donna Summer to start singing it, but it doesn’t quite take off.

Meanwhile “Tonight United” strives for anthemic uplift, but, even with the hook, it feels like its trying a shade too hard.

The Moroder cuts aren’t the only ones where Duran Duran visit the disco. “All of You” wounds up besting them with that bassline and a chorus that sticks.

Comfortable, but not coasting, Duran Duran’s willing eagerness to stretch things enough to keep things fresh is a joy, even if not every moment reaches sheer perfection.

If a smidge below the heights of their best work, it’s the best yet in their more recent run of albums that’s shown them at their most consistent since that heyday.

FUTURE PAST shows that there’s plenty of life left in Duran Duran, well after they started and well after factors more powerful than video killed the radio star. They do right by both words in the title.

Previous Article
Simon on Australia’s SUNRISE
Next Article
Duran Duran review: Future Past threads the needle between novel and iconic
News
Back to all news