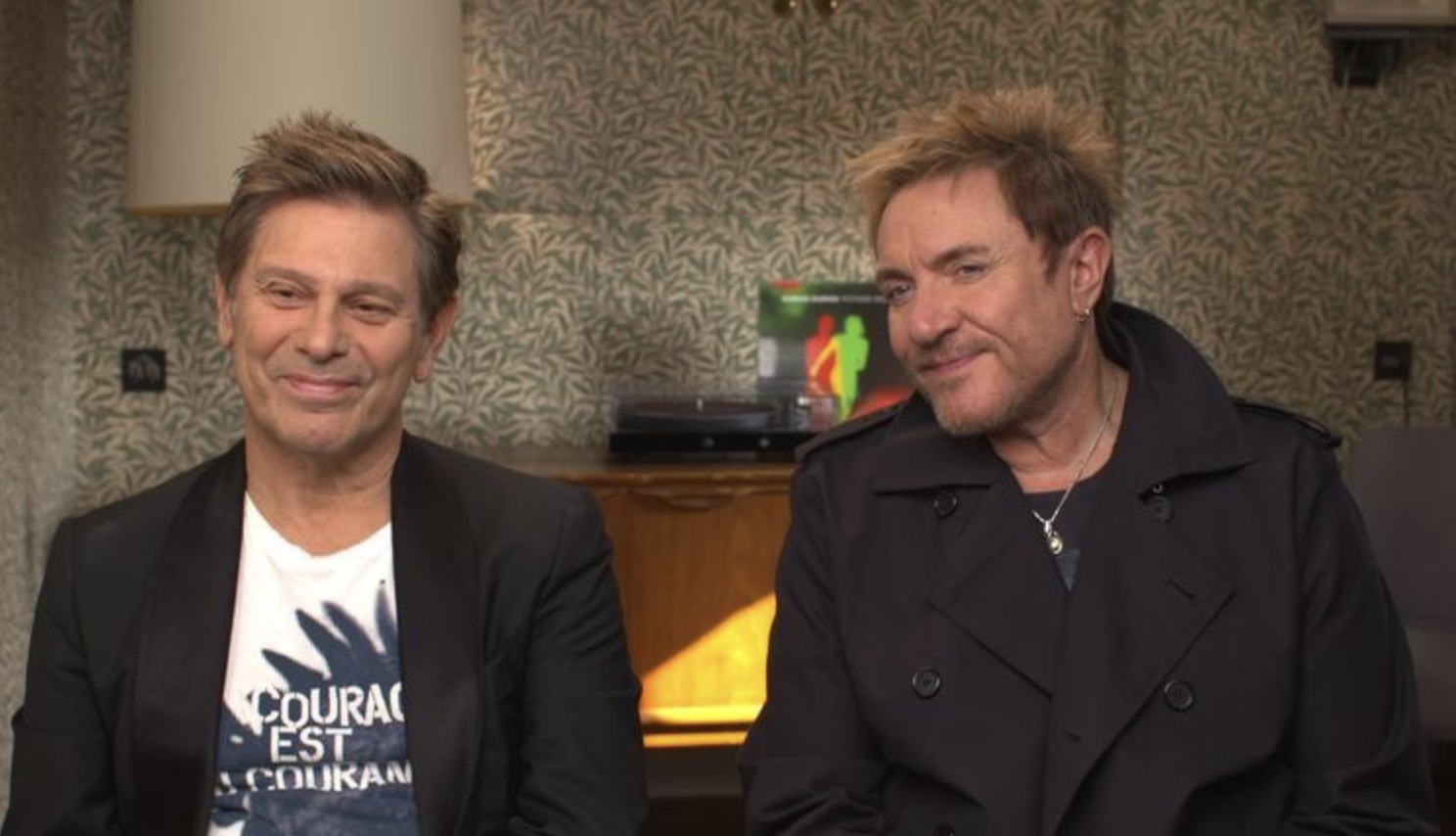 Simon Le Bon and Roger Taylor, frontman and drummer for Duran Duran, speak to Sky News as they release new album FUTURE PAST, 40 years on from their debut. "It feels like a miracle to be here," says Taylor of the band's longevity in the music industry.

Duran Duran don't need to throw a real-life party to mark their 40th. "I think this is it, I think we're in it," says frontman Simon Le Bon. The 40th for Duran Duran is the new album - their 15th - the venues still selling out, the fact they are still here, still together, still making music.

"I think it feels like a miracle actually, to be here 40 years later," says drummer Roger Taylor. "I think when you're younger, certainly myself, I didn't look very far into the future. I'd probably look a week ahead, I think, when I was 19."

Back then, the start of the 1980s, "if you got two or three years, you were doing really well", he adds. "So it feels extraordinary, it really does."

It's a sunny October afternoon, a few days before the release of album number 15, FUTURE PAST, and Le Bon and Taylor are sitting next to each other at a studio in southwest London, enjoying the fact their interview time also equals a catch-up.

It has actually been more than 40 years since Duran Duran first formed, but 2021 marks the 40th anniversary of their first single Planet Earth, and the eponymous debut album. It was the start of a pop star existence that brought them phenomenal fame; number ones, world tours, Grammys, Ivor Novellos, Brits and even a Hollywood star, and screaming fans who followed their every move.

While band members have changed over the years, the Duran Duran of 2021 - Le Bon, Taylor, keyboard player Nick Rhodes and bassist John Taylor - is only missing Andy Taylor, who left the band twice, from that 1981 line-up. (None of the Taylors are related).

For a 1980s band known as pretty boys of pop, remembered perhaps most fondly for dancing on a yacht in the Rio video, they've certainly gone the distance. With an estimated 100 million records sold, they are among the most successful bands in the world.

Taylor mentions The Rolling Stones when he considers bands that have lasted through the decades, but Mick Jagger and co have had some long periods of downtime. The six years between Future Past and Duran Duran's last album, Paper Gods in 2015, is the longest they have ever gone between records; if not for the COVID-19 pandemic, the gap could well have been considerably shorter. In the music industry, this kind of longevity is practically unheard of.

"We have not stopped working and making music," says Le Bon. "That's how it feels to us, that we've just been part of it. You can't be top of the pile for 40 years, but you know, halfway down, even near the bottom, kind of is acceptable - as long as you're in it, as long as you're part of the wallpaper."

While the band haven't marked the milestone year with an actual party, the celebrations come in the form of the single ANNIVERSARY (the album title and the singles are all in capitals), and a video featuring a wealth of celebrity lookalikes, from Elton John and Dolly Parton to Lady Gaga and Posh Spice. It was a "dream" guestlist, says Taylor.

"Like all Duran Duran parties, we invite everybody," says Le Bon. He grins. "You'd hear someone saying, 'Oh I'm afraid Meghan's broken her ankle and Harry's got a cold, so they're not going to make it tonight'." Still, they got the Queen. And many more. "There was one point where I did actually look down and I thought, hang on, that's not the real Jennifer Lopez, is it? It's very, very convincing."

It's a very different concept to the video for INVISIBLE, the album's first single, which was created entirely through AI, "a kind of alien creature", as Taylor puts it, called Huxley. "The images were astounding, I have to say. We didn't really know what to expect but I was really blown away by it. We've always tried to push the boundaries, but that was really... to another level, I think."

Known for their innovation, from early music video pioneers through to their AI video, Duran Duran have passed the stage where they feel awkward about embracing their roots. Both Le Bon and Taylor stress they are band always focused on the future and the new, but they are aware of how they got here.

It was Mark Ronson, who they have worked with a few times over the past decade or so, who helped them start to embrace their '80s-ness once again after a period of reluctance.

"[He] was the first one that said, you know what? Everyone's trying to sound like you, why don't you try and sound a bit more like yourselves?" says Taylor. "I think we've been on a bit of a journey of self-acceptance over the last few years."

"Every time we go on stage, we play Rio, we play Hungry Like The Wolf, we play those songs because we know that the people in the audience would not be happy if we didn't," says Le Bon. "So we've got to either love them or hate them, and it's much nicer if you love them, it makes your life much happier."

While audiences when they started out were predominantly young women, the typical Duran Duran crowd has changed over the years. "A lot of men come to the shows now, a lot of younger people," says Taylor. "It's a real across-the-board audience and it's a lot easier to deal with and to play to, I think."

Life in general is very different now. "It's easier to get the reservation in the restaurant you like," says Le Bon. "Obviously we've worked and we've been compensated for it, handsomely, which makes a lot of aspects of life easier. Also, we've got families now.

"We can walk down the street now, which is really, really good," says Taylor. "You know, there was a point at the height of the fame where I don't think I could have walked [here] from my home five minutes away…"

"You could only run," Le Bon interrupts, "because there'd be a whole school of people running behind you". The singer is laughing but it must genuinely have been scary at times, despite it being seen as par for the course for high-profile celebs.

"It is a weird thing because you grew up being free and suddenly - and for us, it was very sudden - we got thrust into the public domain and everybody felt like they knew us. You walk down the street and people say hello to you, and you're thinking to yourself, do I know that person? And you have to remind yourself that no, he's just saying hello because he saw me on Top Of The Pops."

FUTURE PAST, Duran Duran's 15th album, is out now