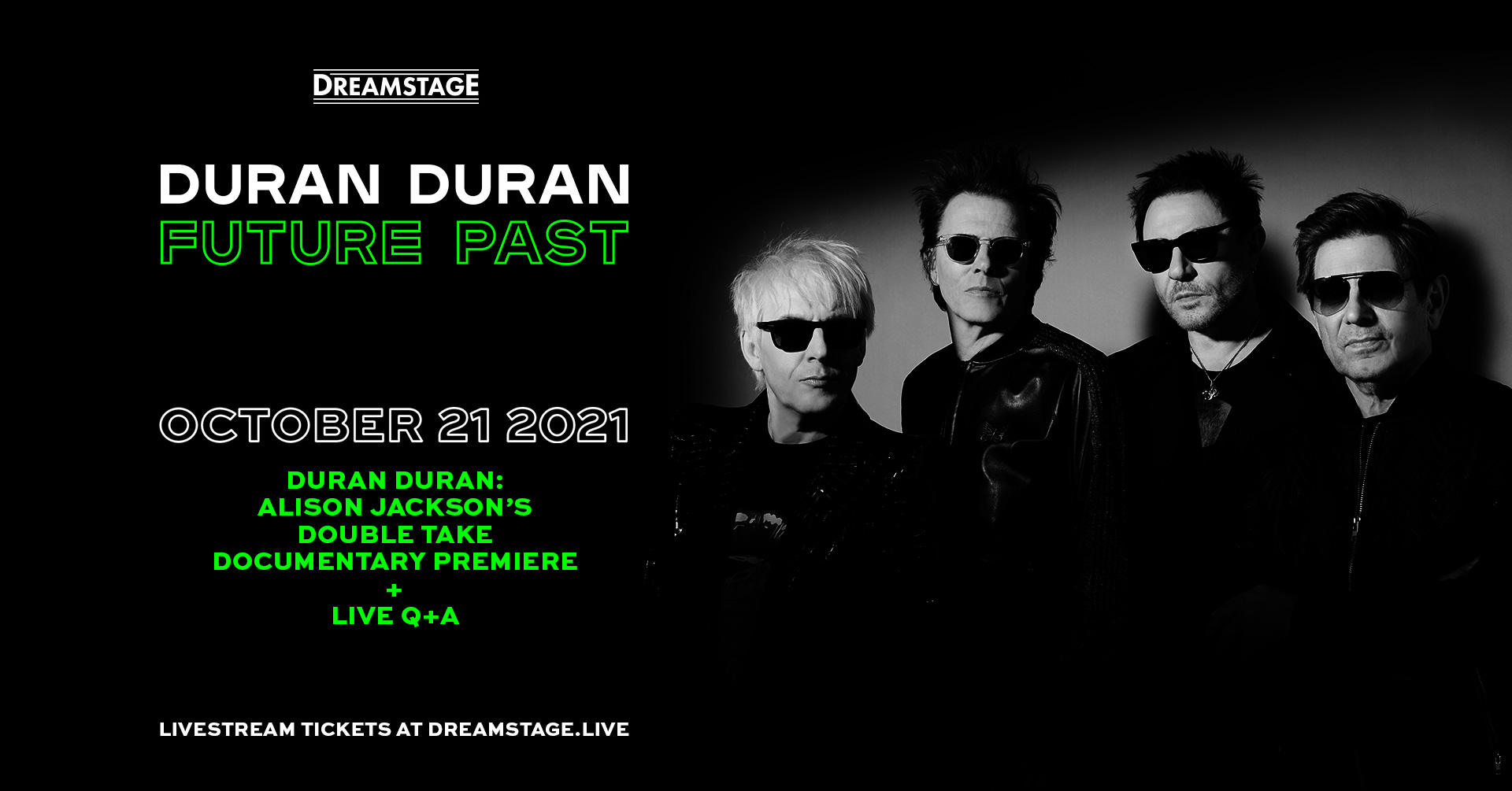 Duran Duran comes to Dreamstage on October 21st, on the eve of the release of their already-critically-acclaimed 15th studio album: FUTURE PAST!

Celebrating the band’s rich and colorful 40-year career, the Dreamstage event will include an exclusive, live Q&A with the band and ANNIVERSARY video director Alison Jackson as they reveal untold stories about their time together, followed by the global premiere of Duran Duran’s Double Take Documentary. This half-hour film, by award-winning director, Gerry Fox, gives viewers an exclusive behind-the-scenes look at the artistry and hard work that went into making the band’s sensational upcoming music video for their latest single. The video was directed by BAFTA-winning artist, photographer and filmmaker, Alison Jackson, whose widely published work explores the cult of celebrity, using highly-styled lookalikes and actors.

This momentous occasion will be an event you won’t want to miss. Click here