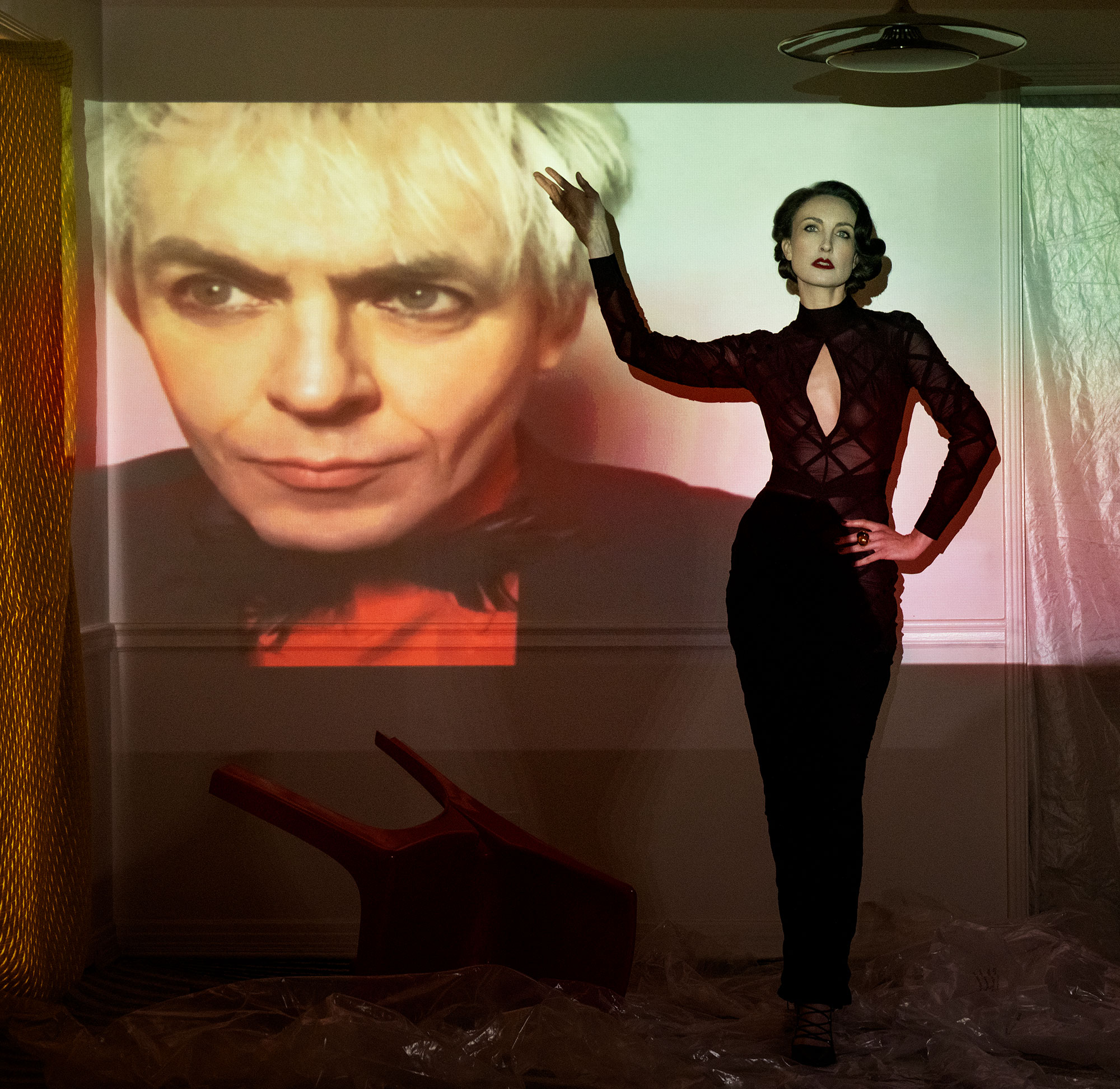 Astronomia is a collaboration between the artists Nick Rhodes and Wendy Bevan. It is a creative collision of analogue synthesizers, violins, voices and orchestral arrangements fueled by their shared attraction to the Universe.

The Fall of Saturn; is the first of four albums in the Astronomia project, released on March 20, 2021, followed by three further releases, on the equinoxes and solstices for the remainder of the year.

Each individual piece is a sonic painting, a tapestry of rich textures and haunting melodies forming soundscapes with an otherworldly atmosphere. Looking to the transcendent beauty of the skies, this genre defying debut album explores the fluidity of human emotions.Remove featured image

'Once we decided the universe was our subject matter, the sonic world we conceived became a space for dreams. We suddenly found ourselves free of boundaries; the concept opened a portal between the reality we were facing in our everyday lives and something other-worldly that we couldn’t quantify, gazing into the endless possibilities of the future.'

'Inspired by the lustre of stars, we had the perfect setting to create a musical language. All fifty two pieces we wrote for the Astronomia project have become a memoir locked into a time capsule; musical notation to be released into the mysterious abyss.'

'The Fall of Saturn is a musical allegory for these times. A moment to reflect upon our fragility, the way we treat each other and our planet. A symphony of hope and dreams for our future'.

'In today’s world, we are besieged by information that is often manipulated or untrue, computer enhanced with the intention to draw us in and convince us about an alternate reality on offer… This has only served to make me want the real thing more than ever. Working with Wendy, together we have been able to circumvent the system of predictable and generic sounds. We have created our own unique solar system outside of convention and it feels natural, it has a pulse and a temperature. It will survive independently, each album orbiting out there on its own for anyone who is curious enough to tune in'.