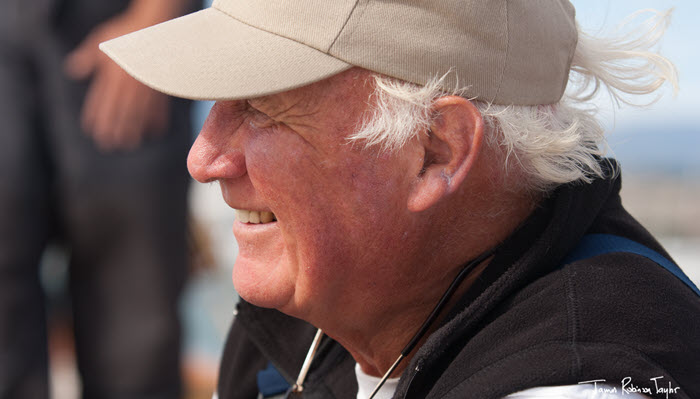 We don't often do obituaries on duranduran.com for all sorts of reasons. But today, I'd like to set down a few words about an old shipmate of mine, and a true gentleman, Johnson Wooderson, who died earlier this month at a very good ripe age.

Known to me and the guys who've sailed with him as "Woody," he was a real lynch pin of our race crew on DRUM. Dear, lovely, clever Woody - he saved lives that day in 1985 when the keel came off. As the boat rolled slowly over to complete her capsize and turn turtle, he and Phil Holland walked around the hull. They didn't even get their sea boots wet. What they did, crucially, was to have the presence of mind to take with them the tail of the mainsheet. That long piece of rope was the only way the rest of the crew could get out of the water, up the sheer sided, slippery, upturned hull. At least one of those sailors was a non-swimmer and the sea was cold.

In later years, I used to see him every late summer in the South of France for the climax of the classic boat racing series.We'd be on different boats, but would meet up to drink, to reminisce and laugh together in Le Sube during "Les Voiles de Saint-Tropez".

I will miss Woody very much.

Some people, you think, are going to live forever. 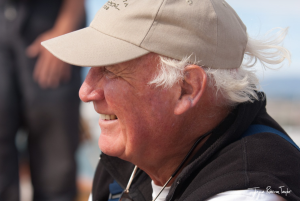 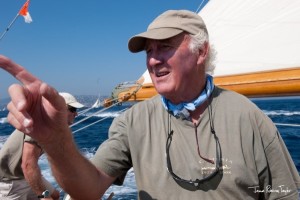 Previous Article
Nick & Katy’s 2020 Oscar Picks!
Next Article
Duran Duran: More mature, but still hungry like the wolf
News
Back to all news