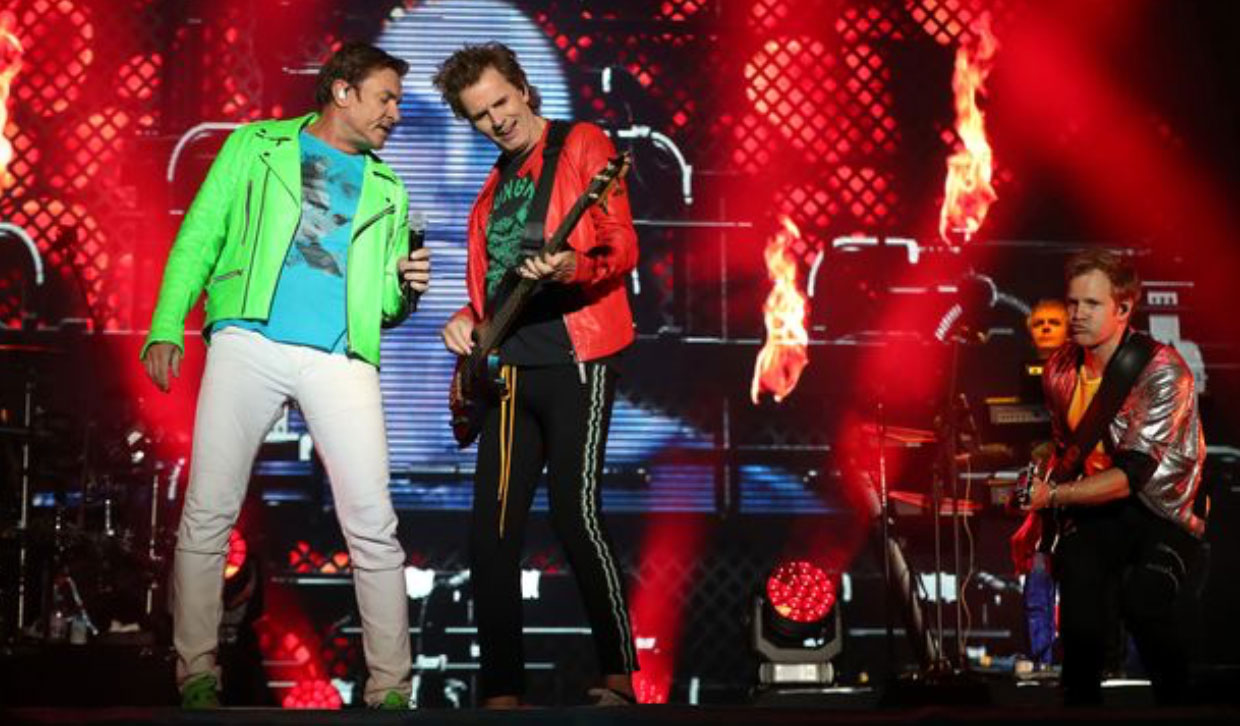 Duran Duran are embracing ­turning the big 4–0 with a year of celebrations.

The Wild Boys headline a massive BST Hyde Park concert in London on July 12, almost 40 years to the day after their first gig.

It was one anniversary they could not ignore.

“The whole year, in every aspect, is a celebration for us,” Simon Le Bon told me. “This concert is a particularly special one because it’s the closest gig to the very first one we played at the Rum Runner club in 1980.

“I think for a band 40 years is quite a landmark, it got to this number and it was so extraordinarily large that we lost all our embarrassment and self consciousness about it.

“We are quite proud that we are still together.”

Le Bon is the archetypal frontman, but four decades ago, on a tiny Birmingham club stage, it was a different story.

“That first gig I have good memories and bad,” he laughed “I was so terrified the whole left hand side of my body was shaking.”

By July Coronavirus concerns should have passed but with a new album imminent too Duran are expecting the unexpected.

“Fingers crossed that we can carry on working as planned,” said the singer. “But we would not want to be involved in anything that put anybody at further risk than they are already in. This is an international tragedy that’s unfolding and everyone has to do the upmost to minimise the effect of it.”

The new James Bond film has been delayed because of the ­virus but at least Billie Eilish’s movie theme song, No Time To Die is out now.

Le Bon said: “I like it because it stayed away from the James Bond clichés, it’s very personal and I think what we like about James Bond is the way almost a stereotype has become a more personal character over the years.”

Duran describe their upcoming new album as “powerful” and it will feature some special guests including guitar by Graham Coxon of Blur fame.

“Graham has done fantastic guitar parts,” he said excitedly. “He doesn’t just play what he does in Blur, he’s such an accomplished musician.”

July 12 won’t be the first time Duran Duran played Hyde Park, they previously rocked an Olympics gig there in 2012.

But Le Bon believes they have come a long way since: “For the last two albums we have seen a growing disregard for the previous kind of pigeon-holing and the press trench we had been shoved into.

“I remember last time we played Hyde Park, Alan Parsons had a big old rant about us.

“But you can’t argue with the way we have been embraced by the public for so long.”