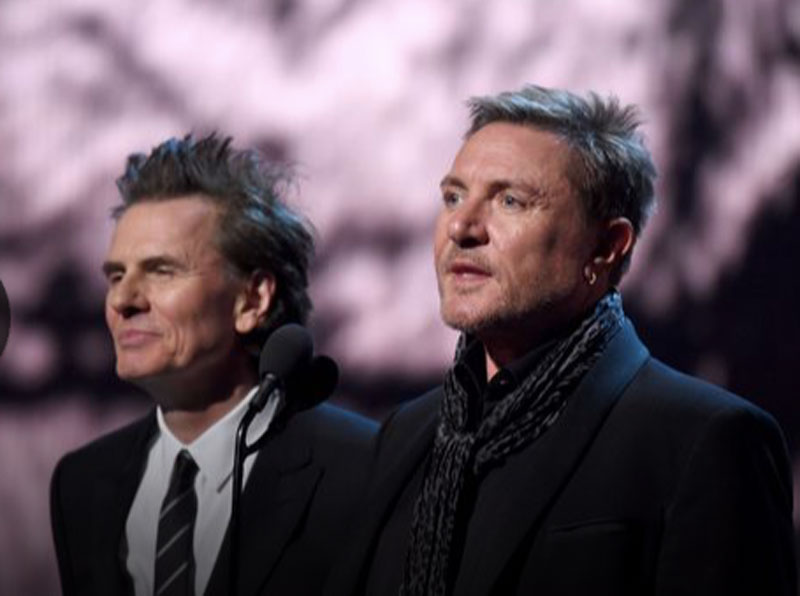 (Most of) Roxy Music reunited

For the first time since 2011, the majority of Roxy Music gathered on stage to perform together and celebrate the band's legacy. Bandleader Bryan Ferry, guitarist Phil Manzanera and saxophonist Andy Mackay were in attendance at the ceremony, running through a set list of hits, including "Out of the Blue," "Love is the Drug," "Avalon" and "Editions of You."

Duran Duran’s Simon Le Bon and John Taylor did the honors of inducting the English rockers, with Le Bon calling their music "a shock to the system, a psychedelic Sinatra crooning pop-art poetry over driving drums, saxophones and oboes, heavily treated electric guitars, and the most out-there synthesizer parts you've ever heard."

"The musicians themselves were dressed outrageously, each one with an individual, well-defined look," he continued. "Put it all together and what you got was pulp-science fiction."

While Duran Duran has yet to be inducted into the Rock Hall, Le Bon demurred when he was asked about the inclusion of their new-wave peers The Cure in the 2019 class.

"The Rock Hall inducts seven acts a year, so there must be a very fine process of elimination to get there," he said. "One does not presume to be inducted and if it does happen, you’re very grateful for it."

Founding member Brian Eno, who hasn't played with the band since 1973, did not appear with the band, nor did drummer Paul Thompson.