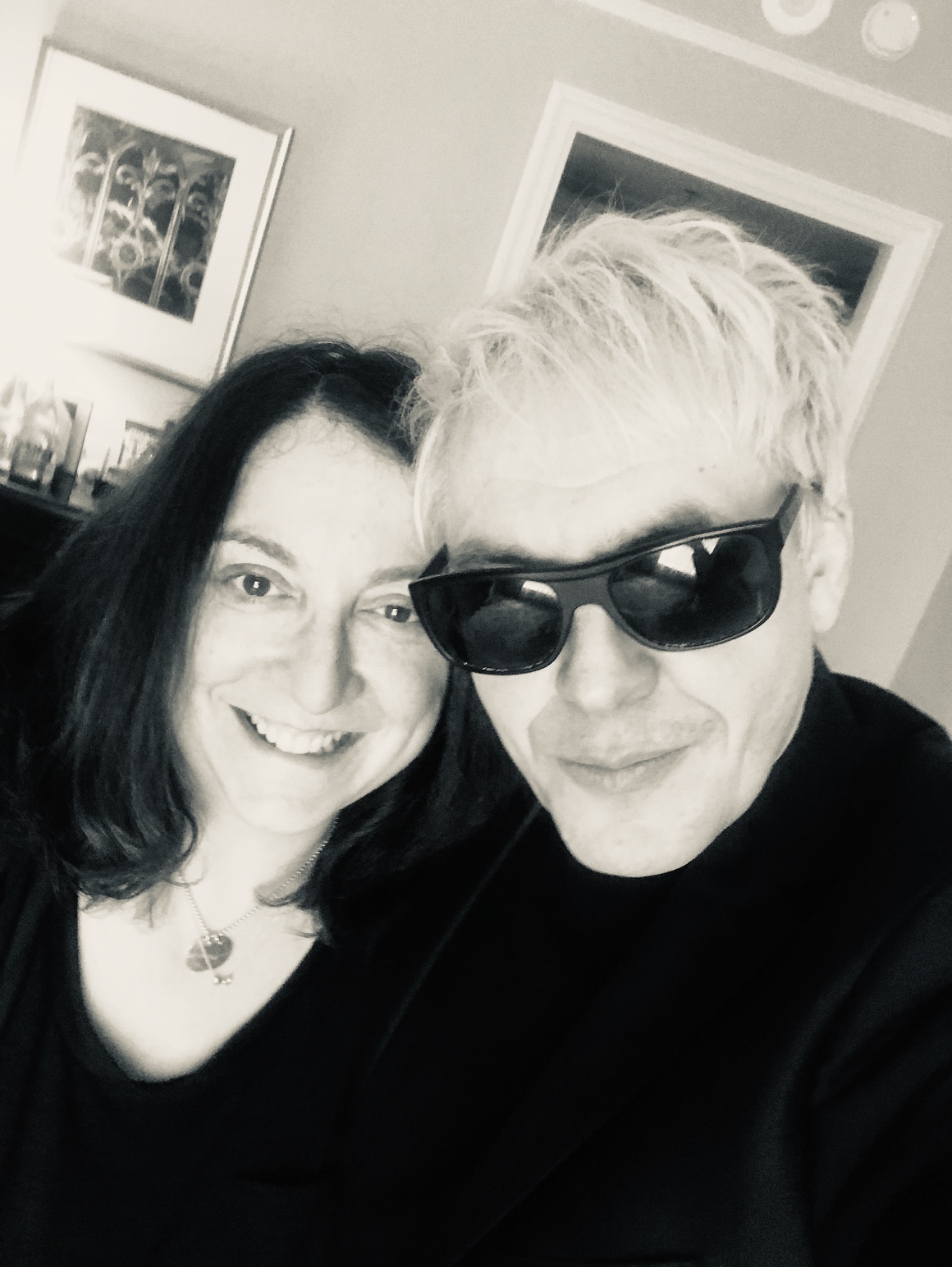 What? It's time for another round of Oscar Picks? Yup, the 91st annual Academy Awards are upon us! Nick and Katy were together this year and had a lot to say about this year's films... Sit back and read on - and let us know whether you agree with us or not!

This is really Nick's category since he has seen more of the nominated films than Katy has. "My favorite film of the year was "Cold War." It was artistic, beautiful and unique. Don't be frightened away that it is Polish with subtitles," says Nick, " "Roma" was also a great movie, and it seems to be its year, but, to me, "Cold War" was the better movie."

Katy disagrees that it will be "Roma's" win for best foreign language as she thinks it will likely be a contender for a bigger prize.

Katy "adored" "Can You Ever Forgive Me" and really, really liked "BlacKkKlansman" but didn't care for "If Beale Street Could Talk" at all, thought it seems like the one to beat on Oscar night. Nick thought "BlacKkKlansman" was unique and daring, dark and nerve wracking, and feels like this could be the one Spike gets to take an Oscar home for.

Nick and Katy agree it's a strong year for original screenplays and this is a tough call. "Everything in this category is good," says Nick, " "The Favourite" was one of my favourites of the year! I also really liked "Roma" and "Vice" but I think "The Favourite" was better."

"We agree," says Katy, " "The Favourite" will and should win but up until recently, "Green Book" was the odds on fave. However, the family of the musician who the story was about came out against the movie, and I believe that has hurt its chances all around."

The only one Katy didn't see in this category is the one she thinks will win: “Spider-Man: Into the Spider-Verse.” That being said, she loved "Isle of Dogs," but doesn't know that voters in this category would. She also thought "Incredibles 2" did a fab job of picking up the story so many years later, and loved how the "Ralph" people reimagined the internet. Nick didn't really see many animated movies this year, but does love the title, "Ralph Breaks the Internet." However, Nick thinks Spiderman is such a great character, and will probably take the top prize.

Nick: SHOULD WIN: “Isle of Dogs” WILL WIN: “Spider-Man: Into the Spider-Verse”

Katy: SHOULD WIN: “Isle of Dogs” WILL WIN: “Spider-Man: Into the Spider-Verse”

Nick believes everyone in this category truly deserved their nominations. "I wish "Cold War" would win this award," says Nick, "but it won't. "Roma" really has everything the voters like as far as cinematography goes." Katy concurs, saying " I know "Roma" will win because it was so beautiful to look at even if it didn't have so much of a story."

"Of course," Katy says, "I love "Mary Poppins Returns" because it gave me the feels. I also loved "BlacKkKlansman" because I love Terence Blanchard. However, most people were blown away by "Black Panther's score, which I get." Nick agrees that "Black Panther" is the front runner but says, "I think the omission of the "First Man" score is odd. It should be here. I also really liked the "BlacKkKlansman" score but the energy and action of "Black Panther's" score makes it a clear cut winner."

BEST ORIGINAL SONG
The Nominees:
“All The Stars” from “Black Panther” by Kendrick Lamar, SZA
“I’ll Fight” from “RBG” by Diane Warren, Jennifer Hudson
“The Place Where Lost Things Go” from “Mary Poppins Returns” by Marc Shaiman, Scott Wittman
“Shallow” from “A Star Is Born” by Lady Gaga, Mark Ronson, Anthony Rossomando, Andrew Wyatt and Benjamin Rice
“When A Cowboy Trades His Spurs For Wings” from “The Ballad of Buster Scruggs” by David Rawlings and Gillian Welch

"We want our friend, Mark Ronson, to win an Oscar," says Nick. "The writers of "Shallow" deserve it, and the track is a stand out. I also liked the song, "All the Stars" from "Black Panther" but nothing seems to have much of a chance to beat "Shallow." Katy agrees, Mark (and the other guys/gal) will be collecting their Oscar on Sunday for "Shallow," which she says is "unbeatable." But Katy still has a soft spot for MPR: "I wish "The Place Where Lost Things Go" could also win!"

Nick: SHOULD WIN: "Shallow" WILL WIN:"Shallow"

Katy: SHOULD WIN: "Shallow" WILL WIN:"Shallow"

The hardest category!!! "I loved Regina King in "227," "Jerry Maguire" and a zillion other things she has been in, but not for "If Beale Street Could Talk," says Katy. "She has one, five minute scene, that was not Oscar worthy. She seems like she will win, but she should not. I loved Emma and Rachel in "The Favourite," but I think Amy Adams is really due. She should win this category for her outstanding performance as Lynn Cheney in "Vice." Nick agrees that Regina shouldn't win Best Supporting for this role. " "The Favourite" was amazing and all three women actors were so strong in this film," says Nick. "I loved both Emma and Rachel, but give the edge to Rachel because she had such great frocks. I agree with you thought Katy, Amy Adams was terrific and I actually think she will win!"

"This is an interesting category," says Nick. "I don't know what will happen; I did love Adam Driver in "BlacKkKlansman" but it seems like all signs are pointing to Mahershala Ali, who was very good in "Green Book." Katy agrees that Mahershala Ali was outstanding, but it's really a lead role, not supporting. Plus, with the musician's family saying the story was far from the truth, it took a lot of luster away from the film. "I really wished Richard E. Grant would win," says Katy. "I think he gave the strongest performance of all the nominees, thought someone please tell me why exactly Sam Rockwell was even nominated!"

Katy: SHOULD WIN: Richard E. Grant, “Can You Ever Forgive Me?” WILL WIN: Mahershala Ali, “Green Book”

BEST ACTRESS
The Nominees:
Yalitza Aparicio, “Roma”
Glenn Close, “The Wife”
Olivia Colman, “The Favourite”
Lady Gaga, “A Star Is Born”
Melissa McCarthy, “Can You Ever Forgive Me?”

"People say Glenn Close will win, but she doesn't deserve it," says Katy. "She is a great actress but wasn't great in this. She seriously overacted and was kind of annoying. I would love to see Olivia Colman win for "The Favourite," but I feel Glenn has it all but locked up. Just as an FYI, I think Gaga would have won if she was nominated as Supporting Actress."

"Funny enough, Glenn Close was my least favorite of all of these performances," says Nick. "Gaga was fantastic in a "Star is Born" and I'd be thrilled to see her win. Yalitza was amazing in "Roma," and she isn't a trained actress, making it more impressive. My personal favourite performance was Oliva Colman, of course, and maybe she is going to win in an upset!"

Katy: SHOULD WIN: Olivia Colman, “The Favourite” WILL WIN: Glenn Close, “The Wife”

"These are all amazing performances," says Nick. "It's a very tough year to pick someone, and I have to say, "Bohemian Rhapsody" wow - Rami Malek really turned in to Freddie Mercury. He has a lot of competition from Christian Bale, who was remarkable in "Vice." All great performances, but it's between two actors for me. I'd be thrilled if either of them won."

Katy says "Bradley Cooper was great in "Star is Born," but won't win this year. My "Will Win" is Rami Malek, because I think he has campaigned for the Oscar, and also deserves it, but I think Christian Bale should win for "Vice." It was a harder role. It was a bigger transformation."

"I think Alfonso will win," says Katy. "But these are all great movies. It's a tough choice. I think “The Favourite” was better directed." "I am excited that my friend Pawel was nominated, but he doesn't have a chance, sadly," says Nick. " "Roma" was a hell of an achievement though, you can't deny it."

"This is a great list," says Nick. He thinks "Bohemian Rhapsody" was a fantastic achievement, "Vice" was amazing, and loved "BlacKkKlansman" BUT for him, the Best Movie was "The Favourite," which "was stylist, clever, unique." That being said, it's "Roma" for the win, according to Nick.

Nick: SHOULD WIN: “The Favourite” WILL WIN: “Roma”