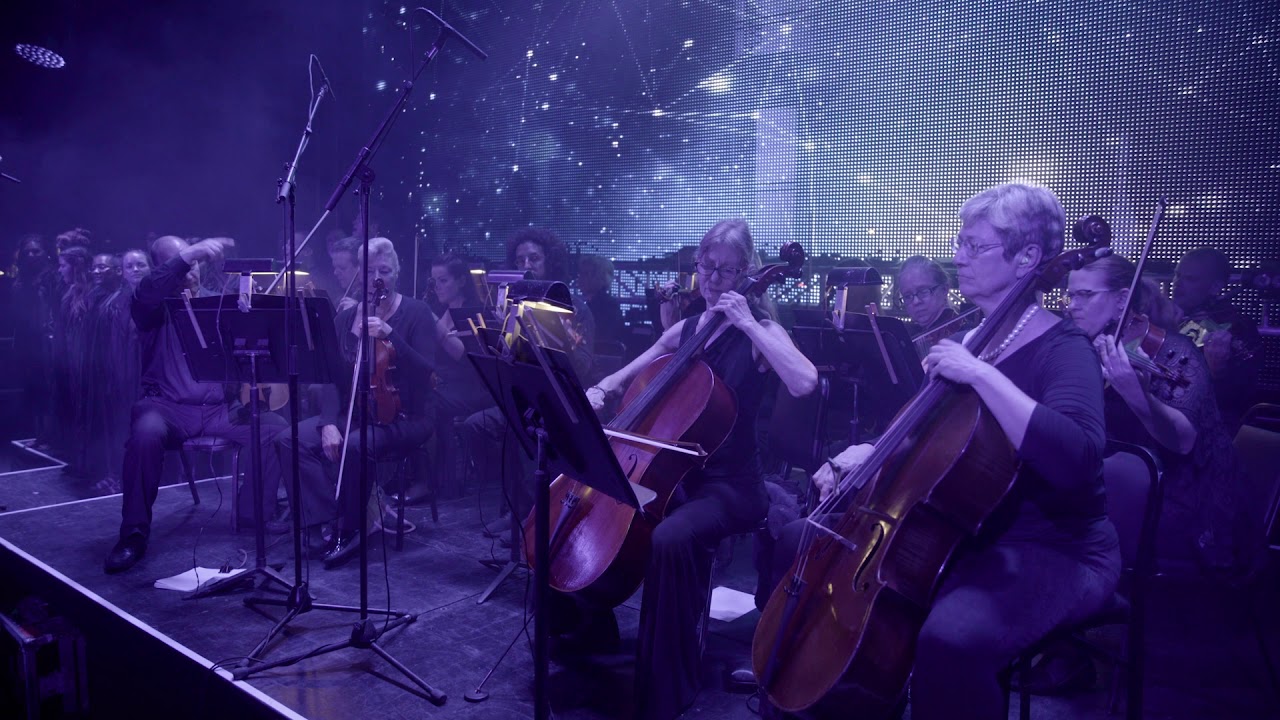 50 years after Apollo 11 made its historic launch, leading to the first two people landing on the Moon, Duran Duran hosted a 50th anniversary concert on Tuesday (July 16) in celebration at the Rocket Garden at Kennedy Space Center Visitor.

In a video uploaded from the event, the band performs “The Universe Alone,” off their 2015 album, Paper Gods. Simon LeBon croons in an out-of-this-world production as the screen behind him displays an astonishing image of stars in space. The performance was backed by an orchestra and choir, adding to the emotion.

A portion of the proceeds from the event will benefit the STEAM education programs of the non-profit Aldrin Family Foundation.