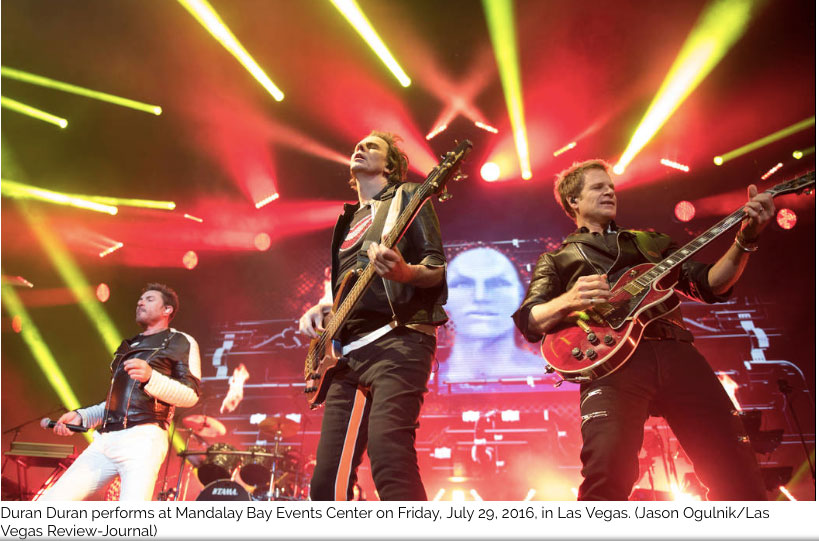 From wild boys to men, so goes Duran Duran. Forty years in, the band’s current tour is still a timely one.

Beginning with its self-titled 1981 debut, Duran Duran helped popularize both the look and sound of the New Wave boom, a ubiquitous presence on a then-nascent MTV, establishing it as one of the first bands to fully realize the commercial and artistic potential of the music video.

Decades later, the highly stylized synth-pop aesthetic Duran Duran helped develop is all over the contemporary airwaves, keeping the English group relevant as it headlines The Chelsea at The Cosmopolitan of Las Vegas on Feb. 22 and 23.

No need to be nostalgic for the past when it’s such a part of the present.