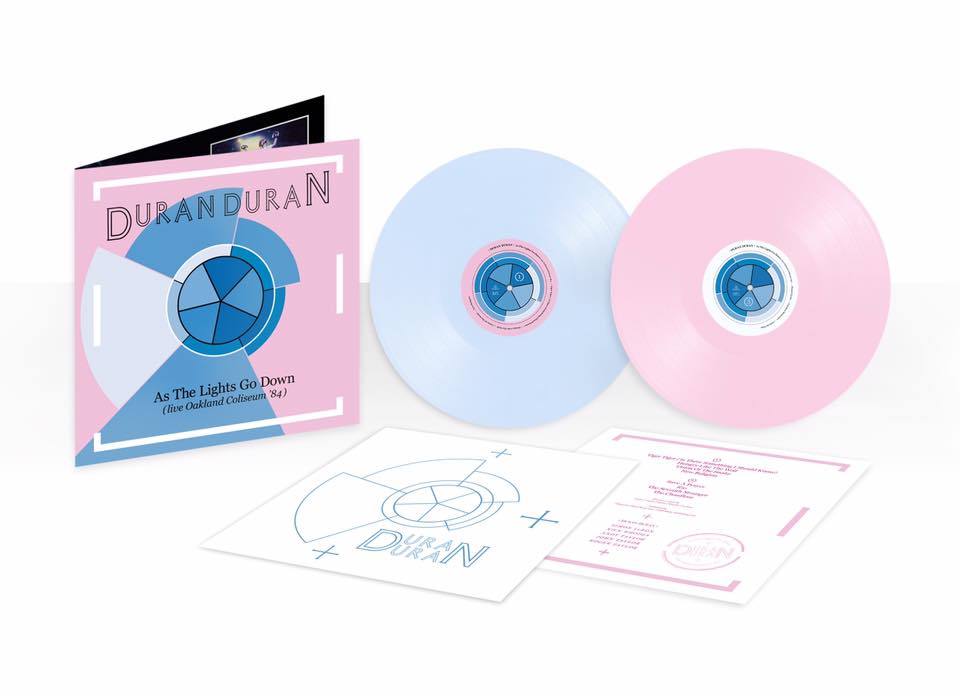 On 12, 13 and 15 April, 1984 - 35 years ago to the day of Record Store Day 2019 (13 April) - as part of a hugely successful US tour, iconic British rock band, Duran Duran played three incredible shows to over 150k people at the Oakland Coliseum. These dates have gone down in the band’s history as some of their greatest shows ever.

The concerts were filmed for TV specials that aired around the globe, but no official products were ever released and, until now, all that’s been available were unofficial bootlegs, which have circulated for years. For the first time ever, tracks from these extraordinary live shows will be officially available in the form of a limited edition (5,500) double vinyl LP.

John Taylor expressed his enthusiasm for this special Record Store day release, saying “Our friends at Warner Music came up with this idea and I can tell you we are all quite excited about it! It’s a beautiful package and the vinyl mastered version is really the bomb!”

Nick Rhodes adds, “I rarely look back over my shoulder but listening to the mastered version of this album, it motivated us to recently play the song The Seventh Stranger for the first time since 1984. Things only got stranger because when we rehearsed it sounded the same as when we wrote it and when we last performed it… I think this record captures the spirit of who Duran Duran were then and still reflects who we are now.”

The 11 song set features newly remastered live tracks. Disc one is double-sided and in blue, and disc two (in pink) is single-sided with the flip side etched with the album's artwork. It is all housed in a gatefold sleeve featuring photography by the legendary rock photographer Denis O’Regan.

Duran Duran, ‘As The Lights Go Down’, is available from 13 April 2019 (Record Store Day) in records stores across the country.

Previous Article
Record Store Day 2019: Ten of the Best Releases
Next Article
Duran Duran, The Chelsea in the Cosmopolitan Hotel, Las Vegas
News
Back to all news