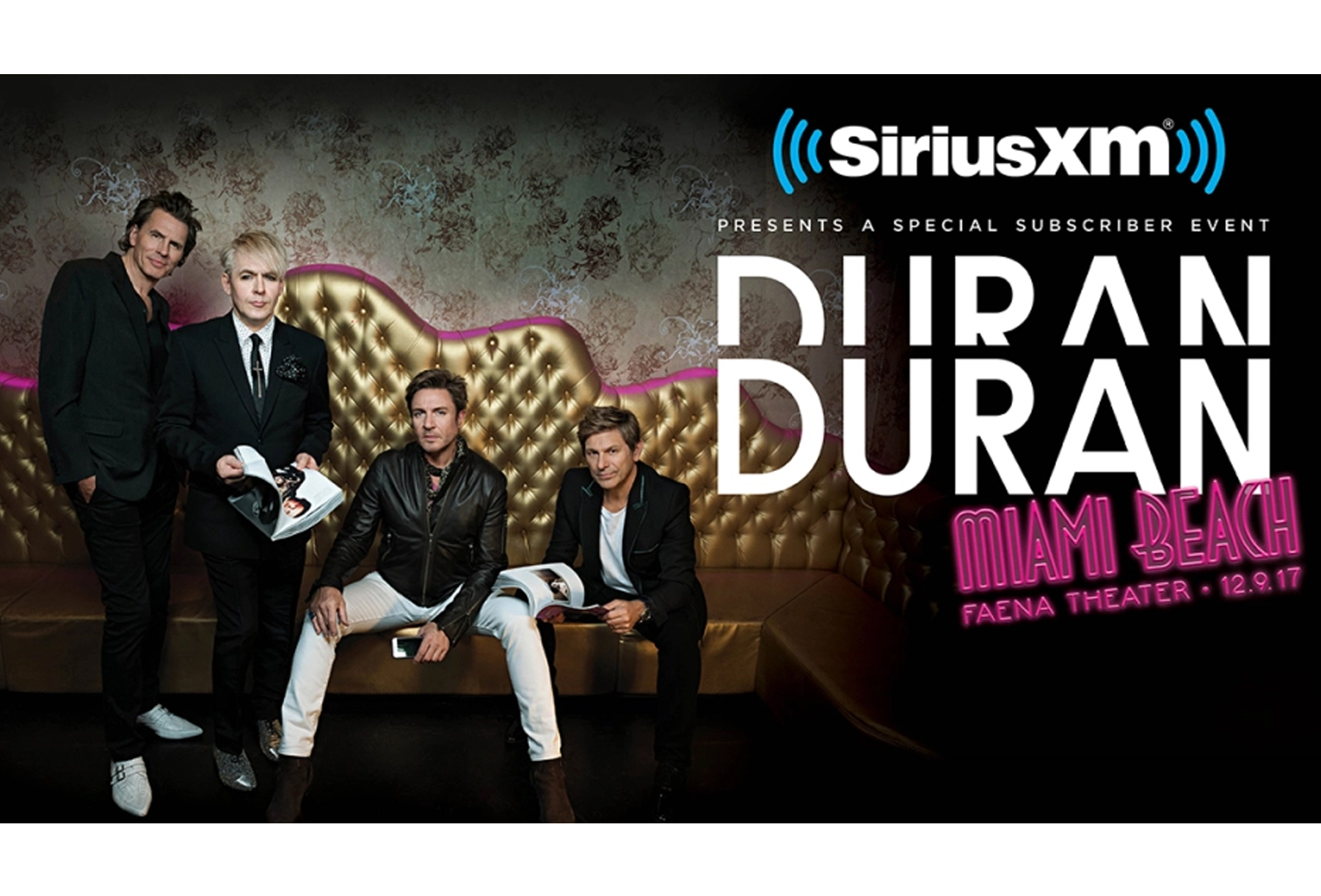 Intimate, special performance at the Faena Theater, to air live on The Pulse and 1st Wave channels

The exclusive performance for SiriusXM will feature Duran Duran playing signature music from throughout their career, including songs from their most recent, Top 10 charting studio album, Paper Gods. This very special performance for SiriusXM coincides with 2017’s Art Basel in Miami Beach, the world-renowned premier art show and gathering for Modern and contemporary art. It will also be the penultimate show on the band’s two-year Paper Gods World Tour before they return to the studio in January 2018.

“As long-time fans of SiriusXM, we are really looking forward to performing this special show at such a beautiful and intimate venue in Miami,” remarked Duran Duran’s John Taylor. “It’s going to be an up close and personal affair, a truly one-of-a-kind evening, and we look forward to getting to know everyone who attends.”

“Duran Duran is one of those bands that has continued to deliver indelible music and style for decades,” said Scott Greenstein, President and Chief Content Officer, SiriusXM. “This intimate concert for their most die-hard fans takes us back to the Faena Theater in the heart of Miami’s South Beach. Duran Duran is a great way to kick off the holiday season with SiriusXM.”

Duran Duran’s special concert for SiriusXM in Miami is the latest exclusive performance for SiriusXM subscribers. Previous shows this year include Eagles at the Grand Ole Opry House, Dwight Yoakam at The Stephen Talkhouse, Guns N’ Roses at the Apollo Theater and Chicago at Whisky a Go Go.

The private performance will air live on Saturday, December 9 via satellite on The Pulse (ch. 15) and 1st Wave (ch. 33) and through the SiriusXM app on smartphones and other connected devices, as well as online at http://www.siriusxm.com.

SiriusXM subscribers since November 1, 2017 can enter for the chance to win a trip to Miami including airfare, hotel stay and a pair of tickets to the show! See Official Rules for complete details at siriusxm.com/DuranDuran.