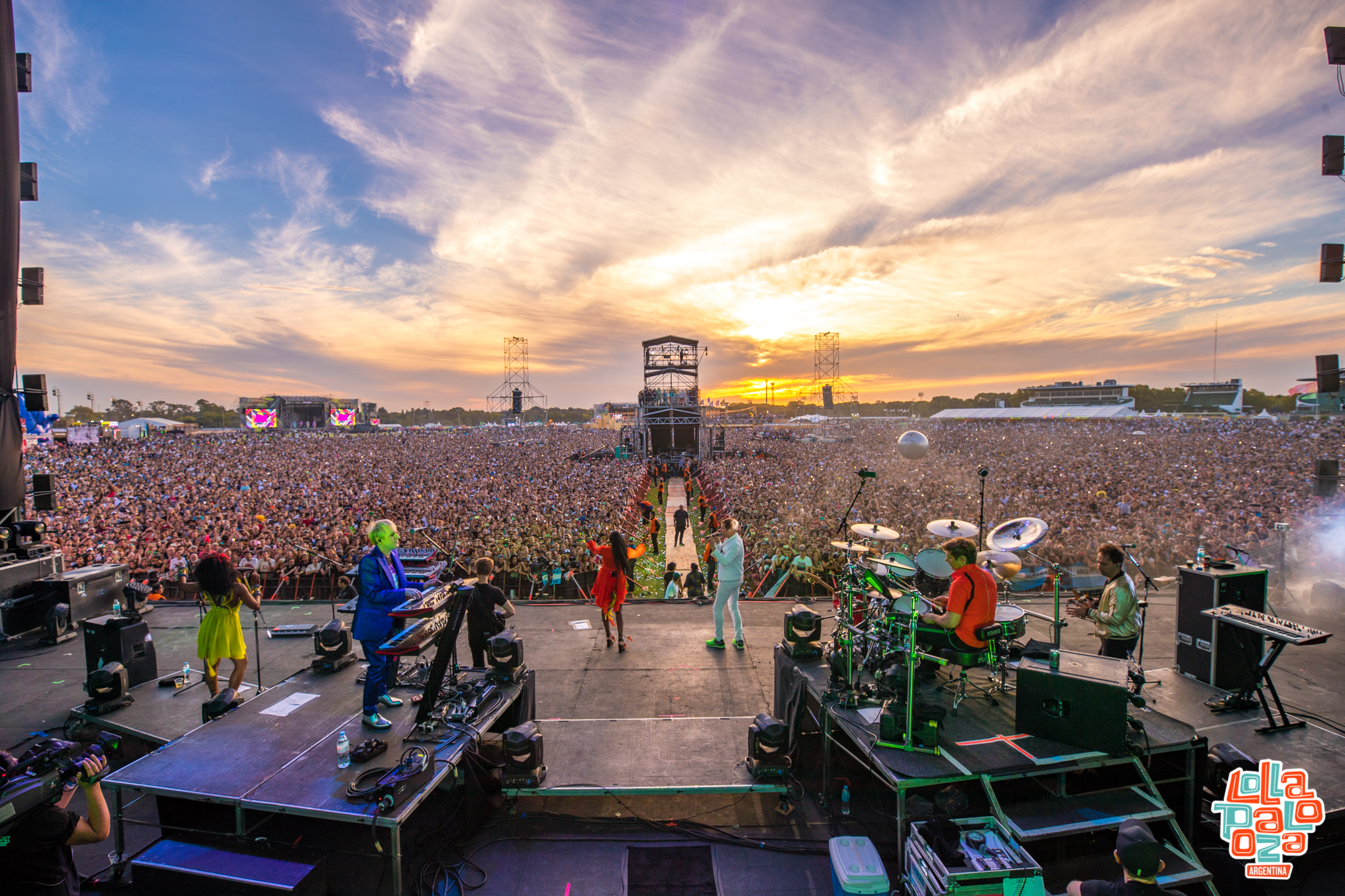 Depending on your taste in accents, Roger Moore has probably been one of the best actors to don James Bond's suave ivory dinner jackets.

In one film in particular, 1986's A View to a Kill, Moore's 007 not only seduced Grace Jones (who played a character named May Day) but also faced off against perennial cool-but-creepy bad guy Christopher Walken on top of the Golden Gate Bridge. While the movie made some cash (more than $150 million) it was a critical disappointment that to this day only notches a 35 percent on Rotten Tomatoes. But the title song, conceived by Duran Duran, became one of the film's highlights and remains one of the highest-charting Bond themes of all time.

That was the '80s, though. Now on tour behind 2015's Paper Gods, Duran Duran plays Sugar Land's Smart Financial Centre this evening. The group's fourteenth album, Paper Gods has a hint of those synth-y throwback cocaine-era tunes, but with a nice contemporary polish.

For new fans, the songs on the album aren’t a rehash of staples such as their second U.S. hit, 1983’s "Rio," which bassist and group co-founder John Taylor says has nothing to do with the body of water between the U.S. and Mexico. “It was more about the sense of the city [Rio de Janiero]," he explains.

"It wasn’t that any of us had ever gone there,” continues Taylor. “We’re a band in the Midlands of England and it just seemed to kind of have a sense of the exotic. And, you know, it became this working title and Simon took the title and made it about a girl.”

That kind of creativity that helped Duran Duran sail above their onetime peers in the New Wave herd. Tonight marks the group’s second time playing in the Houston area since Paper Gods was released. And if a Duran Duran musical ever comes to pass, you might have the Bayou City to blame.

According to Taylor, an acquaintance with ties to the city’s opera scene planted a seed. “We have a friend who is on the board of the Houston Grand Opera," the bassist says. "He said, ‘Hey, you know you guys should come and meet the people there; maybe you can do a project with them.’ Nick [keyboardist Rhodes] and I were like, 'cool.' We came up with this scenario, this treatment, and came to Houston and sat with the guys there. But it wasn’t the right marriage.”

Still, Taylor says plenty of work has been invested in the project, which remains a work in progress. No said release date yet, though. “We’re always looking to rebrand the band, restyle the band," he offers. "Every couple of years we kind of have to give it a makeover."

And while the band has taken care of themselves over the years (Taylor gave up the drink long ago), he says it was still tough to navigate the waters of putting out music in 2015. Of course the band had lots of help, such as production support from Chic’s Nile Rogers, who has shown himself as versatile as ever in his later years.

“We did a few days with Nile which is always super-inspirational,” Taylor says about the former Black Panther and consistent pop hitmaker. “I know he’s a motherfucker. I’ve known Nile since I was 23, I’ve known him a long time and he’s one of the most constant friends, inspirations and musical collaborators that I’ve had in my life. I always say about Nile he’s forgotten more about music than I’ll ever know. He’s a very deep musician.”

Another major collaborator on Duran Duran’s latest outing is Mr. Hudson, who helped co-write and produce Paper Gods but is probably best known for his work with Jay Z and Kanye West. “We spent a lot of time on the sound architecture trying to get a sound that it feels like it’s Duran Duran, but it also feels contemporary,” Taylor says.

“Mr. Hudson was really good lyrically," he adds. "Because with lyrics, the game changed; lyrics are constantly evolving in contemporary music. The kinds of songs that people would have written in the '80s were different than the kind of songs people would have written in the '60s, and they’re different now. You’re looking to give your lyrics a spin, a kind of contemporary veneer, but at the same time it can’t sound trendy.”

Or, corny. Taylor says the group did a lot of experimenting but needed a steady hand to guide them. “As you get older you want to dress like a cool guy," he explains. "How far can you go? You tend to know, or maybe the wife will point out to you, or a best friend will point out: ‘You know what? That’s not a good look on you, anymore.'”