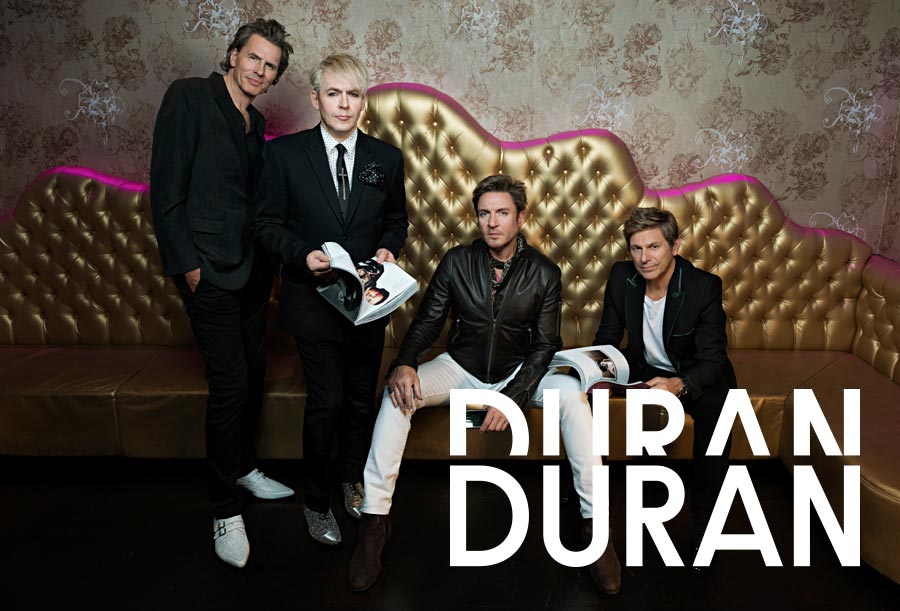 TICKETS ON SALE THIS WEEK AT WWW.DURANDURAN.COM

January 24th, 2017 (Burbank, CA) — Duran Duran has announced additional dates for their Spring 2017 World Tour, in support of their current album Paper Gods. The new U.S. and South American dates include shows in Texas, Florida, Georgia and Belo Horizonte, Brazil. Tickets go on sale beginning Friday, January 27 at www.duranduran.com. Duran Duran VIP Fan Community members will have access to tickets before the general public. Members should login and visit the Presale page for details at http://www.duranduranmusic.com.

Duran Duran rang in 2017 playing to a sold-out audience at the brand new Washington, DC-area venue The Theater at MGM National Harbor. As previously announced, the multi-platinum band will travel to South America to perform alongside additional superstar artists The Weeknd and Metallica at the Lollapalooza festivals in Brazil, Argentina, and Chile. They will also play a headline show in Belo Horizonte, Brazil. These dates will mark the band’s first shows in this part of the world since 2012, and the very first in this market in support of Paper Gods. Tickets for Lollapalooza are on sale now, with info and links on www.duranduran.com.

Paper Gods was released in September 2015 and entered the Billboard 200 chart at No. 10, earning the iconic British band their highest charting album in 22 years. Produced by Grammy Award-winners Nile Rodgers and Mark Ronson, along with Mr Hudson and Josh Blair, the band’s 14th studio album features collaborations with Janelle Monáe, John Frusciante, Kiesza, Jonas Bjerre (of Mew), and Lindsay Lohan.