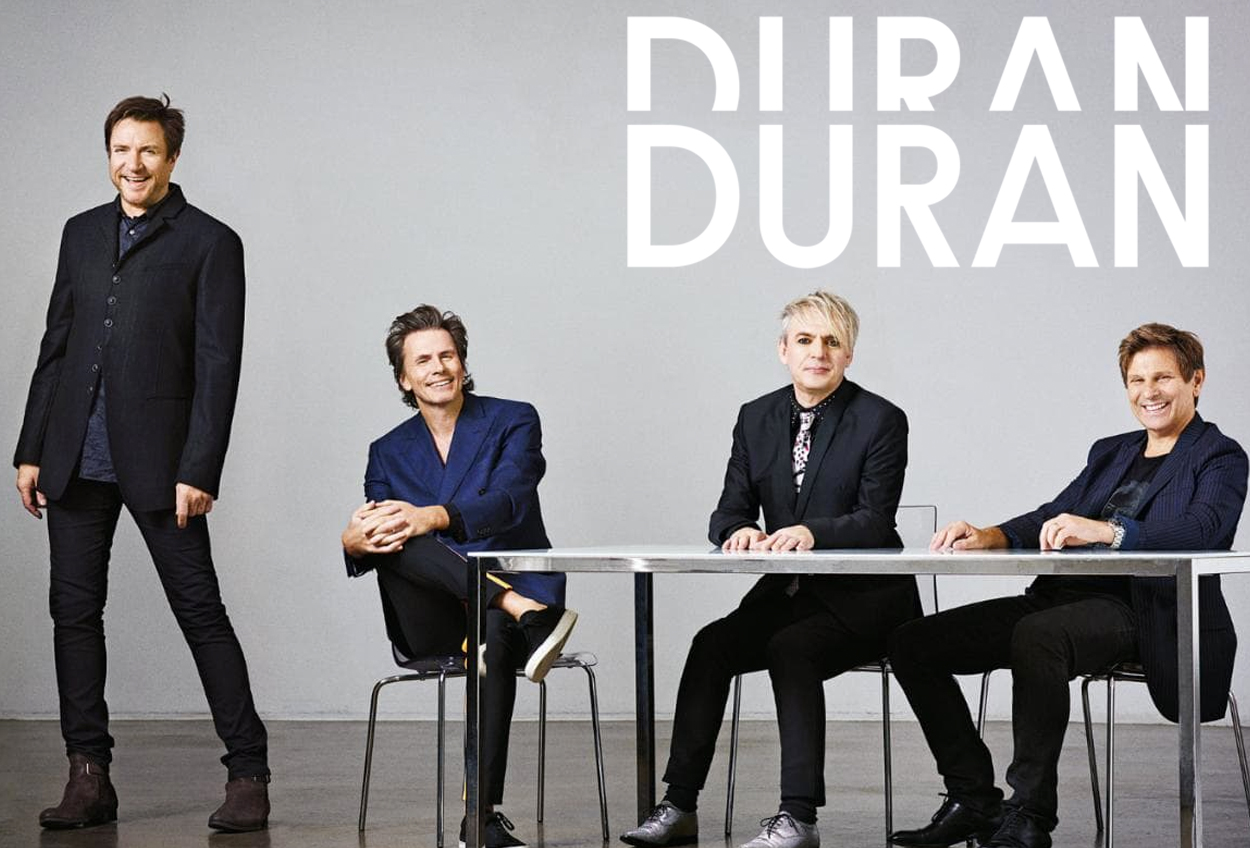 NEW EP LAST NIGHT IN THE CITY (FEAT.KEISZA) [THE REMIXES] OUT NOW

March 20th, 2017 (Burbank,CA)- Duran Duran have announced additional dates for their 2017 World Tour for this summer, in support of their current album Paper Gods. The new U.S. and Canadian dates include shows in Oakland, San Francisco, Edmonton, Calgary, and Honolulu. Tickets go on sale beginning March 24. Members of the Duran Duran Fan Community will have access to pre-sale tickets and exclusive VIP packages beginning Tuesday, March 21 at 10am local venue time through www.duranduranmusic.com .

The new summer dates are in addition to the current spring tour run, which kicked off this past weekend with two nights in Palm Springs and includes stops in Dallas, Houston, Fort Lauderdale, Wilmington and Atlanta. As previously announced, the multi-platinum band will travel to South America in between the North American spring shows to perform alongside other superstar artists The Weeknd and Metallica at the Lollapalooza festivals in Brazil, Argentina, and Chile. They will also play a headline show in Belo Horizonte, Brazil. These dates will mark the band's first shows in this part of the world since 2012, and the very first in this market in support of Paper Gods. Tickets for Lollapalooza are on sale now, with info and links on www.duranduran.com.

Duran Duran's latest release is the official "Last Night in the City (feat. Kiesza)" [The Remixes] EP, available now at all DSPs. The Paper Gods album track has been remixed by four world class DJs - TOKiMONSTA, Kant, Louis Vivet and Koishii & Hush - putting their own spin on the song Rolling Stone describes as a "standout" from the 2015 LP.

DOWNLOAD/STREAM Last Night in the City (feat. Kiesza) [The Remixes]

Paper Gods was released in September 2015 and entered the Billboard 200 chart at No. 10, earning the iconic British band their highest charting album in 22 years. Produced by Grammy Award-winners Nile Rodgers and Mark Ronson, along with Mr Hudson and Josh Blair, the band's 14th studio album features collaborations with Janelle Monáe, John Frusciante, Kiesza, Jonas Bjerre (of Mew) and Lindsay Lohan.

Newly announced shows are in bold.