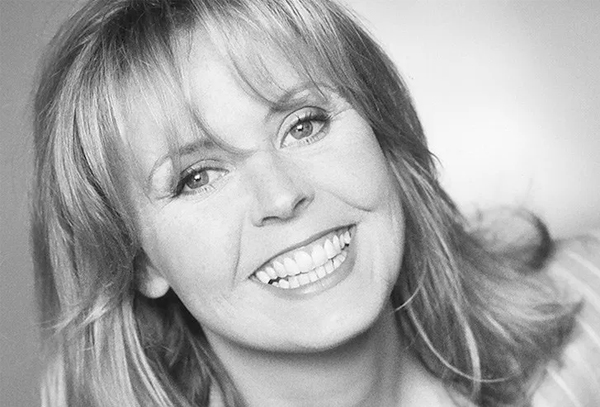 In this month's Q&A Fan Community Excerpt, we talk to vocalist Tessa Niles.

Tessa began working with Duran Duran on the album "Notorious," with her work with the band hitting a career high with her incredible vocal on "Come Undone."

She's had an amazing career as a backing vocalist for many artists - including DD - and she's written an autobiography called "Backtrack"! Read on to learn more about her and her fabulous career.

Do you remember the first time you sang some in public? Was there any time in your life when you said, I can do this for a living?

Like so many kids, I spent a fair few years singing in the church choir and performing in school productions. But at the age of 13 I began singing after school in a nearby recording studio. When I think about it, showing up at the studio in my school uniform must have looked kind of pervy, but my job was to provide vocal backing for local wannabe artistes. Working out the harmonies for their tracks was second nature to me and even at 13 I realised this was something I did well and the money in my pocket felt really good. I knew that if I worked hard and took every opportunity that came my way I would succeed.

What was your first ‘paid’ gig?

As soon as it became possible I threw off the shackles of academia and sought out work as a singer. The first time I sang in public was in a seedy Spanish nightclub in the heart of London’s West End. At 17 years old, unfazed by being asked to change in the club’s dank basement toilet, amid a bevy of ladies and gents of the night, I only saw the glamour. Performing onstage that first time was a pivotal moment and I knew that I’d never ever be happy doing anything else.

So, how did you start working with Duran Duran?

With a few years experience working in nightclubs, pubs and hotel’s it became time to step up my game. A chance meeting would not only go on to change my entire working life but eventually my name! In the 1980’s Richard Niles was an American producer and arranger living in London. He recognised that I had a talent for creating walls of vocals on tracks and strongly encouraged me to specialise in studio and background singing. I did just that, oh, and also married him. Though I made a couple of attempts at a solo career the truth was that I was better suited to supporting others. After gaining success with The Police on their high profile ‘Synchronicity’ tour I found myself as the ‘go to ‘ session singer. My first experience of Duran Duran was on the Notorious album. Working with Nile Rogers was a dream come true as I’d always been a huge Chic fan. As far as I remember it was just Nile and Niles in the studio! He wanted me to double Simon’s voice on the choruses and add a sharp intake of breath on the intro and after the line ‘Girls will keep the secret….’. My first encounter with the band was on the Liberty album and you could say it was love at first sight and sound.

They are so different which is why the chemistry of the band is incredible.

Simon - with his innately disarming sexiness and keen intelligence. A powerful rock n roll cocktail, right? I remember getting a hug from him once and continued to smell him on me for the next few days. I think he’d simply seeped into my skin!

Nick - has always had a sartorial elegance and a heightened sense of what’s cool. The epitome of sophistication, I’ve also always loved his humour.

John - Not only the possessor of the sharpest jawline in pop but the elegance and wit of a quintessentially fine British man. I also rank his playing very highly!

Roger - I like to think of him as the George Harrison of Duran. Smouldering good looks and strong like bull! A genuinely lovely man and a deep thinker.

Please find below an extract from Backtrack.

‘Session work continued to flow in including a chance to work on my third project with Duran Duran, who were recording tracks for an album titled The Wedding Album. On arrival at guitar player Warren’s house for the evening session, I found his living room had become a makeshift recording room decorated with candles, lava lamps and rock n roll ephemera, an appropriate atmosphere for the track I was there to work on. Come Undone featured a sexy, trance-like groove. Warren played the hypnotic guitar-riff on the intro and Simon Le Bon sang the song, written for his wife Yasmin. I added lead vocals on the bridge section. ‘Can’t ever keep from falling apart at the seams, cannot believe your tearing my heart to pieces,‘ my plaintive answer to Simon’s call.
‘Oh my God, Warren. You’ve got me singing at the top of my range here’ I protested after a few run throughs. ‘Let me try it in a breathy voice.’

‘Sure give it a go. But you’re not supposed to be too nice sounding’ Warrens voice directed through the headphones.

The tape rolled and I tried it again.
Nick Rhodes interjected

‘Erm, it’s not exactly right yet, Tess. It just sounds too soft and light. I don’t know, try something else, full voice maybe’.

‘Really, you’re sure about that? Do I have permission to unleash the inner diva?
‘Absolutely…go for it.’

Warren and Nick wanted the edgier sound that I got when the notes were pushed, so I did exactly that and they were happy. I love the song and to this day it remains my favourite Duran track. Come Undone was released as the second single after their smash hit, Ordinary World. The Wedding Album re-established the band’s commercial and critical success and went multi-platinum in the US and Canada.’