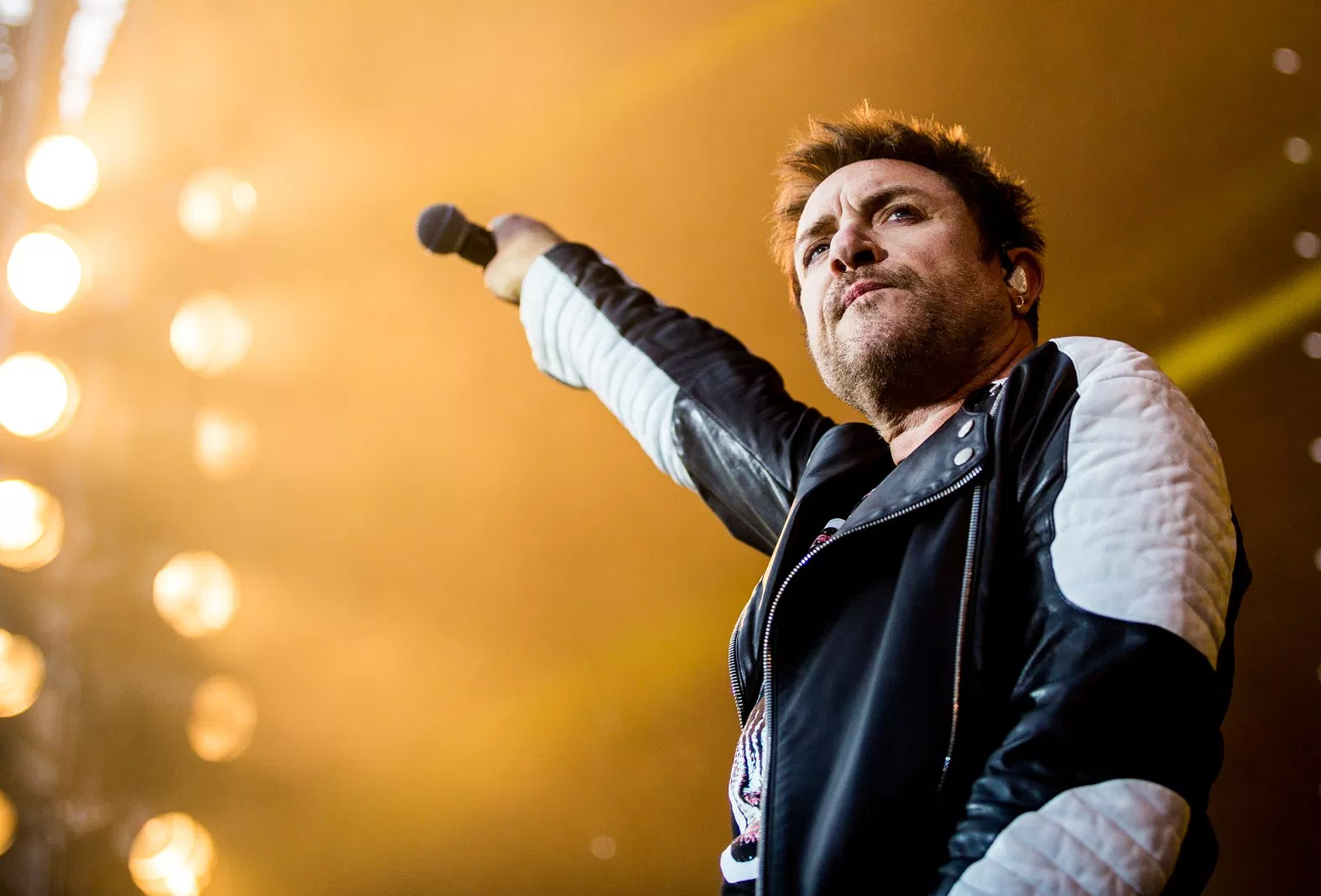 You could say what you want about having any preconceptions of seeing a Duran Duran gig in 2016 – whether it be nostalgia, genuine interest, or just plain ‘right place, right time’ if you were at NorthSide on Sunday – you were at Duran Duran and thinking “Jesus… this is class”

The show began with recorded thunder and the strobes coming to life – Simon Le Bon arrived on stage along with the augmented line-up and the place erupted. Their opener was a newer song – “Paper Gods” which had the crowd a little stumped – but once the beat kicked in and the lights were really going – it definitely became evident that this was no nostalgia show – Duran Duran could still punch their weight.

Le Bon commanded the audience and band magnificently – he was surprisingly under-dressed in just a t-shirt and white jeans – looking his age a bit – but certainly not sounding it at all as he lead us through a string of hits one after another like “Wild Boys”, “Hungry Like The Wolf” and “Come Undone” – which featured incredible backing vocals by Anna Ross – who would often be the on stage foil for Le Bon and co.

Aerial drone footage broadcast on the huge stage screens showed the entire festival grounds had been positively emptied other than Duran Duran’s set on the Green stage. A fewer new songs came rolling out – but fit nicely among the string of hits like “A View To A Kill”, “Notorious”, and “Planet Earth” (which worked in a tribute to Bowie with a rousing chorus of “Space Oddity”).

The highlight of the concert (and maybe even the whole weekend) was being with my mates and singing along to “Ordinary World” – an absolutely gorgeous 90s hit that everyone knows from their youth. That was the only nostalgia brought in to Duran Duran’s set last night – your own.

Bursts of confetti and beach balls were released before an encore of “Rio” – the crowd was absolutely going nuts over this surprisingly good and modern performance by – of all bands you never expected to be awesome – Duran Duran. What time to be alive!

OVERALL SCORE: 5
"The crowd was absolutely going nuts over this surprisingly good and modern performance by – of all bands you never expected to be awesome – Duran Duran" (5/6)

Previous Article
More Upcoming Media (North America)
Next Article
New “What’s in My Bag?” Episode with Duran Duran
News
Back to all news