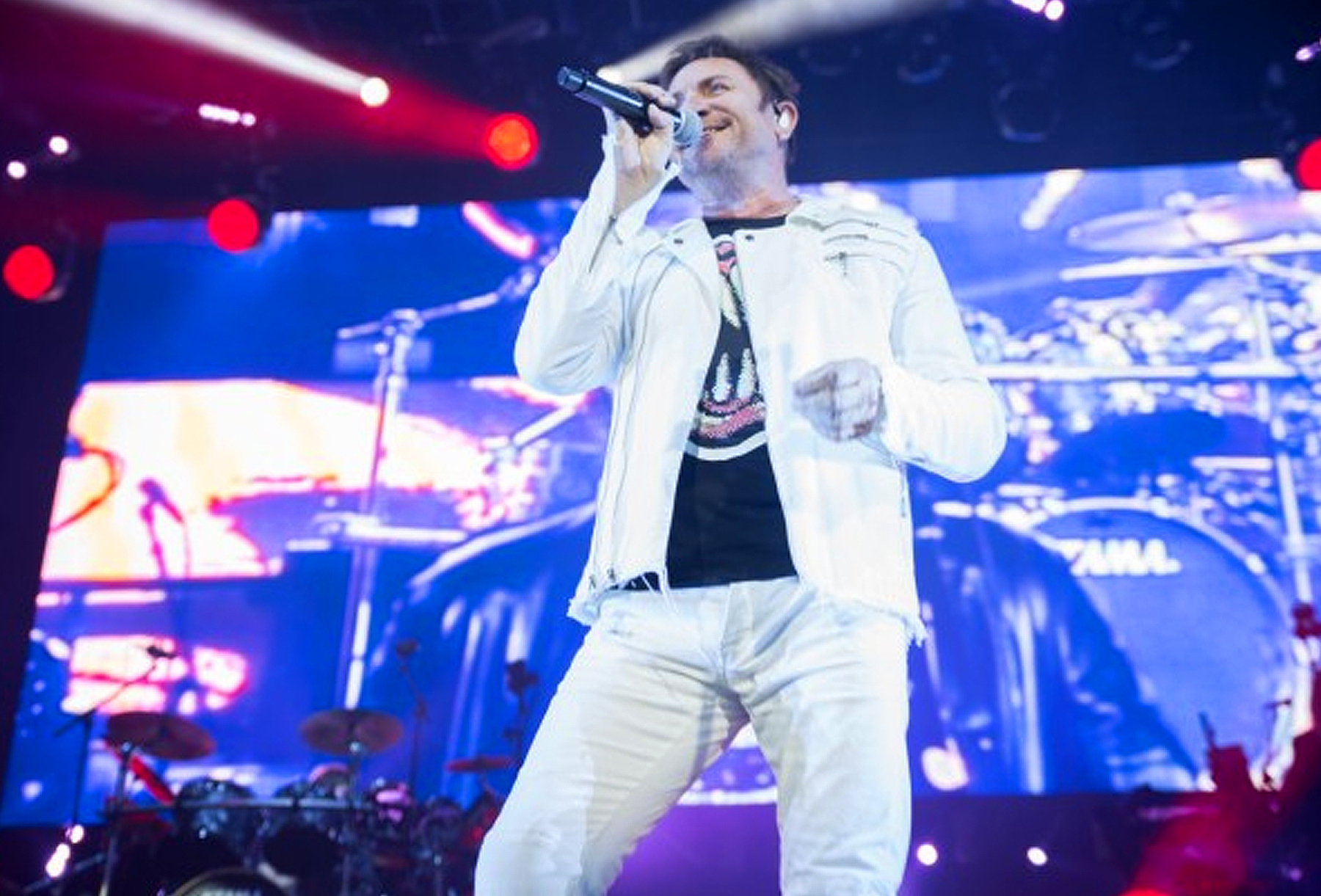 Generation X was out in full force on Thursday night for Duran Duran‘s gig at BB&T Pavilion. Though the band is now 35 years into its recording career, most fans came to hear the old hits — and the band did a masterful job of mixing things up a bit with both old and new rooted in their signature synthpop sound. The female-voiced roar that went up as they hit the stage was deafening, and the dance party that would ensue was even more epic as thousands re-lived memories from the 80’s and 90’s. The 18-song set only included five tracks from Paper Gods, their latest release and first in five years, filling the rest of the list with a majority of their hits from over the years.

For a band that’s been committed to their craft for decades, it’s an appropriate and reassuring message that they’re still pushing ahead. Many others would take a safe approach to their 14th album, but Duran Duran still innovates while staying in touch with their fan base. It may be flawed in parts, but Paper Gods is an ambitious and worthwhile effort that more than justifies its existence. The band brought in legendary Chic guitarist Nile Rodgers to help produce the album. Rodgers’ influence is felt throughout, especially on single and highlight “Pressure Off”, which features his guitar and vocals from Janelle Monáe. With its energizing funk, the song is in my opinion the strongest on the album, and that interplay between collaborators makes it feel like everyone is having fun – something that was clearly evident on Thursday night. Rodgers joined them on stage for two of the songs he produced for them, the 1986 song, “Notorious” and “Pressure Off”.

The band went on to strike the perfect balance of new songs and the hits that have made Duran Duran’s career a long and successful one. There were a few moments of reflection, including a tribute to David Bowie with a performance of “Space Oddity,” but most of the evening felt like the greatest dance party the crowd had ever attended as a blood red moon rose over the lawn. Bass player John Taylor also took a moment to thank the audience for their support over the years. He mentioned playing the Spectrum, LiveAid at RFK, Mann Music Center and other venues over the years. The night was wrapped up with everyone’s favorite two Duran Duran songs, “Save a Prayer” and “Rio,” as encores.

Paper Gods
The Wild Boys
Hungry Like the Wolf
A View to a Kill
Come Undone
Last Night in the City
What Are the Chances?
Notorious (with Nile Rodgers)
Pressure Off (with Nile Rodgers)
Planet Earth
Ordinary World
I Don’t Want Your Love
White Lines (Don’t Don’t Do It) (Grandmaster Flash & Melle Mel cover)
(Reach Up for the) Sunrise
The Reflex
Girls on Film

Encore:
Save a Prayer
Rio