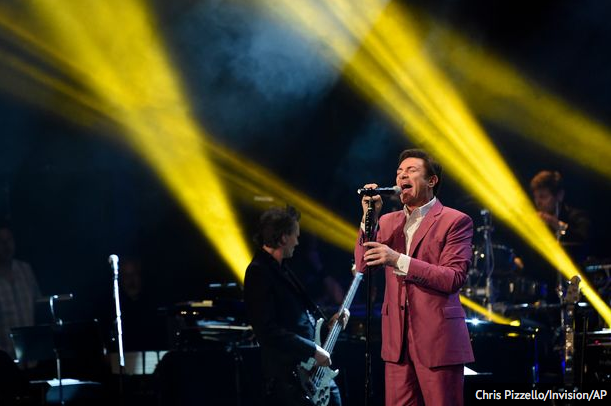 Their 14th studio album, Paper Gods will be released in September this year and they will be embarking on an 11-date arena tour across the UK in November and December.

Their Manchester date is on Friday November 27, and our chat with lead singer Simon Le Bon revealed he is most looking forward to playing the Manchester Arena.

“I love that room," he says. "It’s my favourite in the UK to play I think. One of my favourites in the whole world.

“It’s got great architecture. The energy rolls up in a very special way, it always goes off there.

“I would say we have had some of the best shows of our career there.”

Until the band release their latest album, Simon admits they don’t really have a set list.

“We have got a little bit of leeway," he says. "There is about two and a half months between the album and the tour so we can find out what people like on the album.

“At the moment we are just getting our repertoire together.”

And what a repertoire to choose from - their previous 13 albums have amassed more than 120 million sales and include 14 top 10 singles.

It is no wonder artists and producers are clamouring to work with the Birmingham-born band.

On this album they have worked with Mark Ronson and Ben Hudson [stage name Mr Hudson] among others.

“You want to work with someone who understands the band and Mark [Ronson] has that.

“He loves the music that we have made,” said Simon.

“He was first choice and he first came on board back in 2013. He was along for the first two weeks but then he said he had to go and do his thing but for us to carry on and we would reconnect which we did.

“In the interim we got Ben Hudson. The way he works is not dissimilar from Mark, and he is from Birmingham!

“Him coming on board was a very crucial stage actually, it glued it all together.

“Before we had a bunch of different songs and he brought it together and gave it a direction.

“He also gave us the confidence to leave each other’s space, and this is the first time we have got this on an album.”

The band have spent a long time on this album, according to Simon it is because they wanted it to be the best album they had ever made, which is a bold ambition for a 37-year career.

And the band are already excited to tour it.

“Playing to fans it is when the whole process comes full circle. You make music for people to listen too, but playing live is the only time they are listening as you are playing.

“In the past you did a tour to support an album and now you do an album to support a tour. “Things have changed so much now.

“We are lucky that we love to do the shows and play our music. That is the pinnacle and the most fun part for us.”

Duran Duran’s new album will be released in September. Tickets for their new tour go on sale today.