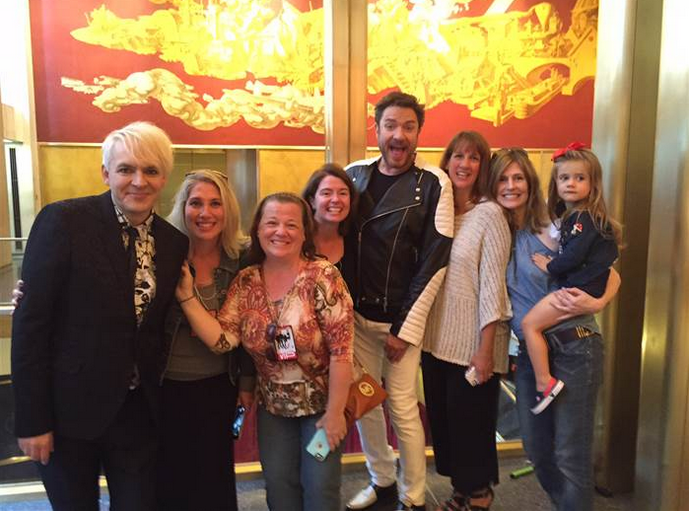 I'm sure at some point along the way, someone has asked you, "What was your first concert?" Well, I remember my first concert well. It was April 1984. I was in the seventh grade and my friends and I were headed to our first concert, Duran Duran. They were MY British boy band, before 1D came along and about 20 years after the Beatles.

Simon Le Bon, John Taylor, Nick Rhodes, Roger Taylor, they were our teenage dreams. We wore them on our T-shirts, their faces pinned to our jackets. Every inch of our bedroom walls was plastered with their posters. We played their albums over and over until we wore down the needle on the record player. And that night in 1984, our little group of girls from Long Island were about to hear our favorite band in the world live!

The concert was everything we imagined and more. Even the two moms that accompanied us as chaperones rocked to tunes like "Rio," "Hungry Like the Wolf" and "Save a Prayer."

It was a night we would all remember for the rest of our lives.

Two years later, my family moved from Long Island to Connecticut, and as the years passed, the phone calls waned and the letters became few and far between and sadly, I lost touch with my core crew of friends.

Then came the announcement that Duran Duran was going to perform on the TODAY Concert Series in September. Thanks to Facebook, I had reconnected with a few of the girls, who were in turn in touch with a few more who were not on social media. The message was simple: "Duran Duran is coming to perform at TODAY. Let's all go!!!"

It took mere minutes for my girlfriends to respond; everyone was emphatically in! Now as a busy mom of four active children, my expectations were low.

I know that a lot can changes in a week's time, let alone the month's notice I gave them. But the days leading up to the concert, we were giddy, texting and emailing, reminiscing and sharing old photos. I felt like the mini reunion had already begun.

Then, on Sept. 17, after more than 30 years, we were all together again, right back where we left off, rocking out to Duran Duran. But this time, we weren't in the nosebleed seats. We were up close and personal with the band that brought us so much joy and was the source of so many of our childhood memories.

It wasn't just about the music, it was about the friendships, and I was so happy that even after all this time, we hadn't skipped a beat. Mariellen finally got to touch Nick, Terry was face to face with John, Roger told Mary Dolores how beautiful her daughter was, Jen, Dianne and I laughed as Simon joked and jumped in a photo with the gang.

Our mini reunion was complete. I can't imagine a better way to reconnect with this group of fantastic girls that have turned into these amazing women. So much changes, but some things stay the same ... we still love Duran Duran.