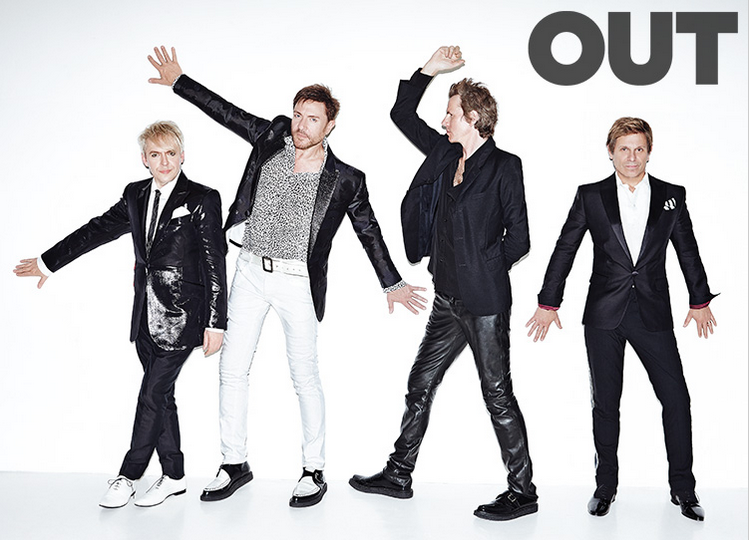 It may be the hottest July day in London on record, but Nick Rhodes is in full maquillage. And would you expect anything less from one of England’s evergreen pop curiosities? The foppish Duran Duran keyboardist and founding member is sitting in a photo studio talking about — what else? — fashion. He recently began archiving his clothes and came across 40 pieces by Antony Price, the exceptional couturier who worked with Bryan Ferry before helping cultivate the group’s carefully curated androgynous look in the early ’80s. So did Rhodes attend Price’s 70th birthday party earlier this year? “Darling, I threw it,” he says.

He goes on to describe how one of Price’s former shop assistants turned up at the bash in a copper-colored, tiger-striped suit that Rhodes instantly coveted. He turned to the designer and asked, “Why haven’t I got one of those? That’s really spoilt my evening, you bitch.” The soiree, he estimates, began disbanding around 3:30 in the morning. Rhodes says he’s always been very fond of “Tone” (his nickname for Price) because “he is probably the most  underrated fashion designer in Britain, if not broader than that. The other thing is he’s been a very dear friend who’s made me laugh more than anybody else in my life. I treasure that.”

Thirty-five years after frontman Simon Le Bon was introduced to Duran Duran in the side alley of the Rum Runner disco in Birmingham, U.K., the band is still railing against pedestrian-pop folly. They have always believed in pop music’s escape factor, its defiance and the transformative fantasies that it can conjure. They are, as Rhodes explains, “the complete antithesis” of the reality age. “I don’t mind if you can’t sing properly. I don’t care. But if you look great, have an attitude, and can play a couple of chords? Perfect.” Of course, a major reason Duran Duran are still considered synth-pop and New Wave legends is that so many of their chords were undeniable. Enduring classics such as “Hungry Like the Wolf,” “Rio,” “Girls on Film,” “Ordinary World,” and “Come Undone” gave their flamboyant style audible substance.

Now, Rhodes, Le Bon, and the group’s other members, John and Roger Taylor, are releasing their 14th studio album, Paper Gods. The LP’s cast list betrays the breadth of their cross-genre influence. Janelle Monáe, Mark Ronson, house-pop newcomer Kiesza, Chic mastermind Nile Rodgers, Red Hot Chili Peppers guitarist John Frusciante, and even Lindsay Lohan swung by their South London studio to contribute to the project. Le Bon, meanwhile, is sporting a dramatically noticeable svelte new figure. In the run-up to Paper Gods , he approximates he lost close to 30 pounds. “Particularly for video shoots, TV, anything visual, it’s so much easier if you’re not having to hold your tummy in,” he says. There’s another type of vanity at play as well: “I just don’t want to be the fat guy in Duran Duran.”

It was Le Bon’s idea to use Lohan for a spoken-word interlude on the record’s propulsive, clubby track “Danceophobia.” He first met her several years ago while they were in hair and makeup backstage at Live! With Regis and Kelly . “Getting her in the studio took a month,” he says. “It took me and Ben [Mr Hudson, the British artist who helped produce Paper Gods ] driving to her apartment in Mayfair, waiting outside for her to come back from somewhere, and virtually kidnapping her, shoving her and her sister in the car and taking her there.” The anecdote illustrates the group’s long-standing appetite for Warholian myth-mongering. “She’s a loose cannon,” Le Bon adds. “She really is. But I said she can do it.”

Everyone was delighted with the song, in which Lohan adopts the guise of a lustful doctor prescribing a cure for the fabulous imaginary ailment of the title. “It’s so naughty,” he says. It’s also her best performance in years. Rhodes found himself most delighted to be sandwiched between Ronson, a Duran Duran evangelist since childhood, and Rodgers, their mid-season collaborator, on the breathless, funky opening cut, “Pressure Off” (which also features vocals from Monáe). “Nile had just been on the seminal song from that year [Daft Punk’s smash ‘Get Lucky’], and Mark didn’t know it but was about to have the seminal song of this year [‘Uptown Funk,’ Ronson’s track with Bruno Mars], and you can imagine the excitement in the room,” Rhodes recalls. “You’re underground in the gold mine looking for something for a year, and then suddenly there it is: a shiny nugget. And you know it.”

Previous Article
Duran Duran – “Last Night In The City” (Feat. Kiesza) (Stereogum Premiere)
Next Article
The Reflex
News
Back to all news