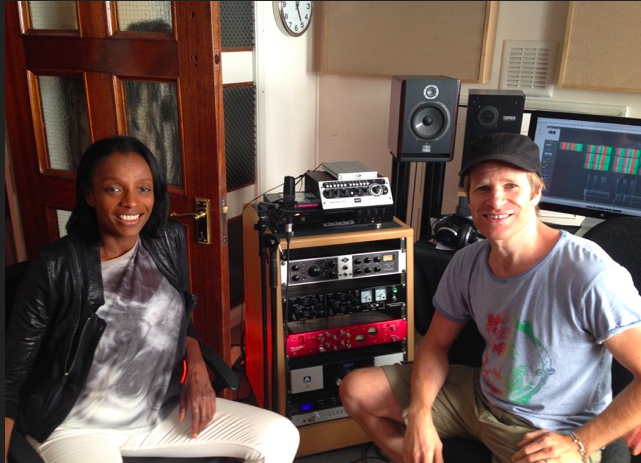 Our very own Anna Ross is putting out a solo album via a very cool Pledge Music campaign! Read more about it in this Fan Community Q&A excerpt!

What made you decide to record your own album?

I think most people want to develop in their career, in some way over time, and having always been interested in music, singing, and songwriting this felt like a very natural progression for me alongside working with Duran Duran.

You co-wrote three songs with Simon. What was that like?

It’s amazing to work with Simon, he has such a creative mind, and is such an accomplished writer with lots of original suggestions, so I always want to listen to his ideas as much as possible and just absorb the information.

We’re just working on getting the mixes exactly right at the moment. We only began working on the 3rd track very recently, which is probably going to be used for a new video game about mining in the Congo that will raise awareness about the humanitarian crisis over there. It's a war zone where people live in fear of rape and death every day, and where child soldiers and child labor are 2 examples of deeply troubling issues surrounding the mining of gold, diamonds, and other minerals exported to the West. The video is to be released this summer and is called 'Blood Minerals', with proceeds going to the charities 'Congo Children’ and 'Congo Leaders initiative’. This is not an easy subject to write about at all, and in the few meetings we have had already, Simon’s input as with the other tracks, has been invaluable.

How is Dom as a Producer?

He’s a brilliant producer. He’s extremely patient and empathetic, and also very efficient with excellent production suggestions. I’ve really loved working with him and hopefully we’ll do more. I’ve also been working with two other fantastic producers, Matt Catlow and Paul Rose. This works well in terms of people’s availability because they all have other projects too, so this way usually one of them is available to come in and work on the album.

Are you nervous about being in the front of the stage as opposed to being a backing vocalist?

I have sung lead in the past, and I do sing some featured parts with Duran Duran, but I imagine there will be some nerves. Providing I’ve rehearsed enough, I am really looking forward to it.

The support from the Duran camp has been great! Here is the link for my Pledge project http://www.pledgemusic.com/projects/annaross. I am very excited about the year ahead!!!

Previous Article
Duran Duran: 5 Reasons We Love Them
Next Article
Gibralter Music Festival Announces Duran Duran & Kings of Leon to Headline
News
Back to all news