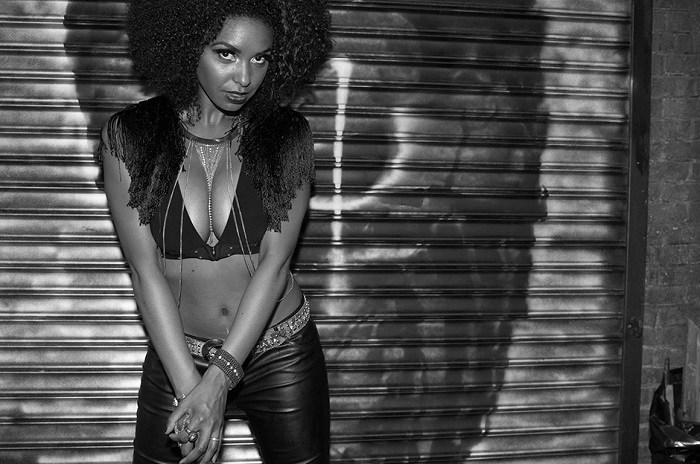 Imagine being a friend/work associate of Nile Rodgers. Then imagine him recommending you to be a last-minute stand in for Duran Duran's backing vocalist, who suddenly couldn't travel to New York for FASHION ROCKS. Then imagine months later, the band asks you to go on tour with them as they launch their new album, PAPER GODS. Pretty unimaginable, right? Not to Jessie Wagner, who is this month's fan community Q&A excerpt ...

Tell us a little bit about yourself, where did you grow up?

I'm from Norfolk, Virginia, but I've been living in New York for several years. I've had the pleasure of touring with Nile Rodgers and Chic, Kid Rock, Lenny Kravitz, and now I'm ecstatic to be about to go on tour with Duran Duran! While I'm at home, I do shows with my own band, Jessie Wagner and Envy. We're a eclectic mix of rock, soul, and pop.

What would you say your first big break was?

My first big break came when Omar Hakim, one of the most phenomenal drummers ever to grace this planet, took me to an audition with Chic. There, I met Nile Rodgers and Sylver Logan Sharp, the lead singer at the time. I hopped on stage and sang with her and our voices blended nicely together. From there, I went to Japan for three weeks to do a Blue Note tour! That was a whirlwind experience. I learned a lot from Nile and Sylver, and try to incorporate that into what I do today. Nile gave me first big break into the big leagues and I will always be in his debt for taking a chance on me.

I actually got in contact with Duran Duran through Nile Rodgers. They needed an emergency stand in for a gig and he suggested me. It just so happened I was available. Again, I have several reasons for my undying appreciation of Nile Rodgers!!

I grew up listening to Duran Duran. It's crazy to know I'll be singing the songs that are a part of the soundtrack of my life. It's all very surreal!

(photo of Jessie and Anna courtesy of Jessie Wagner)