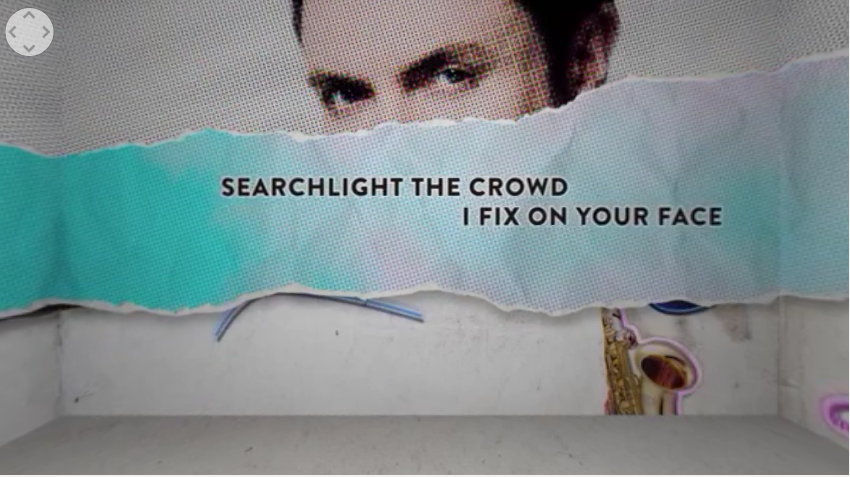 This isn’t your average lyric video.

The first clip for Duran Duran's new track "Pressure Off" — from the "Hungry Like the Wolf" rockers’ 14th studio album Paper Gods — was filmed with YouTube's 360-degree capabilities in mind. That means it's interactive: Viewers can drag their cursors across the screen to move in any direction. Those watching on mobile devices can move their gadgets to get the same effect.

The video features Janelle Monae and Nile Rodgers, the lead guitarist of '70s-founded disco band CHIC. It's just one of the new album's star-studded tracks: Kiesza appears on "Last Night in the City," while Lindsay Lohan (yes, Lindsay Lohan) makes a spoken-word cameo on "Danceophobia." Rodgers also serves as co-producer of Paper Gods, alongside Mark Ronson.

Duran Duran has a long history of experimenting with tech, according to founding keyboardist Nick Rhodes.

"In 1997, I went to Abbey Road Studios in London to press the button that would trigger the first paid digital download in the world for our song 'Electric Barbarella,'" he explained. "A couple of years later, we worked with some bleeding-edge innovators to bring augmented reality into our live shows: A girl walked over our audience and gradually grew larger until she almost touched the ceiling of the venue; Elvis magically appeared on stage and started dancing.

"The technology was truly in its infancy at this time, but it was already clear that it would metamorphose into something quite extraordinary over the coming years."

"I initially saw this in a lab, whereupon strapping on a clunky headset you were transported to another dimension where a giant spider chased you around its web," Rhodes continued. "Today, virtual reality is available to the consumer and it will inevitably be adopted to become a part of our everyday lives.

"The lyric video we have created uses this technology in a simple but effective way, so that the viewer can become immersed in the interactive experience, navigating his or her way through the multi-dimensional environment."

Director Samantha Evans of IncrediBull added: "Duran Duran have always been a band that pushed the boundaries. So, when directing this video, I knew we had to do something exciting and completely different. Virtual reality seemed like the perfect choice."

Previous Article
Duran Duran: “We See a Bit of Ourselves” in Kanye West
Next Article
Review: Duran Duran, Yet Again, With ‘Paper Gods’
News
Back to all news