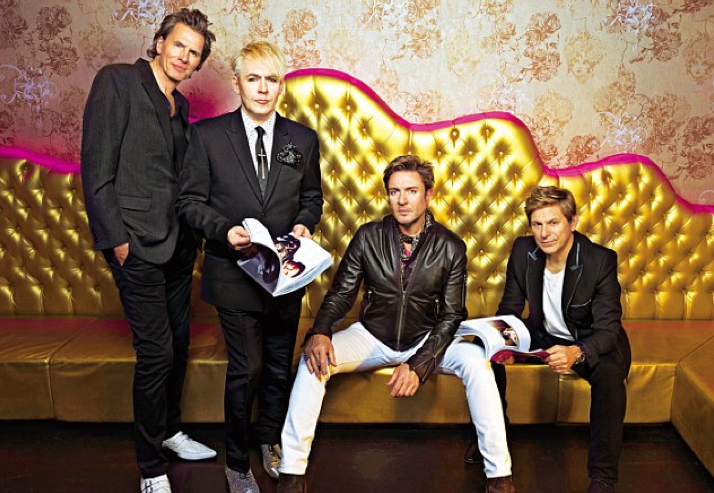 September 8th, 2015 — Burbank, CA — Paper Gods, the eagerly anticipated new album from multi-platinum superstars Duran Duran, is now streaming in its entirety at Pitchfork.com. The album will be released worldwide this Friday, September 11th, via Warner Bros. Records. Listen to it HERE.

“If Paper Gods were a debut from some upstart band, the buzz would be insane.” – Rolling Stone

“Most daring album in years.” – Billboard

“Duran Duran are back with the captivating and contemporary fourteen-cut gem Paper Gods, out September 11, rife with a sound that mines and expands on their infectious early pop-dance style to fine effect.” – Village Voice

Singer Simon Le Bon, keyboardist Nick Rhodes, bassist John Taylor, and drummer Roger Taylor recorded Paper Gods in London with producers Nile Rodgers, Mark Ronson, Josh Blair, and Mr Hudson. The songs capture the true essence of Duran Duran, with the duality and sense of conflict that has always been at the heart of their music. Visceral and daring, the album mixes hard-edged, contemporary pop with the band's darker more experimental side to create a body of work that is epic in its scope.

Duran Duran will perform a run of shows in the U.S. in September and October, followed by a UK arena tour that kicks off in late November. Please visit http://www.duranduran.com/ for details.

Previous Article
UK Tvs: NewsNight & The One Show
Next Article
Duran Duran: “We’re Never Going to Give Up”
News
Back to all news