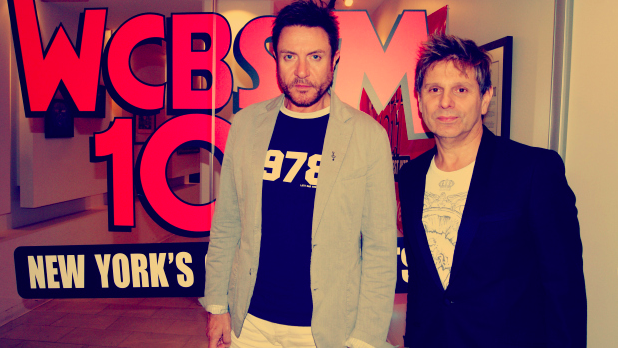 Recording an album can have its ups and downs, even for veterans of the business. One only needs to look at the relationship between members of The Beatles to know that.

For Duran Duran‘s 14th studio album, Simon Le Bon and company enlisted a can’t-miss crew of producers, namely Nile Rodgers and Mark Ronson. In Rodgers, you have a living legend, responsible for all the hits produced by Chic, not to mention his work with Diana Ross, David Bowie, Madonna, and more recently, Daft Punk, Pharrell Williams, Sam Smith, and Lady Gaga.

Ronson’s resume should be lauded as well, having worked with Adele and Amy Winehouse on top of releasing the biggest hit song of the past year, “Uptown Funk” with Bruno Mars.

With a lineup like that, Le Bon could rest assured the music his band made would be in the right hands. But it was a lesser-known producer who kept the ship running smoothly who Le Bon feels deserves the most credit.

“A guy who put most of the hours in is a young English fellow by the name Ben Hudson, aka Mr. Hudson,” says Le Bon. “He did some vocals with Jay Z (on “Young Forever”) and he’s produced a lot of R&B stuff… he’s a fantastic guy.”

“He was the glue that really held the record together,” adds Le Bon.

Not only was Mr. Hudson a vital piece to the writing and producing of Paper Gods, his vocals can also be heard on the album’s title and lead track.

Paper Gods will be released on September 11th. Duran Duran will be performing at The Capitol Theatre in Port Chester for a pair of shows this Saturday (8/1) and Sunday (8/2).