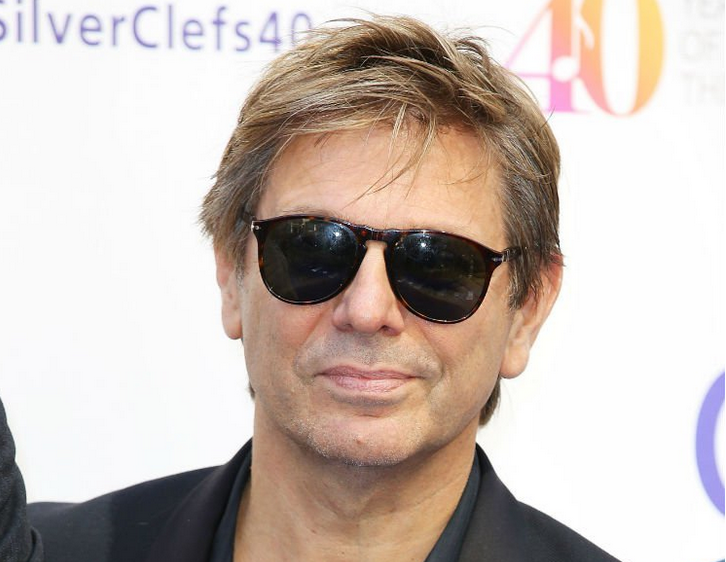 The band's drummer talks new music, the internet and the pitfalls of fame

"I would say I probably speak... 90% less than the others in the band." It's mid-afternoon on a Monday, and Duran Duran's Roger Taylor is reaching the end of an entire day of talking about himself. It's not, by any stretch of the imagination, his natural habitat.

Dubbed "the quiet one" by the media, Taylor was - by his own admission - ill-equipped to deal with the worldwide success Duran Duran began to achieve in the early '80s. He was 20-years-old, incredibly shy, and "totally unprepared for everything that happened." At 25, he threw in the towel, and his drumsticks, and retreated so far from the public eye that The Sun dubbed him "the hermit of pop."

After some time away, though, Taylor's passion for the band crept its way back into his consciousness. In 2001, he rejoined Duran Duran a more confident, assured person, with the wisdom and experience of age on his side. Fourteen years on from this reunion, and Duran Duran have, today, released their fourteenth studio album, Paper Gods.

He might be the quiet one, but when it comes to the band's legacy, their new music, and what being a global star has taught him, Taylor has plenty to say.

What will surprise fans the most about the new album?

I think the depth of the album is gonna really surprise people. Duran Duran has always had a darker side to its music, but I think this really does go into the more experimental side of the band, so the diversity of the record is quite something. It's very widescreen, you'll have something really fun and poppy like 'Danceophobia' and then you'll have something very dark and introspective like 'Universe Alone' or 'Paper Gods', so I think the breadth of feeling in the album is quite, I think will be quite a surprise to people. Was that a conscious direction, or did it evolve naturally?

No I don't think it was conscious at all. Over the two years, you know what the seasons are like in the UK, we'd turn up one day on a Monday, on a very grey, dreary, English afternoon, and we'd write something that was very deep and thoughtful and dark. Then we'd turn up there on a sunny July afternoon, and it would be a happy song - so it kind of reflects the whole period that we went through, in making the record over the two years, so it certainly wasn't a conscious thing.

How do you find talking about your music?

I think I am, I'm very comfortable with that. I could never have been the lead singer I don't think. I kind of had a bit of a flirtation with playing bass, but I found my true destination when I sat behind a drum kit. Because I was never a great talker when I was growing up, and I finally found something that was loud and could really speak for me... but I could also be at the back. I wasn't thrust directly into the limelight at the front, so it was the perfect instrument for me.

On the subject of enjoying being at the back, you've always been dubbed "the quiet one" by the press...

I think that's fairly accurate. I would say I probably speak, probably 90% less than the others in the band. They've always been really good talkers and I always have been the quiet one. I don't know why that is. I guess it's kind of like the archetypal drummer isn't it really? The quiet one. That's definitely me.

Having lived through that, do you find yourself empathising with young popstars like Justin Bieber?

Definitely. It's a very unusual existence, and people tend to say, 'Oh what's wrong with him, he's got a million dollars in the bank, he's got this', but it is a lot to deal with as a young guy, and I totally sympathise with anyone that's had these issues. He has to get up every day and he has to be Justin Bieber the popstar. He can't just get up and walk down the street and get a packet of cigarettes or whatever, and that's quite a pressure isn't it? You lose a lot of freedom. The success, which is amazing, also comes with that downside of the loss of freedom and growth as a person, it kind of stunts that a bit.

People often use the 'millions of dollars' argument, as if wealth negates any other problems a person might have.

Exactly, then you look at Whitney Houston, and the Amy Winehouse movie, I just saw that, and that shows you the downside of the fame game. It's a real balancing act to keep on the straight and narrow.

With the birth of the internet since Duran Duran first came around, do you think it's become more difficult?

Yeah I guess it's even harder because there's no escape. Everything you do, within seconds, it's blasted around the universe. That must be tough, and that's something we didn't have to deal with, which must make it a lot more difficult. Although we had the UK press, and I think we were the first band - probably not the first band - but music became a very important part of the national press. We were one of the first bands that they took real interest in. I guess that was a similar thing, because we couldn't do anything without it getting into a national newspaper.

And on the flipside, it's easier now for musicians to directly represent themselves via social media, and respond immediately if they're horrible misquoted or...

That's right, exactly, we didn't have a voice! We didn't have a voice to respond, apart from through your publicist or whatever, but usually the story had gone out, it was in print, and had been in print for 24 hours and it was usually a little late to respond. So I guess they do have that now, which is an advantage.

Do you, like Simon Le Bon does, compare your albums to other classic albums to gauge whether they're good enough?

I think we do it constantly, because we grew up in such an amazing period of music and great records. We grew up with Kraftwerk, and the early Roxy Music albums, and all the Bowie albums were incredible when we were growing up, so I think we constantly have those as a touchstone.

Also we went through punk as teenageers. We went through the first Clash album, and Never Mind The Bollocks, and the Joy Division records, so we had this amazing catalogue that we grew up with, which is a constant touchstone that we go back to. 'Is it as good as an album from this period?' I think that was when, for me, all the great albums were written - between 1970 and 1980.

And how was working with Mark Ronson?

He's amazing Mark, he's a very... I think there's definitely a bit of genius in there, and he's a very thoughtful character. He thinks very deeply about everything that he does, and that's why he's successful, I think he's just got that something that you need as a producer, just that ability to have that, to look from a distance and see waht's right and what's wrong and which way the groove should go, he's just got an amazing ability.

People tend to wonder how much the producer's role is a creative one, and how much it's a technical one.

I think we really need a producer actually, this band, we've always needed somebody to be looking on from the outside. We all think that we can completely produce a record and get it all right and deliver the finished article - we can't, we really need somebody to have a vision to come in, and Mark always seems to have that vision. We definitely need producers, in the old school sense.