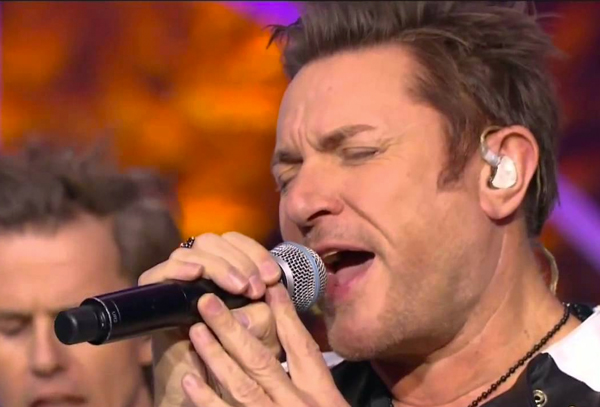 Washington, DC – The 24 Hours of Reality and Live Earth: The World Is Watching global broadcast event lineup will include Neil Young, Mumford & Sons, Florence + The Machine, Duran Duran, Thirty Seconds to Mars, Joss Stone and Laura Pausini, it was announced today. They join an unprecedented array of artists, celebrities, government leaders and climate experts and activists for the round-the-clock broadcast aimed at building momentum for action at the upcoming UN climate change talks.

Former US Vice President and Chairman of The Climate Reality Project Al Gore will lead the global broadcast of The World Is Watching, airing from 6pm CET, Friday, November 13 to 6pm CET, Saturday, November 14. The broadcast will also include a special, interactive Facebook segment with Pharrell Williams, that will explore how creative expression can influence climate action. The World Is Watching is produced by The Climate Reality Project and Live Earth, whose partnership for this fifth-annual broadcast means it will include an extraordinary artistic lineup and distribution platform to maximize its global reach.

“24 Hours of Reality and Live Earth: The World Is Watching is about making sure the people of the world are informed and engaged so that they can make their voices heard in their capitals and at the negotiating table in Paris,” said Vice President Al Gore. “The UN climate talks can be a breakthrough moment to change the dangerous course we’ve set for our planet. We want the world’s leaders to know the world is watching, and its time for them to act.”

“The media landscape is cluttered, people’s lives are busy and the way people access information and connect with each other varies from person to person. To cut through, you have to provide truly compelling content and match it with multiple distribution streams that reach people in their homes and on the go,” said Live Earth founder Kevin Wall. “The climate crisis is grave, so we are harnessing the best content and the latest in mobile, social media and online distribution to make sure we can connect with people everywhere.”

24 Hours of Reality and Live Earth: The World Is Watching will include dynamic appearances and performances from world-renowned musicians and entertainers and will be available to a global audience through mobile, web, and television broadcast.

The World Is Watching will also include presentations from government leaders and climate experts and activists broadcasting from Paris and eight other countries around the world (United States, Australia, Brazil, India, Canada, China, the Philippines, and South Africa) to provide viewers with compelling, entertaining and informative content on the local and global impacts of climate change, as well as promising solutions that can be found around the world today. The broadcast will feature appearances from world-leaders such as:

Please visit the www.24hoursofreality.org for a full list of participants.

24 Hours of Reality and Live Earth: The World Is Watching will have a global broadcast footprint. Visit www.24hoursofreality.org to find out how to watch the livestream where you live or on your mobile device.

For viewers in the United States, a 24-hour live stream will be available exclusively on mobile via go90—a free mobile-first, social-entertainment platform that can be downloaded via the App Store or Google Play. Verizon FiOS customers can watch "24 Hours of Reality" on FiOS1 (Channel 1 and 501 HD). The broadcast will also be available worldwide through www.24HoursOfReality.org, The Huffington Post, and www.AOL.com. Additional global broadcast partners will be announced later this week.

Each hour, the broadcast will be punctuated by thought-provoking, knockout appearances from an all-star lineup. The broadcast is aimed at urging world leaders to push for the strongest possible climate agreement at the upcoming UN conference in Paris, and at urging people to take action in their own communities and homes.

Previous Article
The Return of Duran Duran: ‘We Believe in this Brand Much as we ever Have’
Next Article
Duran Duran’s Roger Taylor: ‘Reluctant Rocker’
News
Back to all news