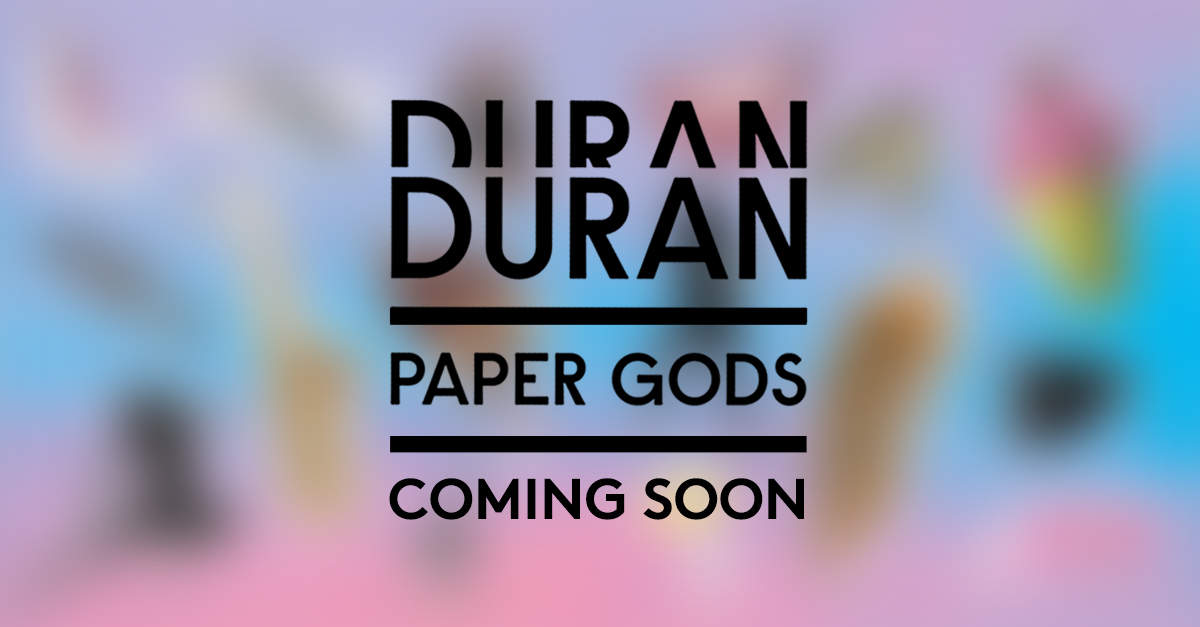 The group will play its first concerts at the Hollywood Bowl and Red Rocks Amphitheatre.

Duran Duran has announced that its new album will be titled Paper Gods. The set will be the band's first in nearly five years, and is due out in September. The group revealed the name via Twitter on June 12.

A day later, the group also announced a string of new tour dates, including their first concerts at the famed Red Rocks Amphitheatre in Morrison, Colo., and the Hollywood Bowl in Los Angeles.

Paper Gods is the group's 14th studio effort and first for Warner Bros. Records. (The act signed with the label in March.) The album will be preceded by the single "Pressure Off," which features Janelle Monae. Paper Gods was produced by Nile Rodgers, Mark Ronson and Mr. Hudson, and also features guest turns from Kiesza and former Red Hot Chili Peppers guitarist John Frusciante.

Paper Gods reunites Rodgers and Duran Duran, who have a long history together. He co-produced the band's Notorious album (featuring the title track, which reached No. 2 on the Billboard Hot 100), "The Wild Boys" single (another No. 2 hit) and remixed the No. 1 hit "The Reflex" to great success. He also co-produced tracks on Astronaut. As for Ronson, he co-produced Duran Duran's last studio album, 2010's All You Need Is Now.

Both Rodgers and Ronson are coming off their own individual No. 1 successes in 2015: Rodgers, with his band Chic, recently topped the Dance Club Songs chart with "I'll Be There," while Ronson ruled the Hot 100 for 14 weeks with "Uptown Funk!" featuring Bruno Mars.

Duran Duran and Rodgers will also team up for a series of live shows later this year, including Rodgers' FOLD Festival on Aug. 5. After that, Duran Duran's tour schedule includes its first ever show at Red Rocks Amphitheater in Morrison, Colo. (Sept. 20), and their first concert at the Hollywood Bowl in Los Angeles (Oct. 1). (The Bowl show is Duran Duran's first proper concert at the venue, though the act has been on the Bowl stage previously: they took part in a January 1993 taping of The Arsenio Hall Show's 1000th episode.)

Previous Article
A Birthday Message from Dom!
Next Article
Duran Duran US & UK Tour Pre-Sale/On Sale Information!
News
Back to all news