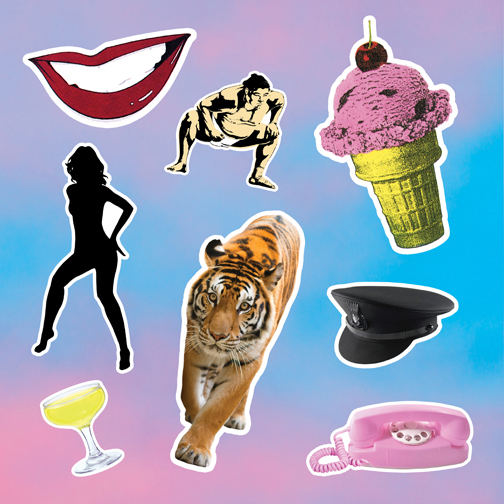 With 2010’s All You Need Is Now, Duran Duran dusted off the synthesisers used on some of their most iconic moments, providing them with some of their most favourable reviews for some time. With Mark Ronson steering the ship (or perhaps more appropriately, yacht), their brand of new wave pop/rock sounded more like the Duran of old than they had for decades. While providing diamonds, the echoes of yesteryear also meant that comparisons were difficult to ignore (“that one’s the new ‘Girls On Film’, that’s another ‘The Chauffeur’…).

Five years in the making, Paper Gods sees the four-piece reunite with Ronson, with more of a focus on Now than their last collection, yet managing to reference some of the sounds made post-Rio Continuing a history of instantly intriguing openers (‘Girls On Film’, ‘Rio’, ‘Medazzaland’), Mr. Hudson’s monk-like chants lead in the title-track, before confident beats melt into Pink Floyd influenced instrumental breaks. Past blueprints have seen the band liken projects to “between Sex Pistols and Chic” and “Kraftwerk meets Mamas And Papas”, but Paper Gods is perhaps their most eclectic, assisted by guest stars from ex-Chilli Pepper John Frusciante to Lindsay Lohan. If anything it’s Rolling Stones covered by Everything Everything, yet like their own suggestions it probably sounds nothing like it.

Janelle Monhae joins Nile Rodgers for the naturally funky ‘Pressure Off’, while Kiesza lends her gusto to ‘Last Night In The City’, enticing Simon Le Bon to provide one of his strongest vocals on record. As with many of the tracks, it’s all too easy to assume that the modern sound is that of an older act selling out, but a closer inspection reveals that the elements of the band are all there (Nick Rhodes’ jerky, sparky synths, a driving bass from John Taylor with the combination of drums and machines from Roger Taylor and uplifting lyrics a la Le Bon), but this time sounding as relevant as the electronic acts they’ve inspired.

Often defining themselves as “a band designed to make you have fun”, ‘Face For Today’ and ‘Danceophobia’ are upbeat shots of pure pop, the former reuniting listeners with some of Le Bon’s more cryptic lines (“the world’s an ink spot on a plastic spoon”) and the latter referencing a medical condition, with Lohan taking the role of a doctor during a ‘Thriller’ influenced narration. It’s as bizarre and brilliant as it sounds.

Previously revealed ballads ‘You Kill Me With Silence’ (icy, electronica, featuring a synth solo to rival Frusciante’s inclusions) and ‘What Are The Chances?’ (a more modern ‘Ordinary World’, suffering slightly from a chorus that doesn’t live up to the verses) adjust the tempo, while the plink-plonk piano of ‘Sunset Garage”s middle-8 has a ’60s shine, whereas ‘Change The Skyline’ touches on ’90s dance.

Following a history of dramatic closers, ‘The Universe Alone’ (“It’s beautiful, the dying sun”) meanders from lush strings to jagged beats and back again, before a climax of industrial distortion fades into a choral section. It’s a first for an act three decades into their career, but as a band who only ever look back to go forward there’s surely time for plenty more firsts. Paper Gods may not be the most politically savvy record of 2015, but it makes a hefty mark in “the band to dance to when the bomb drops”‘ career, and is quite possibly the pop album of the year.

Paper Gods is released on 11th September via Warner Bros.