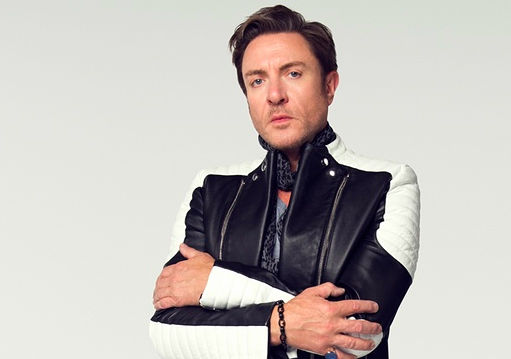 Born in Hertfordshire, Simon Le Bon, 56, became lead singer of Duran Duran in 1980. The band have since sold more than 70m records worldwide and received multiple awards. Their latest album is Paper Gods, and they begin a UK tour in November. He is married to the model Yasmin Le Bon, has three daughters, and lives in London.

When were you happiest?
I was very happy to be alive when I surfaced after my yacht, Drum, capsized in the Fastnet Race in 1985. I was in an air pocket for 40 minutes, and had to take off my long johns to be able to surface.

What is your greatest fear?
I have grown out of arachnophobia and a castration complex, but I have nightmares about dying alone.

What is your earliest memory?
Lying in my cot, in my mum and dad’s bedroom in Pinner.

What is the trait you most deplore in others?
Bullying.

What was your most embarrassing moment?
I went commando for 20 years, because a guy from another band told me that rock stars don’t wear underpants. In Rotterdam in the 1980s, I was wearing these Jean Paul Gaultier trousers. I came off the stage in a star jump and they opened at the seam and everything was flying towards the audience.

Property aside, what’s the most expensive thing you’ve bought?
A whole racing team for Drum.

What would your super power be?
I have one: I am a healer with music.

What makes you unhappy?
Other people’s pain and suffering.

What do you most dislike about your appearance?
I’ve got this enormous great big red nose. It just seems to get bigger.

Who would play you in the film of your life?
Brandon Flowers.

What is your most unappealing habit?
Blaming emissions and belches on the dog.

What is your favourite smell?
Yasmin, first thing in the morning.

Which book changed your life?
Dune by Frank Herbert. It opened my eyes to the nature of fear and nervousness. I read it when I joined the band. It taught me a lot.

What did you want to be when you were growing up?
An actor.

What is your guiltiest pleasure?
Occasionally, I have an ice-cream binge.

What do you owe your parents?
My mum taught me self-belief, my dad taught me to be a pragmatist.

What or who is the greatest love of your life?
Yasmin.

Have you ever said ‘I love you’ and not meant it?
No.

Who would you invite to your dream dinner party?
Noël Coward, Tallulah Bankhead, Cleopatra, Mark Antony (much more fun than Julius Caesar), my kids and Yas. But then I wouldn’t have a chance with Cleopatra if Yas came along.

How often do you have sex?
It feels like quite a lot, but it might not be by other people’s standards.

What single thing would improve the quality of your life?
Another radio hit.

What keeps you awake at night?
Tummy ache.

What song would you like played at your funeral?
I’m torn between Fauré’s "Requiem" and "The Long And Winding Road."