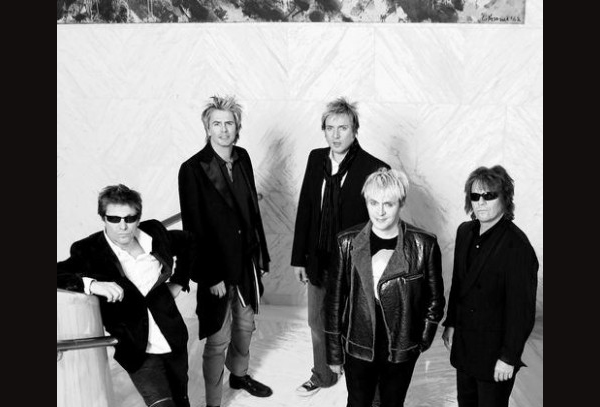 October 11, 2014 marks the ten year anniversary of Duran Duran's Astronaut, which was the first full album recorded by the original five members of the band since Seven and the Ragged Tiger in 1983. Drummer Roger Taylor shares his memories of recording the album.

Some people say that certain moments change ones life forever. Well, I think I had one of those moments in the year 2000. A few years earlier I had moved back to London from my retreat in the English countryside. It was time for a change (again), and, in fact, I'd started to 'dabble' again, working on some electronic music with a couple of people from my hometown of Birmingham. It was uncompromising & designed only for the dance floor ... now people call it EDM! I had even built a studio on the top floor of my house, thinking that this stuff was going to be home grown and a million miles away from a certain band that I used to be in 'way back in the 80's...but my plans took an unexpected change in the summer of 2000.

I'd been out for a walk along the Thames near my house and returned to find a garbled answer-phone message; it was John: "Hey Rog, I'm by the pool in LA, with Nick & Simon, just need to talk to you about something, can you please call me back?” Of course, I called John back, thinking it was some sort of issue regarding the band's back catalogue, but he was calling about something I thought would never happen. "Rog ..we want to put the original band back together again.”

Some months later, the 5 of us met in a nondescript office in North London, but the air was thick with anticipation and excitement. We take our first picture together since 1985, a tiny grainy Polaroid - you can see the power and the potential of the original lineup in that simple snapshot. But first we had to figure out how to approach this thing... Have we left it too long? Will there still be an appetite for the original 5?

John suggests that we get straight out there a.s.a.p...'Reunion Of The Snake!' he coins the tour...Andy and Nick, in total union, disagree. “No way, we need to record a new album first. This band, first and foremost, has always been an album band.”

The idea for 'Astronaut' was born.

We rented a large house near St. Tropez, just the five of us, an engineer called Mark Tinley and a filmmaker called Vuk Vidor. We set up in the main living room. It felt like a school band in the sense that it was basic, back to the bare bones of the band. It was electric, and we gelled again as musicians, finding something we thought was lost. That’s a very powerful thing, and we knew we were on some sort of path.

Recording the album wasn't so easy at all. Two years of seemingly going in circles, trying to find the right grooves, the right songs, searching for a niche in a market that had moved on in 15 years, trying to reclaim the space in a band of individuals, whose array of personalities had grown in opposing directions over the intervening years. There were arguments, confrontations and even, dare I say?, ‘scuffles’. Different rooms, different studios, a procession of superstar producers including Nile Rodgers & Don Gilmore came through the door at different times, resulting in the album becoming a two year project and an enormous labour of love. In the end, we just put our hands up and said "that's it, we're done...this is what we have to offer the world at this point in our lives, and we have to move on.”

Interestingly the songs that didn't make ‘Astronaut' are, in my opinion, some of the best songs we have ever recorded. For whatever the reason, they didn’t make the cut. Songs like 'Beautiful Colours,' 'Salt In The Rainbow' and 'Lonely Business' will, hopefully, be released from captivity one day.

In hindsight, I think 'Astronaut' is a great album. We did find our feet, and it projected us into a reunion tour that was record breaking and astoundingly breathtaking. Our audience came back to us to hear the old songs, but also the new ones... songs like 'Reach Up For The Sunrise,' 'Nice' and 'Point Of No Return' were going down a storm.

One of my defining memories of this tour is arriving at a sold-out Madison Square Garden (the first time DD had played there since the early days of the band) and pulling up in the car park next to a very large tour bus, one of many tour buses and trucks in the parking lot. However, this particular bus had the 'Astronaut" artwork emblazoned all along its very generous side, our images 12 foot high, side by side, moodily staring straight down into our limo, accompanied by the faint cries coming from behind the large iron backstage gates. John-Simon-Roger-Nick-Andy!! I thought "You know what? This is working.” ...and it did, for a period of time I will never forget.