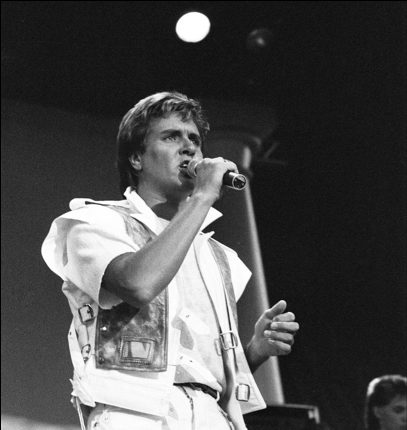 All that's brilliant about Brum is being celebrated at the Pride of Birmingham Awards, held in the historic Town Hall on Friday, September 26.

We are working our way through the many reasons to be proud of Brum.

Today's topic is the music of our great city.

Birmingham is the birthplace of heavy metal, with Black Sabbath and Judas Priest coming from the city.

Black Sabbath’s Tony Iommi, from the Aston area of the city, shaped the sound when he learned to play guitar in a different way following an industrial accident that removed the tips of two of his fingers.

He tuned the guitar down and relied on power chords, something guitarist Terry Butler also did - and together they produced the classic sound of metal.

With two Grammy awards and record sales of 70 million, they have been ranked the greatest metal band of all time by MTV.

The later metal bands Napalm Death and Godflesh are also from Birmingham.

Birmingham club Mothers, where Sabbath and many other stars played including Pink Floyd, Elton John, Rod Stewart, The Who and Led Zeppelin, was voted the world’s best rock venue in 1969 and 1970.

Birmingham band Judas Priest brought in a new wave of heavy metal, laying foundations for even heavier styles - and it was in the Sparkhill suburb of the city that grindcore was born when extreme metal and hardcore punk were merged. Napalm Death formed and defined the genre, and Godflesh followed.

Birmingham’s music of the late 50s and the 60s became known as Brum Beat - a counterpart to the Merseybeat of the Liverpool area.

The Moody Blues, formed in 1964, were the first of the Brum Beat bands to become internationally famous. At the time there were more than 500 groups in the city.

The first Birmingham band to release a commercial single were Jimmy Powell and The Dimensions, in 1962, and the first to make the top 10 were The Applejacks, in 1964. The most successful Birmingham group of this era were The Spencer Davis Group.

TV music show Thank Your Lucky Stars, broadcast by ABC Television from its Aston studios in Aston from 1961 to 1966 was a major platform for British pop music of this era and hosted the network television debut of The Beatles on January 13, 1963.

Birmingham didn’t have a dominant influence like Liverpool’s Brian Epstein so Brum Beat was far more diverse and defined more by geography than by the sound itself.

Wood left to form Wizzard, Jeff became the new frontman and the band went on to global success.

Lynne was named the fourth greatest record producer in music history and in 2014 received a star on the Birmingham Walk of Fame.

New Romantic legends Duran Duran formed in Birmingham in 1978 and have sold more than 100 million records.

They played regularly at city nightspot Barbarella’s, which was named after the 1968 sci-fi movie starring Jane Fonda. The group took their name from a character in that film and went to become resident band at the Rum Runner club in Broad Street.

Duran Duran - who have never disbanded despite a changing line-up - have won two Grammy Awards, two Brit Awards, and an MTV Video Music Award for Lifetime Achievement and also have a star on the Hollywood Walk of Fame.

Birmingham is also the birthplace of modern bhangra and the centre of the UK’s Asian music industry.

Bhangra emerged from the Balsall Heath area of the city in the 1960s and 1970s and Birmingham is now regarded as the international capital of bhangra music, producing almost 90 per cent of it.

Birmingham dance group Nachda Sansaar are one of the most high-profile Bhangra groups in the UK and have played at the opening of the Eurovision Song Contest and Commonwealth Games.

Bhangra was originally an energetic folk music brought here by Punjabi families from Asia and has been combined with modern Western styles, such as reggae, soul, rock, hip-hop, pop, house and drum’n’bass. These days, Birmingham Bhangra is even exported back to its original homeland in the Punjab.

There are more than a dozen Bhangra record labels in Birmingham, plus about 50 acts including dance teams, singers, bands and DJs. The first Bhangra artist to cross over into the charts was Birmingham singer Apache Indian, from Handsworth.

Thanks to bands such as Peace and Swim Deep, the Digbeth district of the city is gaining national recognition as a brewing point for some of the best new independent music.

The whole ‘B-Town’ label for the local indie music scene might make us and the bands themselves cringe but becoming one of the best areas in the country for music talent is some achievement.

Other areas around the country now look at Digbeth as an inspiration as they try to put themselves on the map. In fact, Digbeth was named The Shoreditch of Birmingham by NME.

Birmingham was named among the top UK cities that pushed the new 80s music genre called High Energy or Hi-NRG, which emerged when the dying disco scene was revamped with greater emphasis on electronics rather than real instruments.

Midlands radio DJs and clubs such as Birmingham's Nightingale were named in the music press as major influences in promoting the new club sound, which was eventually seized upon by Midlands DJ Pete Waterman and his associates Stock and Aitken as a template for numerous pop hits in the mid to late 80s.

R&B embraced the synthesiser too as electro-funk emerged - and Birmingham was at the forefront with its ‘all-dayers’. These daytime club events at the Powerhouse nightclub drew big name artists and dance fans from across the country.

When acid house arrived and began to spin off into various styles, it was Birmingham DJ Neil Rushton who identified, named and brought attention to a new offshoot called techno. He compiled an album called Techno! The New Dance Sound of Detroit for Virgin Records and then set up his own influential Birmingham label called Network Records.

Techno was merged with the city’s own industrial music in the early 1990s to form a fast, minimalist style known as the Birmingham Sound.

The idea of ‘sampling’ - taking sounds from one recording and using them in a new production - is well-known in the modern music industry. It was here in Birmingham that the concept first took on life.

Frank, Norman and Les Bradley of Birmingham tape engineering company Bradmatic invented the Mellotron, a keyboard that was arguably the original sampler.

Pressing the keys played recordings of real instruments, sound effects and voices that were stored on a piece of audio tape underneath. It was based on a similar American device called the Chamberlin that hadn’t been designed for commercial use by musicians.

With the support of BBC conductor Eric Robinson - who arranged the recordings that would go on the internal tape - and backing from magician and presenter David Nixon, a company called Mellotronics was formed and the first Mellotron keyboards were made in Aston in 1963, costing £1,000 at a time when a typical house would sell for £2,000 to £3,000.

The device was popularised by The Beatles and became a crucial part of rock music. Birmingham band The Moody Blues made great use of the device, as did Genesis, Yes and many other groups. As synthesisers grew in popularity during the 80s, the Mellotron faded away but a new version came on the market in 1999.

There are many other musicians and bands linked to Birmingham.

Birmingham’s Joan Armatrading, from Handsworth, was the first British black woman to have international music success. She was followed by fellow Brummie Jaki Graham - who became the most successful black British female artist of all time - and also Ruby Turner, Jamelia and, most recently, Laura Mvula.

Big names in the pop and rock world regularly come to the city for concerts.

Among the venues where you can see national and international music stars are the LG Arena, NIA, O2 Academy, Jam House, Glee Club and The Institute.

The LG Arena - previously the NEC Arena - is the 10th busiest arena in the world. Together the arena and adjoining halls of the National Exhibition Centre attract more than three million visitors a year.

The NIA is getting a £20.6 million refurbishment to keep it in the premiere league of venues competing to host major international shows. The revamp will transform the city’s skyline with three towering lighting sculptures.