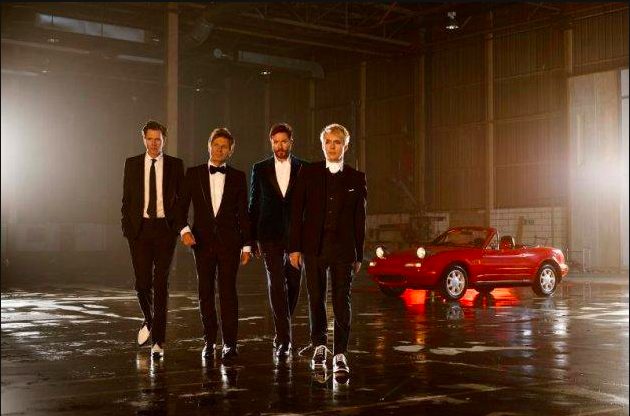 Mazda has announced it will stage the world debut of its fourth-generation MX-5 in the US on September 3 with the help of another global icon that first appeared in the 1980s, Duran Duran.

The 25-year-old pop music group and its biggest hit, 'Hungry Like a Wolf', will be the headline act in California's Monterey peninsula next week when the covers come off the new MX-5 for the first time.

Fan's will be able to watch the global reveal – which will be accompanied by simultaneous unveilings in Tokyo and Barcelona, live on Mazda USA's YouTube channel.

"Duran Duran and the MX-5 Miata both made their world debuts in the 1980s and captured the hearts and imagination of an entire generation," said Russell Wager, Mazda North America Operations vice-president of marketing.

"In 25 years, both the car and the band have evolved while staying true to their roots. It is this combination of authenticity and endurance that makes the pairing of the MX-5 and Duran Duran so appropriate for this reveal."

The MX-5, which celebrated its 25th anniversary on February 10, is the best-selling two-seat roadster of all time, with more than 930,000 models sold around the world since 1989.

Meantime, the equally timeless Duran Duran has sold more than 100 million records in the past three decades and continues to perform for screaming fans all over the world.