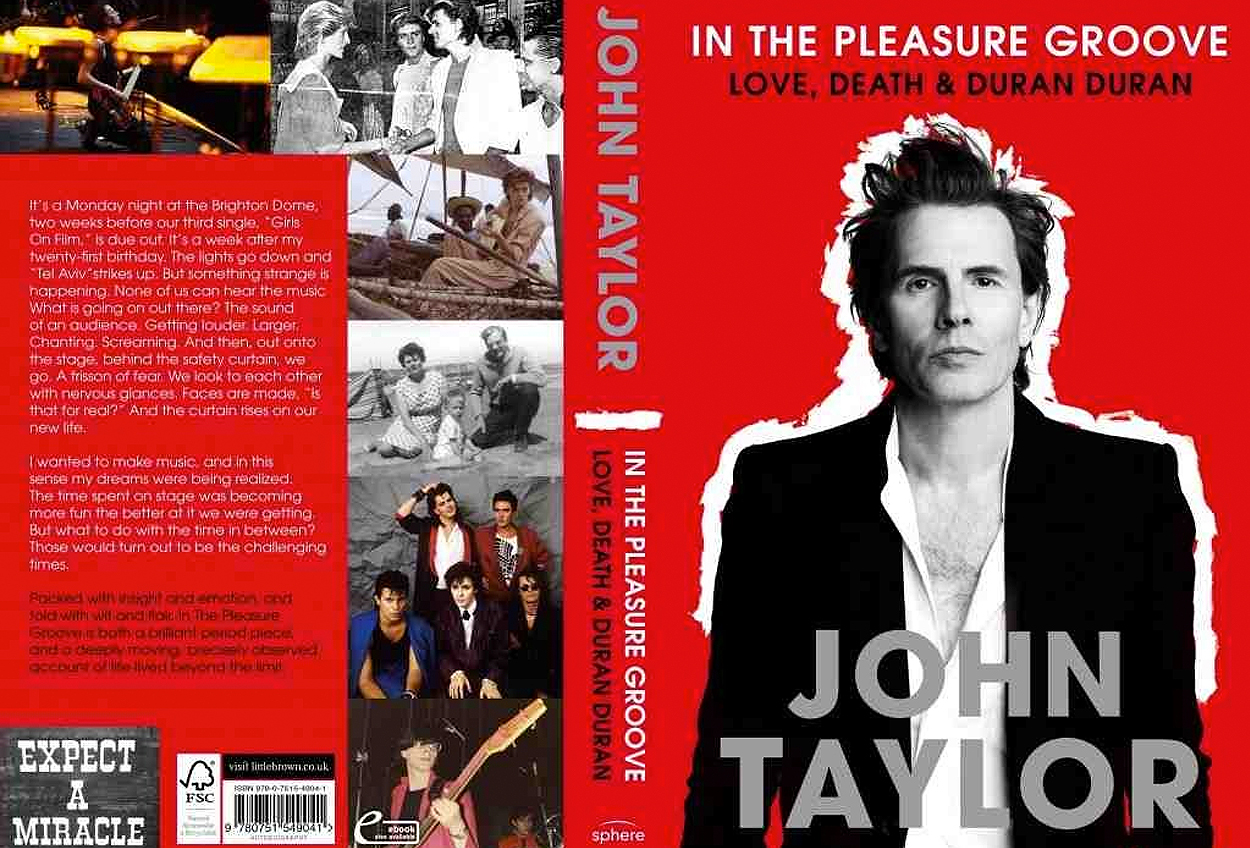 Every month the fan community features a Q&A with someone notable in the Duran Duran community. Last month Tom Sykes, co-author of "In the Pleasure Groove" sat down for an interview. You can read an excerpt below:

Our readers don't know exactly what you do when you work with someone like John - can you explain?

It was very interesting working with John because it was completely different to how I imagined it would be. I had imagined that I would tape record John, and then write an account of his life, but he had very different ideas. He wrote a lot of the material himself and then I would help him edit it. Sometimes, there were places he hadn’t gone to, and it became my job to say, “Look, John, you really need to write about X, Y or Z.”

When you're working with a 'celebrity' author, what's a typical day like?

I would go and stay for a week or ten days at a time and we hooked up my laptop to a big screen in John’s dining room, and we also connected TWO keyboards to the one system. So at times we would be arguing about how certain bits should be phrased, and I would be writing and JT would be deleting!
John often said he saw my role as being analogous to that of a producer on a record. The discussions would get heated at times but it really was terrific fun too. When we needed a break we would go for a bike ride – very rock and roll. At the end of the day, the collaboration worked because we both respected each other.

We have become friends. I think it shows John’s confidence in his work and his integrity that he has been so happy to publicly credit me with supporting him in the writing of the book.

What was your impression of him? Did you think he'd be a good storyteller?

First impressions of John were that he was straightforward and honest and that has certainly been born out. I think it would be hard to work with someone who wasn’t completely on the level. I think all musicians are storytellers anyway – when you are writing a story what you are really trying to find is the beat, the pace that sustains and defines the narrative.

** IN THE PLEASURE GROOVE is now available in the UK in paperback. You can buy it here: