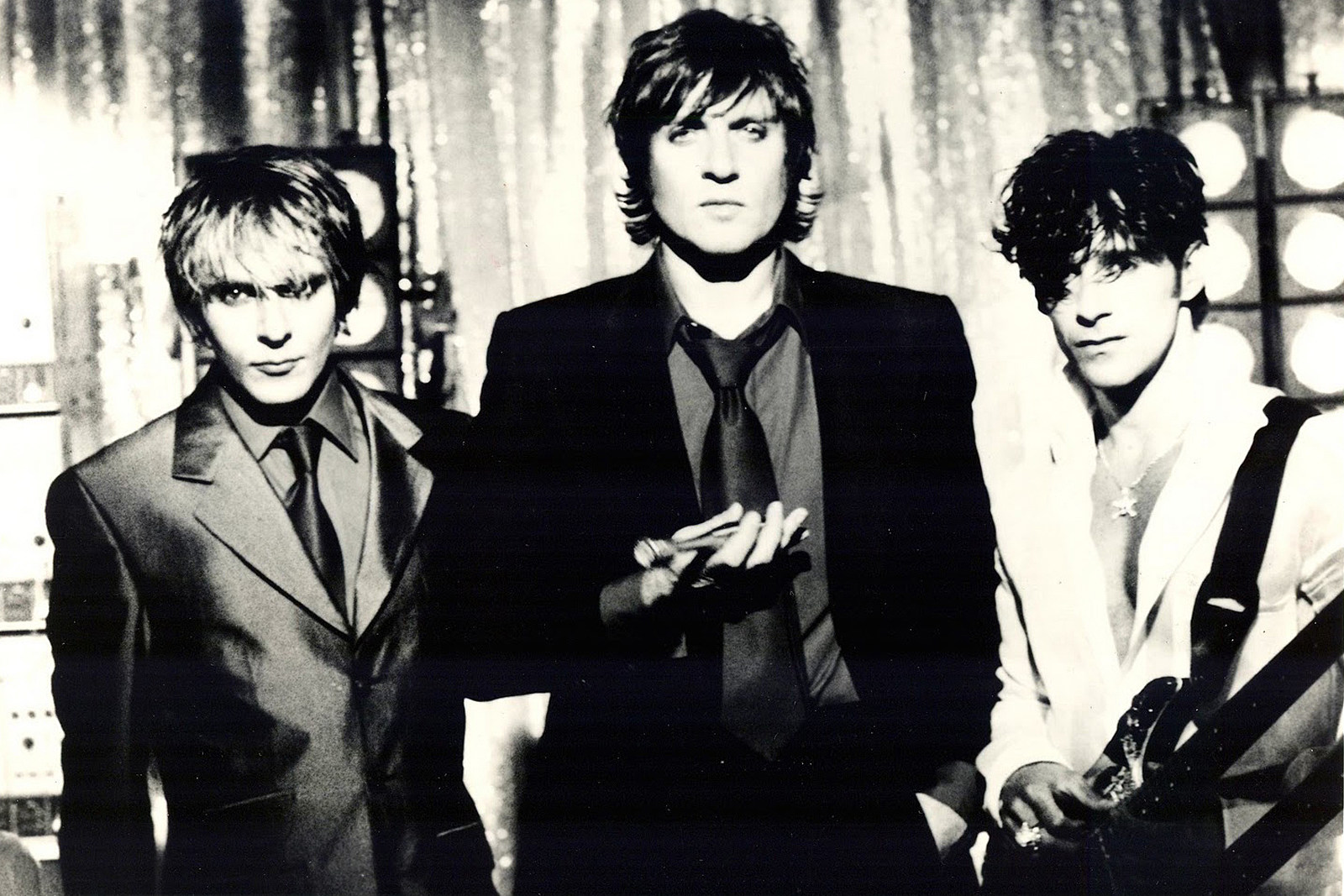 Pre-order goes live for TV Mania's 'Bored With Prozac and The Internet?', the project conceived in the mid-'90s by Duran Duran’s keyboardist Nick Rhodes and guitarist Warren Cuccurullo. Recently discovered deep within the Duran Duran vaults, these 11 tracks were constructed by blending television samples and looping rhythm tracks to create a sonically sophisticated collection of songs that now serve as the perfect backdrop for the frenetic energy and atmosphere of today's digital age.

On March 11, 2013, the TV Mania project will finally see the light of day on vinyl and a limited edition box set through The Vinyl Factory and digitally via The Orchard/Beatport.

Produced by TV Mania (Rhodes and Cuccurullo), Mark Tinley and Anthony J Resta, and mixed by Bob St. John, Bored With Prozac and The Internet? is a conceptual soundtrack for what the duo imagined as a “bizarre TV cyber soap opera,” about a family who gives away their freedom to scientists in exchange for a Hi-tech modern lifestyle and reality show fame. “We were envisioning a world where a family would give up their day-to-day privacy and allow their existence to be televised to the masses, and this was two years before the film, The Truman Show and four years before Survivor,” said Cuccurullo. “Now everyone is giving away their most intimate details online and on reality TV.”

The Vinyl Factory will release both limited Boxed and Gatefold editions of Bored With Prozac and The Internet? In addition to the vinyl featured in the gatefold, the limited edition boxed set will also include exclusive Polaroid photographs shot and signed by Nick Rhodes, screen printed artwork, a personally authored note by Warren Cuccurullo, and an oversized glossy booklet featuring exclusive imagery. The Vinyl Factory collaborates with musicians and artists to create premium vinyl editions. In 2012 the label released records by artists including Florence + the Machine, Roxy Music, Massive Attack, David Byrne and Martin Creed.

The tracks from the album “Beautiful Clothes”, “Euphoria”, and "I Wanna Make Films" have recently been remixed by the likes of MNDR, The New Sins, Philip Mossman from DFA, Bunny, Eric Hart, Monikker and MSTMX, and will be released digitally via Beatport in the coming month.

To pre-order and for additional information:

Previous Article
Duran Duran’s John Taylor Honoured as Musician-Author Accepts Writers In Treatment’s Experience, Strength & Hope Award
Next Article
Duran Duran – Is There Something I Should Know? 30th Anniversary, Limited Blue Vinyl Edition to be Released Exclusively for Record Store Day 2013
News
Back to all news