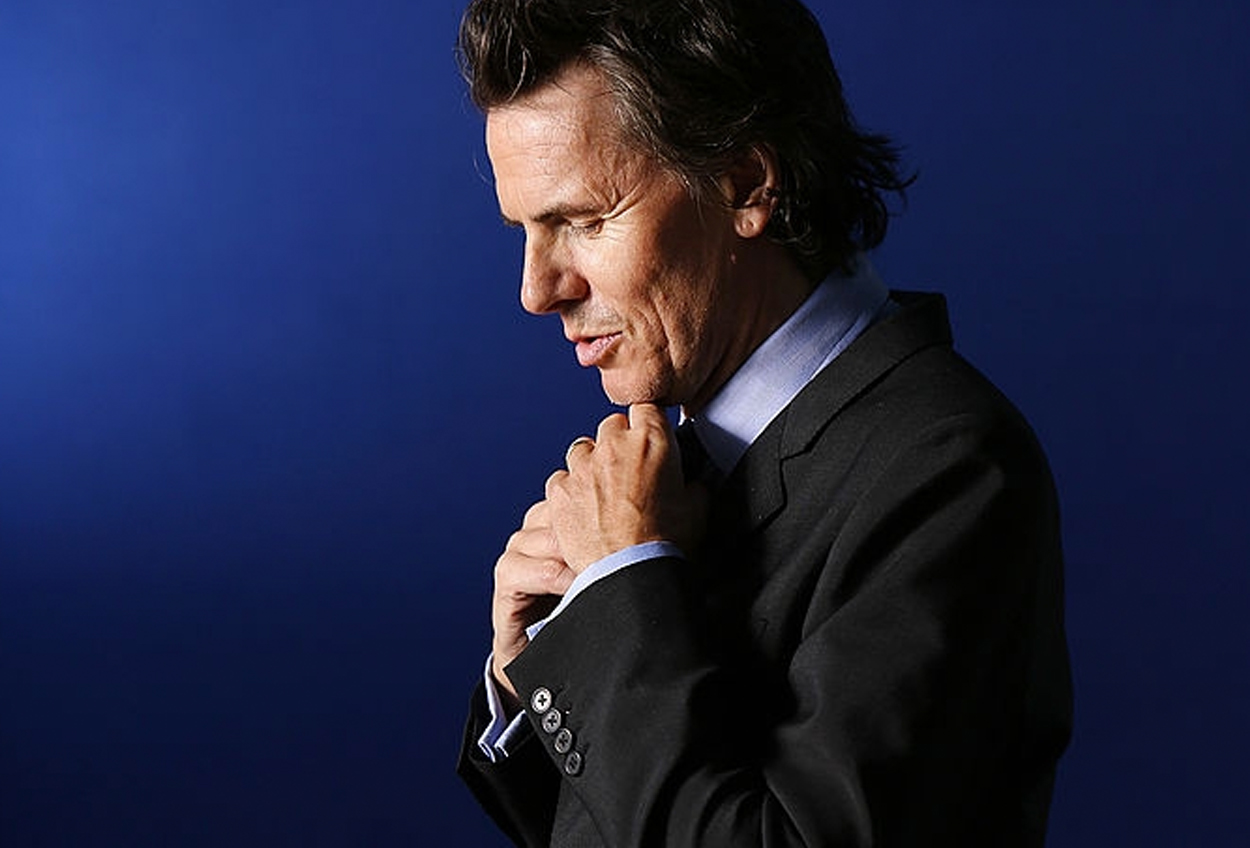 In 1983, the inaugural Edinburgh International Book Festival was only the third literary festival in the UK and while 30,000 visitors enjoyed events with 120 authors including John Updike, P D James and Melvyn Bragg; Harry Potter, Inspector Rebus, the Gruffalo and Mma Ramotswe had not yet been born. In 2013 the Book Festival, now one of over 300 in the UK and one of the most prestigious and highly respected in the world attracting over 200,000 visitors, not only celebrates writers and writing and the extraordinary flourishing of culture in Scotland over the last 30 years but also looks into the future.

Nick Barley, Director of the Edinburgh International Book Festival, said ‘This is not just a birthday, but a celebration of an extraordinary generation of talent. The explosion of Scottish culture over the last 30 years has reverberated around the world and our writers, artists and performers have influenced all aspects of our lives. While we have prematurely lost one of our greatest authors just last week, we must also celebrate the next generation of writers who are distilling the world around us.’

Barley and his team have asked leading thinkers to put forward their Blueprint for the future in a series of debates looking at changes in key areas including defence, the environment, copyright, mental health and the arts with the aim of improving life in 2043. With the Independence Referendum now only 16 months away, the Festival invites leading Scottish journalists, including Kirsty Wark and Iain Macwhirter, to identify the key questions that need to be answered before an informed decision can be made.

In a packed programme of over 700 events, the Book Festival welcomes authors from each edition of the Granta Best of Young British Novelists List which is compiled every 10 years. Salman Rushdie, featured on the 1983 list, looks back on his career over the last 30 years while Evie Wyld discusses her inclusion on the latest 2013 list. Margaret Atwood, Gavin Esler, Kate Mosse and Neil Gaiman have been invited to select and chair a series of events on genre, the collapse of trust, women in the 21st century and the reshaping of modern fantasy respectively.

With 42 debut novels, novellas and short story collections in the programme, the Book Festival’s First Book Award, sponsored by eBooks by Sainsbury’s, offers readers the chance to discover the stars of the future and to vote for their favourite. Authors eligible for the Award include some of the most talked about new adult and young adult writers from Australia, Argentina, Germany, Italy and South Africa as well as closer to home with books set in Glasgow, Edinburgh and on the Isle of Skye.

The Edinburgh World Writers’ Conference, the ambitious programming partnership between the Book Festival and the British Council which launched with 5 events in Edinburgh last year, has now toured to 14 literary festivals around the world, from Jaipur to Trinidad, and concludes with a discussion on the future of fiction with China Mièville, Hari Kunzru and Sema Kaygusuz.

A new strand ‘Making Music’ features explorations of great composers such as Britten and Verdi as well as a celebration of the joy and importance of singing and song-writing with artists Cerys Matthews, David and Carrie Grant, Daniel Rachel and Vic Galloway who launches his new book on Fife’s Fence Collective. Ian Rankin will be in conversation with pop legends Tim Burgess and Peter Hook, and the Festival also welcomes John Taylor and Tracey Thorn.

Ian Rankin will be joined by two of Iain Banks’ other close friends, Val McDermid and Ken MacLeod, who come together on the closing Sunday of the Book Festival to discuss the work of this Scottish literary legend, whose debut novel, The Wasp Factory, was first published in 1984.

Superheroes, comic book characters and even Don Quixote swoop into Charlotte Square Gardens as the Book Festival celebrates comics, graphic novels and the people who create them in Stripped. Over four intense days more than forty events lay bare the incredible scope of comics and graphic novels being produced today, giving audiences an opportunity to meet the writers and artists behind this surprising, witty and insightful literary form. From the legendary crusader Grant Morrison to the young avenger Kieron Gillen; from the dark dreams of Neil Gaiman to the washed-up world of Robbie Morrison, Stripped reveals new landscapes, explores comic strips and introduces graphic interpretations of literary classics and best-selling novels. Talks, translations, drawing and reading workshops will run alongside the inaugural 9th Art Award for the world’s finest English language graphic novel, an exhibition of comic designs and a Mini Comic Fair, which showcases work from independent comic creators in Scotland. Stripped is supported by the Scottish Government’s Edinburgh Festivals Expo Fund.

The Edinburgh International Book Festival runs from Saturday 10 August to Monday 26 August 2013. Full details of the programme are available from midday today at www.edbookfest.co.uk and tickets go on sale on Friday 28 June at 8.30am. Tickets can be purchased on-line at www.edbookfest.co.uk or by phone on 0845 373 5888. The Box Office will open at the Roxburghe Hotel, Charlotte Square Gardens at 8.30am on Friday 28 June only and will move to The Hub, Castlehill on Saturday 29 June.

Previous Article
A Moment With Duran Duran’s Nick Rhodes
Next Article
A Birthday Message from John Taylor!
News
Back to all news