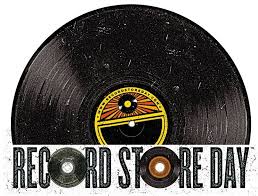 In May, 1993, shortly after the release of their seventh, platinum-selling studio album, commonly referred to as The Wedding Album, legendary British rock band, Duran Duran, played an intimate acoustic show at the now-defunct Tower Records on Sunset Boulevard, in Hollywood. Three reworked versions of classic Duran Duran tracks were captured at this one-off midnight event, that was broadcast live around the world: “Come Undone,” “Notorious,” and “Hungry Like The Wolf”. These songs were then released on the band's NO ORDINARY EP, a limited promotional cassette, available only in the United States.

Now, more than twenty years on, this rare collector’s item is being re-released in celebration of Record Store Day presents Back To Black Friday on white 10” vinyl. Limited to 5,000 individually numbered copies, the NO ORDINARY EP will be released for a suggested list price of $16.98, at all participating independent stores.

Currently in the studio working on a new album, Duran Duran bassist, John Taylor, said "We're really pleased that this rare piece of our history has been chosen for Record Store Day. I can remember the show vividly as it went out around the world via satellite. As an avid collector of vinyl myself, I think it will be a fan favorite."

**For fans outside of North America, do not despair, an unnumbered version of ‘No Ordinary E.P.’ will be also available for you early December. Stay tuned for details