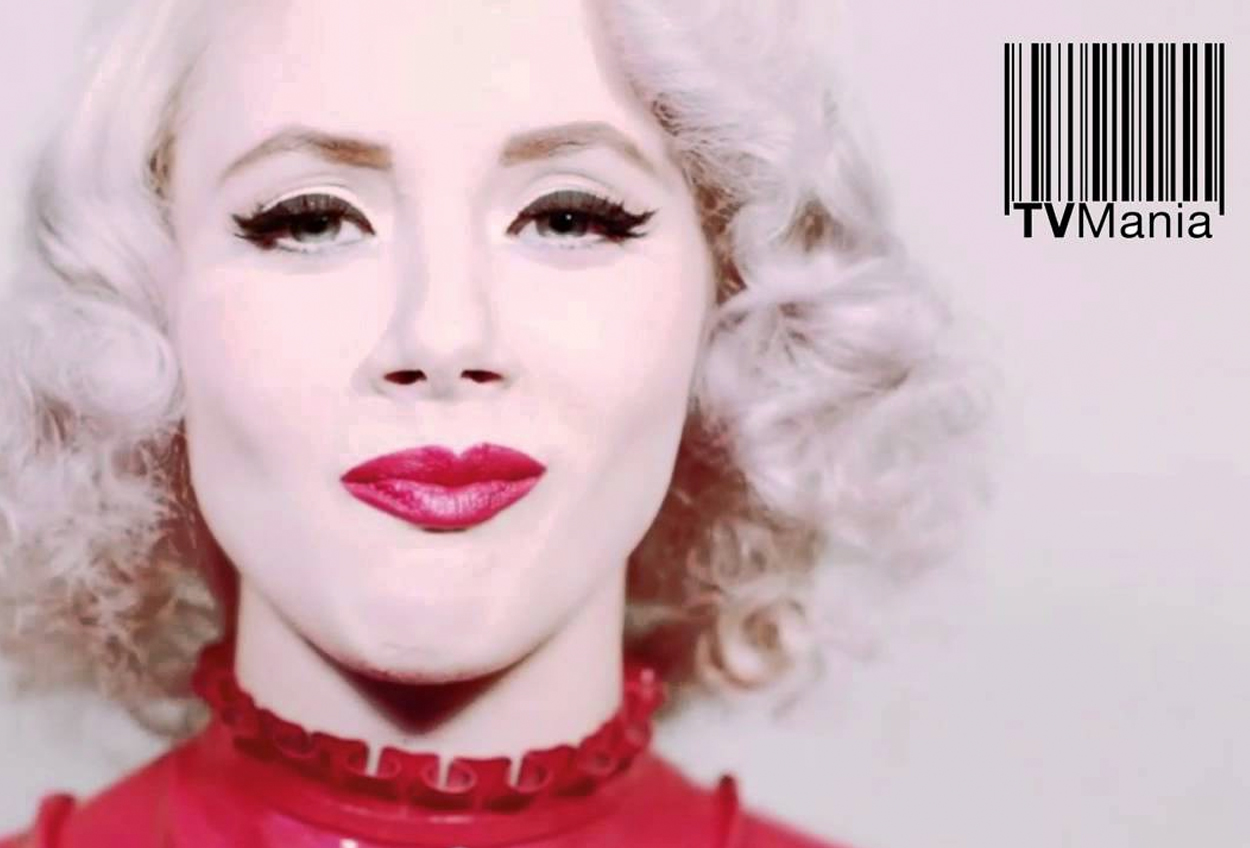 New York, NY – March 20, 2013 - Duran Duran’s keyboardist and founding member Nick Rhodes and former Duran guitarist Warren Cuccurullo premiered the first video for their song “Euphoria” off their TV Mania album Bored with Prozac and the Internet? on Paper.com today. The video, which was directed by Jean Renard and the Emmy-award winner Dutch Rall (In Context), was shot on location in Los Angeles and stars Miss Mosh, one of the world’s top fetish models. TV Mania was released on March 11th via The Vinyl Factory and The Orchard/Beatport.

The TV Mania recordings were created in the mid-'90s as a soundtrack to a bizarre cyber soap opera about a family who give away their freedom to scientists in exchange for reality TV show fame. The album was first released in two formats (a deluxe boxed set and a gatefold vinyl) but due to increased demand, TV Mania has now made available a new limited edition version of the record, entitled Euphoria Edition. It includes an exclusive oversized photographic print by Jean Renard & Dutch Rall, taken from the “Euphoria” music video. Limited to 200 copies worldwide, each of which has been hand signed by Nick and Warren, the Euphoria Edition also includes the album pressed on two 180-gram heavyweight white records, a 12-page booklet and exclusive 7" remix by Nick Rhodes, housed in a gatefold sleeve with cover illustration by Vania Zouravliov. Pre-order the set via The Vinyl Factory.

What the press has been saying about TV Mania:

"Music fans will be hard-pressed to find a more relevant record."- Huffington Post

“The idea behind…TV Mania was so prescient, it's a little eerie”-SPIN

“[TV Mania created] music about pop culture from within the belly of the beast.”-Rolling Stone

Previous Article
TV Mania’s Euphoria video
Next Article
It Must be the (Ziggy) Stardust! Bowie Retrospective Becomes the V&A’s Fastest Selling Exhibition Ever
News
Back to all news