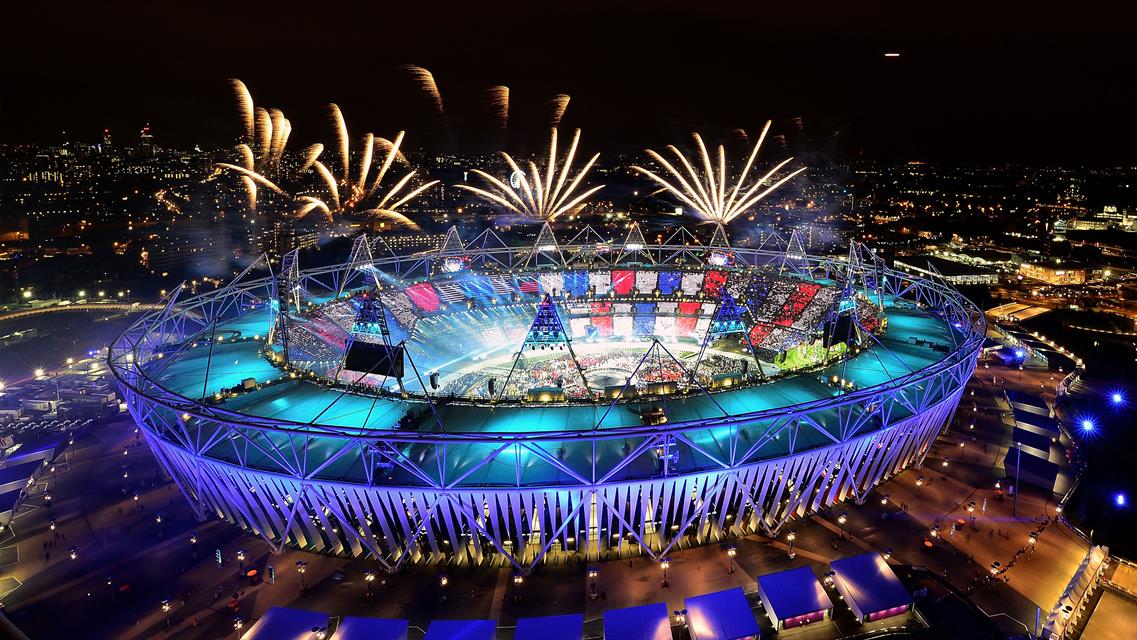 The start of the Olympics has been marked by a special concert in Hyde Park featuring Duran Duran, Snow Patrol, Stereophonics and Paolo Nutini.

The show was scheduled to coincide with the opening ceremony, which was also shown on big screens in the park.

Scottish singer-songwriter Nutini opened the concert to loud cheers from the 50,000 strong crowd.

Each of the four acts on the bill were selected to represent the different countries of the UK.

John Taylor from the band told the BBC: "We feel very English. But we feel British too, so we're in the right place."

Singer Simon Le Bon, who performed in a union jack themed jacket, called the gig "amazing" and said it was "the biggest show we've ever played in London town".

Bandmate Nick Rhodes added: "It's the last day of the European tour and it's the first day of the Olympics. What more could you ask for?"

The crowd cheered as the Red Arrows flew over Hyde Park while Duran Duran performed The Reflex.

The band also paid tribute to all of the British athletes taking part in the London Olympics, before dedicating their song Ordinary World "to the whole world".

Le Bon added: "May we have a peaceful games".

Snow Patrol, representing Northern Ireland, were selected to bring the London concert to a close.

Best known for hits such as Chasing Cars and Run, the band said the event was "really special."

"It's the only thing I'll ever represent Northern Ireland at," said frontman Gary Lightbody. "My 100 metre sprinting days are long past me."

"We were asked to represent our country, we're never going to say no to that," he added.

"The world is looking in on our nations and you've got to stand up for that."

Nutini, who performed hits such as Jenny Don't Be Hasty, also said it was "an honour" to be involved.

"To go fly the flag for your country makes it even sweeter," he added.

Welsh rockers Stereophonics played four small warm-up shows around the UK this week in preparation for their set.

Speaking to the BBC before going on stage singer Kelly Jones said it was great to get the opportunity to "fly the dragon" on behalf of their home nation.

"We are very happy to be here, it's brilliant to be representing Wales and to be part of such a big event," he said.

"It's not every day that the Olympics comes to your country."

The band said they would "try and cram all the best ones in" when it was their turn to perform.

"We're going to stick to a greatest hits set and give them what they wanted," said singer Kelly Jones.

Stereophonics bassist Richard Jones added: "I think the city's worked itself up to a bit of a frenzy. They want to have a good time and that's what we're going to do."

Their set follows the big screen coverage of the opening ceremony at the Olympic Stadium, where the crowd of 80,000 includes the Queen and a host of dignitaries and celebrities.

Masterminded by Oscar-winner Danny Boyle, the £27m extravaganza features a cast of 15,000 volunteers and is a quirky take on British life.

The sound of the National Anthem rang out in Hyde Park as spectators joined in with the ceremony in Stratford.

Scarborough man James Ralph, 29, said he had gone to Hyde Park because he had wanted to witness the ceremony somewhere memorable.

"It is amazing, it really is a Titanic event, a once-in-a-lifetime occasion," he said.

Westminster Council has extended Hyde Park's curfew until 01:00 BST for what they called an "exceptional evening", which was timed to co-ordinate with the opening ceremony.

Westminster Council has confirmed that the gig to coincide with the closing ceremony on 12 August, headlined by Blur, will also have the same curfew.