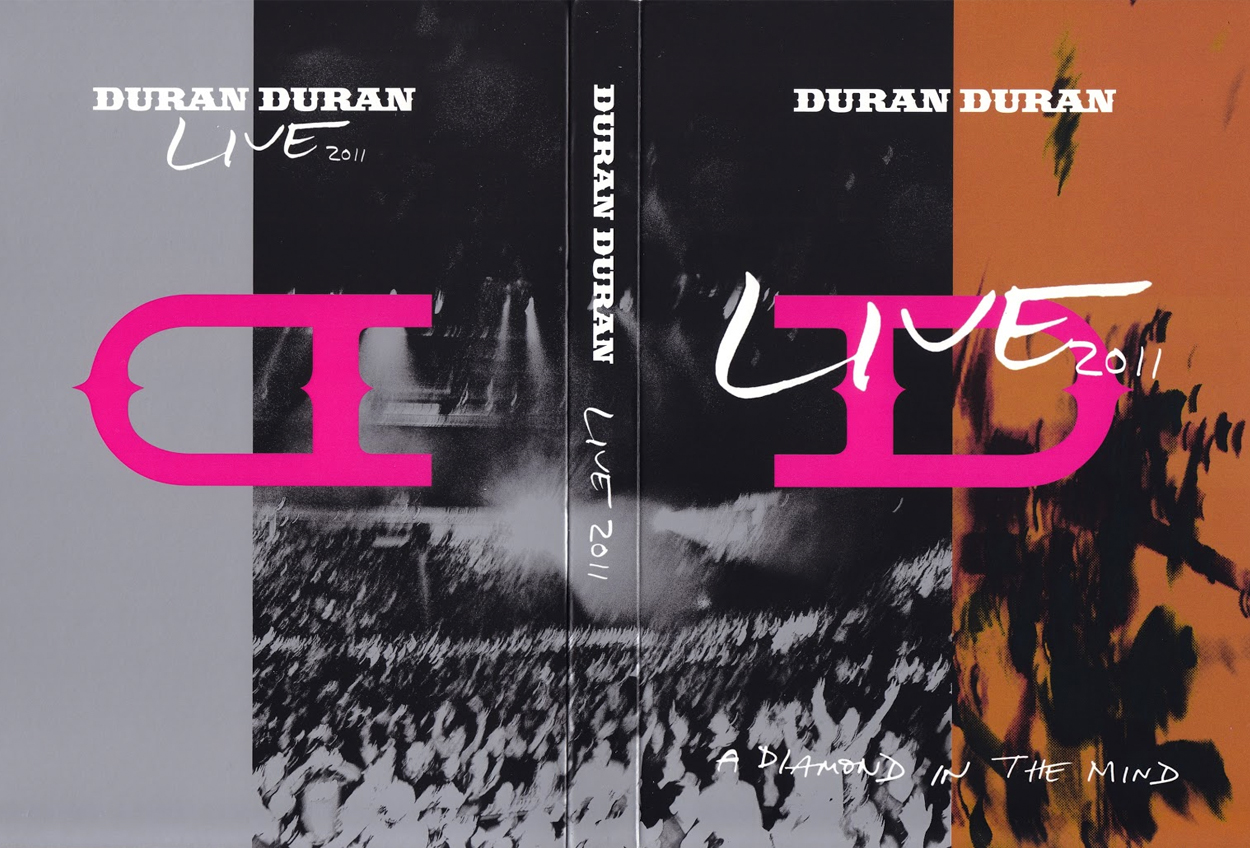 The video quality of this concert is fantastic as is the production–beautiful staging, video and lighting. Right from the start it’s clear that there has been a lot of thought and care put into making the viewing of this concert as interactive with the viewer as possible. Unlike the old days of concert video, a few cameras that primarily focus on the performers are replaced by more cameras than one can count. That coupled with slow motion, effects, shifts from color to black and white, zooms, pans and tons of other bits of manipulation making this a treat for the eyes.

By the second song the crowd is fully energized and the band seems to become more comfortable as well. Though in parts the cuts are quick I didn’t get dizzy as I do with some concerts. The core members of the band are here: Simon Le Bon, John Taylor, Roger Taylor and Nick Rhodes. Guitarist Andy Taylor is missing and had left the band on multiple occasions over their history. The guys aren’t 20-somethings anymore but they don’t look (or sound) like dinosaurs and they manage to keep the performance quite youthful.

The concert, called A Diamond in the Mind, was filmed at Manchester’s MEN Arena December 2011. There is a mix of newer material that came from the 2010 record “All You Need Is Now” (which didn’t have any singles that charted in the United States) as well as older classics. The band was huge in the 80s and as of current count have had 21 singles in the Top 100 while having sold 100 million records. The concert isn’t a greatest hits album by any means, but serves as a great introduction to the band and an excellent reminder that Duran Duran is still alive and well. Lastly, for those looking for a good concert in the widest 2.35:1 aspect ratio to show off their system this is the best one I’ve seen so far.

TrackList: Return To Now; Before The Rain; Planet Earth; A View to a Kill; All You Need Is Now; Blame the Machines; Safe (In The Heat of the Moment); The Reflex; The Man Who Stole A Leopard; Girl Panic!; White Lines; Careless Memories; Ordinary World; Notorious; Hungry Like The Wolf; (Reach Up For The) Sunrise; Wild Boys/Relax; Rio; A Diamond In the Mind.

Previous Article
Duran Tale a Pleasure Ride
Next Article
Enter the ’80s ‘In the Pleasure Groove,’ by Duran Duran’s John Taylor
News
Back to all news