After quite a grueling travel schedule through Asia, it was nice to arrive in Australia and have a bit of time to recover between shows. Apart from Melbourne (where the crowd was fantastic!), my favourite so far has to be Perth. (Some "interesting" facts: Perth is the second most isolated capital city in the world and also the sunniest capital in the world!).

Not only was this the biggest show we have done on this trip, but it was also set in the beautiful surroundings of the Sandalford Estate in Swan Valley. Once I had given up worrying about poisonous spiders crawling into my saxophone case and warnings about high mosquito activity, I relaxed and enjoyed the great outdoor atmosphere. The show set off to a really good start until somebody plugged something powerful into something not so powerful and the lighting desk blew up. This led to an impromptu extra song being added - a darker than normal "Careless Memories" - followed by a short intermission while they tried to fix the lights. Thanks to some quick thinking and improvisation from the crew, the show was up and running again with screens and limited lighting. Once we were back on stage, the problems were forgotten and the show finished with a bang (A good one this time!). It just goes to prove that the best experiences don't necessarily have to run smoothly!

Next stop - Sydney, Australia and then home for a couple of weeks before we hit South America!

ps -These photos are from a sailing trip that myself, Simon and a few of the crew went on in Perth, a couple of days before the show. We sailed from Hilarys, 3 hours down the coast to Fremantle, stopped off for lunch at the yacht club, and then sailed back again. Great day out! 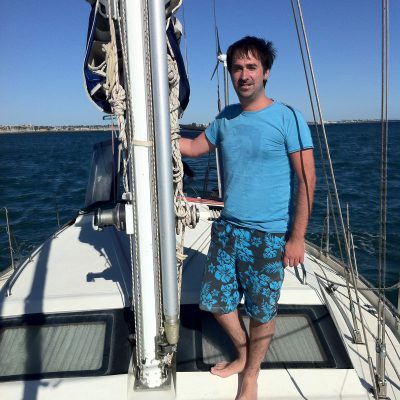 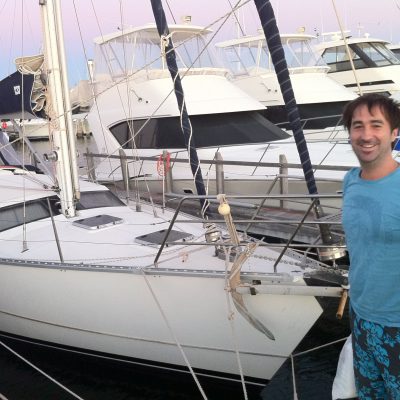